More than half a century ago UN Secretary General Dag Hammarskjöld said that “the United Nations was not created to bring us to heaven, but in order to save us from hell.” This past year has seen considerable soul-searching about the future of the United Nations, against the background of the 75thanniversary of the adoption of the UN Charter in 1945. Not surprisingly, the debates have not had the intensity that surrounded the creation of the UN during World War II. At the time, President Roosevelt and Prime Minister Churchill brought together the allied nations in the war effort against the Axis powers and there was a tangible sense of urgency; humanity needed to avoid in the future at all costs the calamity of global war, the utter hell associated in the end with some 60 million casualties and the destruction of entire cities and countries. The UN steered the world through the process of decolonization, saw the addition of over 100 new members in its early decades, was responsible for a significant strengthening in the international legal framework underpinning the concept of human rights and had its share of failures as well, many of them reflecting the particular flaws built in by its founding members in their efforts to protect national prerogatives and sovereignty.

“The moral authority of the United Nations would be considerably enhanced if the delegates were elected directly by the people.” — Albert Einstein

Successes and failures aside, the UN has emerged as our primary forum to address the major global catastrophic risks facing humanity in an increasingly interdependent world. For the UN to be increasingly effective and credible as a problem-solving organization, it must be perceived to have a much larger degree of democratic legitimacy. Unfortunately, the UN’s lack of direct representation of the global citizenry in its various component organs undermines its democratic legitimacy. Albert Einstein saw this clearly when in 1947 he wrote in an open letter to the UN General Assembly: “The moral authority of the United Nations would be considerably enhanced if the delegates were elected directly by the people.” Instead, the General Assembly is comprised of appointed diplomats representing the executive branch of their respective governments. In functioning democracies, UN representatives can be said to have some indirect connection to the people; in authoritarian regimes, there is no link whatsoever.

To directly elect all members of the General Assembly, the UN Charter would have to be amended, a tall order at this moment in history. A swifter and more feasible option to build democratic accountability would be the establishment of a directly elected United Nations or World Parliamentary Assembly as an advisory body to the General Assembly. This WPA would help bridge the democratic legitimacy gap that arises when an organization’s actions affect people’s welfare without the input of those affected. By forging a firmer linkage between the UN and the world population it seeks to serve, a World Parliamentary Assembly would be imbued with the credibility and legitimacy that the Security Council and the General Assembly, under the one-country-one-vote system, currently lack. Because its members would be accountable to the people that elected them, they could be expected to rise above purely national interests and to consider problems through the lens of humanity’s best interests. A WPA points in the direction of a global two chamber system that was promoted by democratic leaders such as Vaclav Havel: an upper chamber representing member states through appointed diplomats and another one composed of citizen-elected representatives.

The idea of establishing a second chamber at the UN has existed since the UN’s inception. In fact, Article 22 of the UN Charter allows the General Assembly to establish subsidiary organizations as it deems necessary. In other words, the creation of a World Parliamentary Assembly would not require an amendment to the UN Charter. As an “important question” defined in Article 18 of the Charter, the decision may possibly need a two-thirds majority within the General Assembly to pass if member states thus decide, but it would not require the approval of the Security Council. A second potential approach would be to form the WPA via a standalone treaty with the participation of a critical threshold of members, and then to set a process in place for the subsequent ratification by other members. This approach has been used successfully in recent decades on a variety of international initiatives, most recently with the 2017 Treaty on the Elimination of Nuclear Weapons.

There are multiple more paths to the establishment of a WPA. Regardless of the approach taken, the first step must be to build public and governmental support in a multi-stakeholder process involving wide consultations. There is general acceptance that the UN is no longer fit-for-purpose, as it is unable to seriously confront global problems. States that are dissatisfied with the status quo—of which there are many—could likely be convinced that a directly-elected assembly in an advisory role is a constructive first step towards improved global governance. In fact, the creation of a WPA has already received strong endorsements from a number of major bodies, such as the European Parliament, and the Pan-African Parliament which themselves represent laboratories for international parliamentary involvement, in addition to more than 1,500 current and former legislators from over 100 countries. Just recently, in December 2020, over 100 lawmakers from the Japanese Diet joined the international call for a UN Parliamentary Assembly.

Of course, there would likely be opposition from larger states, particularly those with veto power in the Security Council, that are satisfied with current power dynamics and fear introducing unpredictability into UN affairs. To assuage these concerns, the WPA initially would be set up as a consultative body, with the power to make recommendations on issues of international concern but with no effective political power. This way, the WPA would unlikely be perceived as a threat to the established political order. Furthermore, it will be important to continue strengthening the civil society campaign advocating a WPA and to obtain the support of sympathetic governments who could play a catalytic role within the General Assembly.

Fortunately, there is a useful model to guide the evolution of the WPA. The initial European Parliamentary Assembly was established by the six founding members of the European Economic Community (EEC) (Belgium, France, Germany, Italy, Luxembourg, and the Netherlands) and met for the first time on March 19, 1958. In the early years, members of the European Parliament served in a dual national and European capacity, but at a Summit Conference in Paris in December 1974 the decision was taken to move to direct election of members by universal suffrage, with the first such election taking place in June 1979. Perhaps for pragmatic reasons, a WPA might start as a hybrid body allowing states in a first transitional period to choose whether representatives from their country are directly elected or selected by national parliaments.

As European integration advanced and the European Parliament expanded, so did its powers. Over time it gained increased jurisdiction over budgetary matters, immigration, foreign and security policy, and many other areas where it now shares a co-decision role with the Council of Ministers. The European Parliament has moved to the center of decision-making on issues of concern to the European Union and has attained a large measure of democratic legitimacy. Interestingly, its members are not grouped by nationality but by broadly shared political persuasions or beliefs, suggesting that shared ideas and values are now considered more important than political geography.

Similarly, the WPA would be comprised of members who have a much looser linkage with their respective governments and their specific national – as opposed to global – priorities. As such, the WPA would be well-suited to find creative solutions to global problems, including the issue of reform and transformation at the United Nations itself. For instance, a directly elected WPA in operation would be an excellent preparatory step for the eventual emergence of a bicameral world parliament with legislative powers. With members that are not deferential to sovereign governments, the WPA could be an effective catalyst for renewed global governance. For the opportunity it offers to build democratic legitimacy, to incorporate new perspectives, to develop creative solutions, and to practice global governance, a World Parliamentary Assembly is an important first step towards a brighter global future. 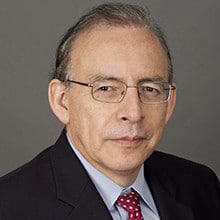