This week, political leaders from countries all over the world are gathering for their annual meeting at the United Nations (UN) in New York. Since its creation and to this day, there have been discussions about reforming the UN. Soon after the UN was founded in 1945, public figures like Albert Einstein called for a much more powerful and democratic UN. Today, leaders such as Ukrainian President Volodymyr Zelensky urge fundamental reforms to strengthen the UN, while NGOs like Democracy Without Borders campaign for making the UN more democratic and representative of citizens.

In an international survey in six countries worldwide (Argentina, China, India, Russia, Spain, and the United States), my co-authors Mathias Koenig-Archibugi of the London School of Economics and Political Science, Luis Cabrera of Griffith University in Brisbane, and myself, find widespread public support for increasing – or at least maintaining – UN authority over member states and for making its structures more directly representative of citizens around the world. Our findings thus show that citizens support decade-old and present-day calls for a more powerful and democratic UN.

A survey about the UN’s status quo vs. major reform proposals

In our survey experiment (a so-called conjoint analysis), we asked respondents to choose between different combinations of UN design features including decision-making procedures, the bindingness of resolutions, enforcement capabilities, and sources of revenue. Survey options included expanding the powers and representativeness of the UN, limiting them, and maintaining the status quo (see here, table 1 on page 5).

Overall, we find that respondents support strengthening or maintaining the current authority level of the UN, and making its structures more representative of the world population. For example, at the moment, UN decisions are binding on every UN member state only on matters of international peace and security if so adopted by the UN Security Council. Our survey shows that respondents are supportive of making decisions on important environmental and economic matters binding as well. In contrast, the option of making decisions binding only on those states that voluntarily accept them is the most unpopular proposal across all survey countries (see here, figure 1 on page 9).

On the issue of delegates, we asked respondents about their views on the status quo and two reform proposals: a second chamber composed of directly elected representatives and one composed of national parliamentarians, as suggested by the Campaign for a UN Parliament. The international public views both proposals more positively than the status quo where the highest decision-making bodies of the UN include only representatives from national executives. Moreover, people clearly prefer a second chamber with directly elected representatives to one with national parliamentarians (see here, figure 1 on page 9).

We find diverging views on UN reforms to be associated with personal political values like cultural libertarianism versus traditionalism, as well as home country characteristics such as membership status in the UN Security Council. For instance, while citizens of the permanent five (P5) member states of the Security Council (in our survey, China, Russia, and the United States) on average prefer to maintain their governments’ veto in the Council, citizens of non-P5 countries (in our survey, Argentina, India, and Spain) tend to be significantly less supportive of maintaining the veto of the current P5 countries. However, citizens of both groups of countries agree on extending veto powers in the Security Council to other important UN member states (see here, figure 2 on page 10).

Will the UN see the transformation that people want?

Our survey shows that often the most popular option is not the one represented by the current UN. On the whole, we find public opinion to lean toward the positions of those reform advocates who have called for the UN and related global institutions to move closer to supernationalist and cosmopolitan ideals. Our findings are consistent with that highlights the importance of institutional design features to public perceptions of the legitimacy of international institutions.

Commenting on the findings, my co-author Mathias Koenig-Archibugi says: “Publics around the world are often portrayed as hostile to international institutions and keen to loosen constraints on national leaders. Our survey disproves that perception. Far from supporting attempts to weaken and undermine the UN, they want this global organization to have more power to address today’s security, environmental, and economic challenges. But they also want to choose who represents them at the center of the UN rather than relying entirely on their governments for that.”

With the UN facing long-standing calls for structural and procedural changes, and as the UN General Assembly is discussing such potential reforms at its ongoing session, our study contributes to an important current debate. UN Secretary-General Guterres wants this year’s session to be “a moment of transformation”, and Ukrainian President Zelensky called on member states “to do everything in our power to pass on to the next generations an effective UN with the ability to respond preventively to security challenges and thus guarantee peace”. Our research shows that such leaders’ calls for reforms are supported by people around the world, including citizens of some of the most powerful member states of the United Nations.

Here you find a free open-access copy of the research article. The survey was carried out in 2019. 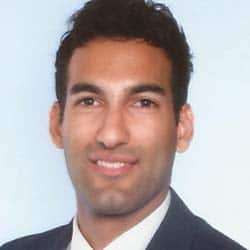 Farsan Ghassim
Dr. Farsan Ghassim is a Junior Research Fellow at Queen's College (Oxford), having previously worked at Bain, the German foreign service, the EU Parliament, and the UN, among others. He holds a DPhil in International Relations (Oxford), an MA in Global Affairs (Yale), and a BSc in Management (LSE).
Mehr dazu