Debate on a World Parliament: “We cannot wait for another disaster”

On 25 October 2018 Democracy Without Borders Sweden, together with the Global Challenges Foundation and the Institute for Future Studies organized a seminar on the book A World Parliament: Governance and Democracy in the 21st Century by Andreas Bummel and Jo Leinen which was published in English in spring 2018. More than 50 persons with an academic background and from other parts of civil society participated.

The seminar was introduced and moderated by Folke Tersman, a professor of philosophy at the University of Uppsala and active at the Institute for Future Studies where the event took place. Andreas Bummel, co-author of the book and executive director of Democracy Without Borders, presented the book’s underlying ideas and took as a starting point the promise of “never again” that was given at the creation of United Nations with a view of the horrific crimes of the Second World War and the Holocaust. He pointed out that in many cases such as currently in Syria the UN failed to live up to this promise as it is blocked from taking action due to the veto right in the Security Council, among other things.

In the lecture it was stressed that the common need for security and to tackle global catastrophic risks such as climate change cannot be met through the current UN system which builds upon voluntary intergovernmental cooperation, and which makes effective common global decision-making impossible. The international agreements that are being reached are either watered down by compromises, or, in the case of more ambitious treaties, countries may choose to stay outside, or to simply leave as soon as it suits them, according to Bummel, who pointed towards the need for an evolutionary leap forward in order to successively establish democracy and rule of law on the global level. As a first pragmatic step he advocated the establishment of a United Nations Parliamentary Assembly.

Based on the first part of the book, which gives an account of the history of the idea of a world parliament, Sörbom asked, inter alia, about the lessons learned from past experiences and developments. What has been more or less successful in previous attempts to build a global democratic order? Agné asked, among other things, whether at this point in history it wasn’t too late for the creation of a world parliament in the light of decreasing political support for multilateralism and the urgent nature of global challenges?

We must use reason to anticipate and avoid a future disaster

Bummel recalled that several of human history’s crucial advances in the development of the international order have only taken place after large-scale and catastrophic wars such as the Thirty Years’ War in the first half of the 17th century and the World Wars of the 20th century. “But we simply cannot wait for another disaster in order to reach further progress. A Third World War would probably destroy all the preconditions of advanced civilization. On the contrary, we must use our reason and do everything possible to anticipate and avoid such a future disaster”, he said.

The aim of the Global Challenges Foundation, one of the organizers of the event, is to contribute to reducing the main global problems and risks that threaten humanity. Executive director Fredrik Karlsson explained his view after the discussion: “The strength of the book is its way of clearly pointing out the importance of making common decisions in order to deal with global catastrophic risks”.

The seminar was part of the Global Week of Action for a World Parliament. It ended with a group photo of participants holding a banner saying “World Parliament Now!”. During his visit to Stockholm, Andreas Bummel also participated in other meetings, including with members of the Swedish parliament.

”Ever since it became a member in 1946 Sweden has always been a strong supporter of the United Nations. We at Democracy Without Borders hope that the Swedish government will consider assisting the creation of a UN Parliamentary Assembly. The meetings and events in Stockholm around this year‘s UN day were a great step in building more awareness for our goals“, he commented. 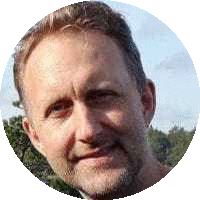