Freedom House’s 2021 Freedom in the World report casts the state of democracy worldwide as dire, with global freedom declining for the 15th straight year and with the gap between the countries seeing their conditions improve and worsen the widest ever. Governments took advantage of the coronavirus pandemic to crack down on opposition, and even in nations where restrictions based on public health were well-intended, overreach was common.

Nearly three out of four people – more than five billion in all – lived in a country that witnessed deterioration in freedoms in 2020, and in powerful authoritarian states like China and Russia, governments and the media used democracy’s global woes to make the case that democratic systems are inferior and doomed to failure.

Trend towards less freedom in the world continues

In the decade between 2010 and 2020, the number of nations rated “partly free” has been mostly stable – 60 in 2010, and 59 last year – but the number of “free” nations has declined from 87 to 82, and the number of “not free” nations has increased from 47 to 54. Those numbers are amplified by the fact that India – with more than 1.3 billion residents – slipped from “free” to “partly free” over the past year due to crackdowns on critics of the government of Prime Minister Narendra Modi, a broad pandemic lockdown, and government-encouraged scapegoating of Muslims.

The United States, though still rated “free” in the new survey, has experienced a precipitous decline in its score over the past decade. Scored at 94 out of 100 in 2010, the U.S. scored just 83 in 2020, due to rising political corruption, lack of transparency in government, and punitive immigration and asylum policies. Freedom House points out that conditions in the U.S. became even worse after the start of the new year, with the January 6 insurrectionist riot at the U.S. Capitol and the defeated president’s refusal to accept the results of the federal election.

Though 64% of the “free” countries saw no substantive change in their status in 2020, a majority of the “partly free” nations experienced further decline, suggesting a trend toward authoritarianism in these countries. Conditions also grew even worse in 41% of the “not free” countries, with only 12% of these countries showing improvement.

Freedom House also points out that while governments in many countries used protest movements as a justification for further oppression last year, protests in Chile and Sudan led to democratic improvements. This may offer a glimmer of hope amid the general bleakness. 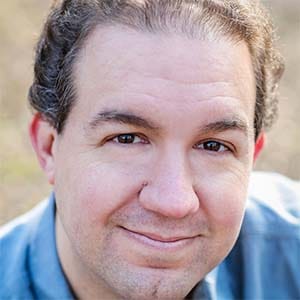