On March 4th Freedom House in Washington D.C. published its 2020 report on Freedom in the World, finding that in 2019 overall global freedom declined for the 14th consecutive time. “Democracy and pluralism are under assault”, states the report and explains that dictators are not the only ones responsible for diminishing freedom on a global scale. Freely elected leaders who are narrowing their concerns to their own nation’s short-term interests are contributing their part to this development as well.

Of the 195 countries assessed, 83 (42.6 percent) were rated “free”, 63 (32.3 percent) “partly free”, and 49 (25.1 percent) “not free”. While the number of countries who suffered losses of freedom declined slightly from 68 in 2018 to 64 in 2019, the number of countries who accomplished a rise in their population’s freedom declined significantly from 50 to 37 in the same period. The unusually high number of countries with an increase in aggregate freedom in 2018 could prove to be an outlier. This seems plausible, considering that the number of 37 countries with gains in aggregate freedom is just slightly below the average of the last ten years. Furthermore, Freedom House found that a total of 115 could be classified as “electoral democracies”, countries that have met certain minimum standards for political rights. This is a minimal rise from last year’s 114.

Particularly worrisome is the fact that declining values of aggregate freedom affected all regime types and could be found all over the globe:

In its report, Freedom House identifies the absence of international democratic leadership as one of the most urgent issues. India and the United States, the world’s two largest democracies, are increasingly willing to break down institutional safeguards and disregard the rights of critics, minorities and immigrants at home. At the same time, they neglect to tie democratic principles to their foreign policies in a consistent manner. This absence of democratic solidarity comes to light not only in India and the United States but also in major European democracies. This development potentially encourages authoritarian regimes to restrict their population’s civil and political rights even more since they do not have to fear a united reaction from democratic states. A frightening example for this trend was the absence of a coordinated international response to China’s campaign of cultural annihilation against the Uighur minority in Xinjiang that came to be known to a broad public in 2019.

Despite the overall slide in global freedom, there are countries that achieved considerable gains in their aggregate freedom. This is the case for Sudan, Madagascar, Ethiopia, North Macedonia and Guinea-Bissau among others. However, some of these countries suffer from internal conflicts and international support would be of great importance to consolidate the positive developments of the past year.

Whereas political and civil rights are crumbling in countries all over the globe, the human desire for equality, justice and freedom from oppression seems to be as great as ever. Proof of this are the numerous mass protests in Hong Kong, Algeria, Sudan, Bolivia, Chile and other countries.

The report states that 75 percent of the world’s population lives in “free” or “partly free” countries whereas 25 percent live in countries rated as “not free”. Nevertheless this seemingly comforting number must not be allowed to hide the fact that the need for democratic solidarity and domestic adherence to core democratic principles is as urgent as ever. 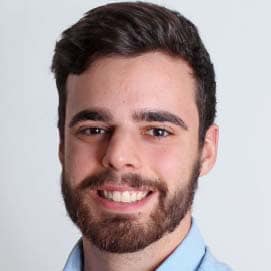 More than half a century ago UN Secretary General Dag Hammarskjöld said that “the United Nations was not created to bring us to heaven, but in order to save us from…