“So, perhaps now is the time to reopen discussions about adopting more democratic principles at the global level – everyone might one day vote in a world parliament.”

Those words appear on page 203 of the Kindle edition of “Breaking Boundaries,” a new book on the climate crisis and other related problems. It is one of several places where authors Johan Rockstrom and Owen Gaffney mention the United Nations.

They also discuss policies that would work best in a more effective and democratic U.N., although they do not make the connections with world federalism this would imply.

The policies include an international carbon tax (with much of the money going as social dividends to low income households), a global wealth tax, prices on nitrogen, phosphorus, and water, a global transformation of agriculture, a radical overhaul of the global health system, geo-engineering, and longterm global planning.

Rockstrom is a co-director of the Potsdam Institute for Climate Impact Research (PIK) in Germany. He was formerly the executive director of the Stockholm Resilience Centre at Stockholm University. Gaffney is the director of international media and strategy at the Stockholm Resilience Centre. He is a journalist, filmmaker and writer, and trained as an astronautic and aeronautic engineer. A Netflix documentary narrated by David Attenborough accompanies the book. Greta Thunberg wrote the book’s forward.

Nine planetary boundaries that should not be crossed

In 2009, Rockstrom led a team that developed what they call the planetary boundaries framework. The framework identifies nine subsystems of the Earth system, each with boundaries that should not be crossed. The nine are climate change, ocean acidification, novel entities such as chemical pollution, nitrogen and phosphorus nutrient cycles, freshwater use, land use changes, biodiversity loss, air pollution, and ozone depletion.

So far, four boundaries have been transgressed: climate, biodiversity, land, and use of nutrients.

One could argue about how the subsystems were chosen. For example, nuclear weapons and artificial intelligence are included under novel entities while a case could be made that they deserve their own categories.

Act I of the book tells the story of Earth’s life support system. The main message here is that the Earth has a hair trigger – small changes in the past have sent temperatures soaring and could do so again.

Act II is the story of the scientific advances of the past three decades. We are no longer in the Holocene, the relatively stable geological epoch of the past 10,000 years. Instead, since about the 1950s, we are in the Anthropocene – an epoch during which Earth’s system processes are being dominated by human beings on an exponential basis.

Act III tells about the Earthshot – meaning to save the Earth we need to organize as was done for the moonshot back in the 1960s and 1970s. 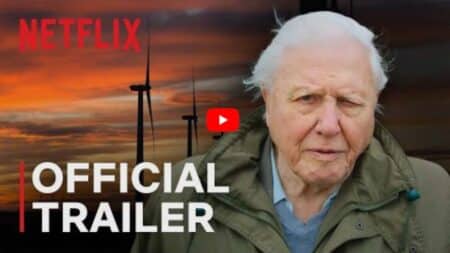 The essential elements of the Earthshot appear to be the Carbon Law – the need to reduce our use of fossil fuels by 50% per decade and to be at net zero by 2050, and the Zero Law for nature – from now on we need to have zero loss of habitat.

We must learn how to manage the global commons

To do this we must learn how to collectively manage our global commons. There are at present four legally recognized global commons: Outer Space, the high seas, Antarctica, and the atmosphere. However, the term “global commons” needs to be expanded to include all systems that regulate the stability and resilience of Earth.

The book mentions Elinor Ostrom, who won the Nobel prize in economics for her research into how people manage common resources. In 1999 Ostrom outlined how to adapt her eight principles of managing common resources to planetary stewardship.

An important tool for planetary stewardship will be “doughnut economics,” as proposed by Oxford economist Kate Raworth, which seeks to provide a floor of basic needs of citizens (inner doughnut) beneath a ceiling posed by the planetary boundaries (outer ring).

Rockstrom and Gaffney say the tools we need are available: regenerative agriculture, nature-based solutions, circular economic models, science-based targets for business, and collective governance of our global commons at all scales. Stability is achievable within 30 years, they believe.

They ask, what if this is the fifth phase of planetary evolution, when the biosphere consciously manages the planet for habitability? The goal could be Terra Sapiens or Wise Earth.

The book is worth reading and the documentary is worth watching. Both give good overviews of the complex environmental crisis we face. Be aware, however, that they are targeted at a popular audience and therefore often do not go into a subject in any great detail.

This article was originally published at wfmcanada.org. Republished here with kind permission. 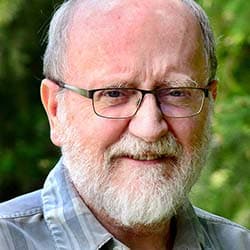 Keith McNeill
Now retired, Keith McNeill was formerly the editor of the North Thompson Times newspaper in Clearwater, B.C., in Canada. He has been a member of World Federalist Movement-Canada since 1989.
Related