The veto power in the UN Security Council

The Security Council (SC) of the United Nations is the organ charged with maintaining “international peace and security” and, under international law, represents the ultimate authority in respect of conflict resolution. Looking back at the decades that have passed since its establishment in 1945, the SC has utterly failed.

In the decades since 1945, the Security Council has utterly failed

Not only has the veto-power of the five permanent members (P5) resulted in inaction with devastating consequences, but there is also reason for concern regarding the Council taking upon itself a role as a quasi-world-legislator and thereby imposing orders on countries that are not represented in the organ. Finally, the sole adjustment that has been made to keep pace with the ongoing change in the geopolitical environment (the enlargement of the council from 11 to 15 members, absent any change concerning the composition or powers of the permanent members) has been found inadequate for providing a more democratic representation of regions and peoples of the world.

Flaws Foreseen by the Founding Fathers

These flaws in the system were already anticipated by the signatories of the UN Charter at the 1945 San Francisco conference. Especially the extensive veto-powers that the P5 had decided to grant themselves provoked fierce opposition.

The veto power provoked fierce opposition from the beginning

However, the geopolitical balance of power at the time made it impossible for smaller countries to stand up against the driving force behind the Charter, the United States. U.S. representatives thus were able to pacify critical voices by offering a mechanism for further democratization and reform of the SC at a later point in time.

The Power to Veto Amendments to the Veto-Power

This concession took the form of Articles 108 and 109 concerning Charter review procedures. While Article 108 describes the required steps for making specific amendments, Article 109 introduces the option of a review conference outside of the usual General Assembly (GA) meetings with the purpose of a comprehensive “review” of the Charter. Both these avenues for making changes to the UN Charter include the criteria of two-thirds of the UN member states voting for and ratifying a proposed amendment. However, in addition, “all the permanent members of the Security Council” must also ratify before the amendment goes into force. This unanimous concurrence of the P5 is the biggest challenge to adopting any amendment to the UN Charter, particularly if the interest of a P5 member is threatened or the P5 member’s privileged veto rights are diluted or revoked.

The Unfulfilled Promise of Article 109(3)

The significant advantage that Article 109 provides over 108 is found in its third paragraph. The founders of the UN Charter and all the countries signing it expected a General Conference (Review Conference) to be held—if it was not already held earlier—at “the tenth annual session of the General Assembly.” Further, if this was not the case, “the conference shall be held if so decided by a majority vote of the members of the General Assembly and by a vote of any seven members of the Security Council.”

Convening a review conference does not require P5 approval

In other words, the intention was not only to hold such a review conference but also the procedures to convene it were made significantly easier for the time after the tenth session by requiring only a simple majority of both General Assembly and the Security Council to concur – crucially, no veto could be used. Curiously, despite widespread discontent with the current state of the SC and the provision that a review conference should be held no later than 1955, no such action has occurred to this date.

The reason for why most international law scholars and policy makers have historically neglected this path as being viable is rooted in the second phase of the procedures described in 109. When it comes to the ratification of the changes that are recommended as a result of the review conference, not only a two-thirds vote of the UN member states is required, but also that all P5 vote in favor. Again, the veto-power stands between the need and desire for democratic reform, and it being realized in the form of amendments to the UN Charta.

However, when it comes to the practice, there is disagreement, as to how a member of the P5 can veto the outcome of a Charter Review once it was held. For example, the Charter is not clear as to the duration of the ratification process, and what happens if a member of the P5 abstains from the ratification process, neither adopting or rejecting the review outcome. Further, once amendments have passed the stage of recommendation and the ratification process is started, the P5 have historically been much more prone to give in to global political pressure of the majority, despite their formal power of unilaterally putting an end to any change of the Charter.

Even though there are multiple possible pathways, the most likely option for revival of the Article 109 (3) is through the GA, by one or more states putting it on the agenda for a particular GA session. Such an effort will be the most promising when a critical mass of countries representing different regions of the world which are committed to reforming the SC is reached beforehand.  Another player that could rise to the occasion to leverage its growing power is the European Union. With Article 34 of the Treaty on European Union providing a legal basis for EU members to adopt a united stance in respect of the UN and with the historical lack of influence from European powers in the drafting stage of the Charta, it seems like it could now be Europe’s turn to take the lead in triggering the Charter review process. However, regardless of which countries take the initiative, the fact is that Article 109 is still active, and that the chances of success for a direly needed reform of the SC are not as slim as some might think. 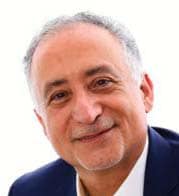