Efforts for longevity must go along with strengthening global democracy

A growing interest in life extension technology has led to investments of billions of dollars with a plethora of intriguing technologies promising advances in combating aging. As average human life expectancy increases and aging is considered a disease that needs to be overcome, long-term social and political ramifications need to be addressed. Efforts for longevity must go hand in hand with a strengthening of global democratic structures, including the establishment of a world parliament.

Average life expectancy has been increasing to unprecedented levels, with average expectancy rising roughly one year in every four. Some pronounce the possibility of an addition of an extra 15-20 years to one’s life as early as 2030-2045. An array of businesses and nonprofit organizations, such as the Life Extension Advocacy Foundation, are working on technology that could increase average life expectancy even further and may allow for a maximal lifespan of more than 120 years.

The rise of the conservative elderly?

There is ample evidence for a correlation, though not causation, of political viewpoints by age. The older an individual is, the more conservative he tends to be. In the UK, for instance, those over 25 were twice as likely to vote to leave the EU, while in America those over 40 were more likely to vote for Donald Trump. Both saw their opposition lie in a globally minded younger voting bloc, and their support in a more nationalistically minded older voting bloc.

Some speak of this as an almost inevitable consequence of the psychology of aging; as people get older, they tend to become less questioning of their assumptions, and more comfortable with familiarity. As speed of information-processing slows as people age, they may “economize thinking” and adopt a more black-and-white view towards life. They adhere to stricter ways of thinking that tend to dismiss differing points of view. According to this theory, if we see a longer average life expectancy, this may go along with an overall rise in political conservatism which today is aligned with the recent rise of nationalism.

Building global democracy may counterbalance a potential rise in conservatism

For those who believe in a future based on a cosmopolitan world society, this strengthens the case of working on the creation of global democratic structures to counterbalance an anticipated rise in xenophobia and isolationism.

An approach too black-and-white

However, Pew Research suggested another twofold conclusion that (1) different generations tend to have disparate political identities, rather than an individual liberal to conservative morphology, and (2) “most people’s basic outlooks and orientations are set fairly early on in life”. A renowned study attested to the point after early adulthood where ideology and beliefs are more reactionary than the easily influenced attitudes of the childhood, adolescence, or even early adulthood. Thus, external factors and political atmosphere may be more cogent to a change in outlook on globally applied democratic values than age itself.

External factors may be more important than age

It is a simplification, therefore, to assume that an extension of the natural human lifespan would irrevocably result in conservatism and nationalism, as the average age of the population soars. However, looking at current global trends, it is true that the majority of the current older population indeed appears to be pushing back against globalization and world institutions by voting conservative and populist leaders to power. If we do nothing while our population continues to age, we may see even a larger shift than currently exists towards nationalistic politics. This could serve to undermine the global proliferation of democratic supranational institutions, exacerbating current problems.

There must, then, be a commitment to changing the political climate in order to reverse the conversion from liberal to conservative ideology at critical points in a person’s life. Efforts for longevity must reinforce efforts for global democracy. Vice versa, global democracy must superintend longevity.

An older population could well be defined by a more active political landscape, but one that needs new forms of political action to stimulate and satisfy it. The older an individual, the more likely they are to participate in the democratic process; they will be more likely to join political parties and vote in elections than their younger counterparts. In the 2016 Brexit Referendum, for example, around 90% of those over 65 voted; the turnout among those aged 18-24 was around two thirds of this. As such, if an older population leads to a higher level of voter turnout, we could see significant increases in the legitimacy and robustness of democratic institutions.

If aging and health cease to be issues, politics could be transformed to the better

There are more positive aspects of an older population. The level of crime decreases fast with age and people advancing in age tend to be more careful for themselves and for their environment. A society where people would know that they could live far more than one hundred years could be far more peaceful and people would be a lot more careful for their environment. Indeed, to have a sustainable body for centuries, you need a sustainable environment for centuries as well.

If we consider the impact on societal priorities should aging and its inherent health issues be effectively ‘resolved’, there can be a transformation of political discourse. Using Maslow’s famous Hierarchy of Needs, once certain basic needs are attained, such as finding food to eat, people will begin to focus on more intangible priorities, such as the need for love and a feeling of belonging. Poll data from the last election in Britain shows that the second biggest issue of debate was healthcare, discounting the anomalous result that was Brexit. If advances in this issue could make the most pressing issues of an aging society become a thing of the past, political discourse could move onto higher matters.

An election defined by issues Maslow would categorize under “ego” and “self-actualization”, such as respect and opportunity for all, going hand in hand for a push for global governance and healthy democratic practices, would be unprecedented. If life extension technology makes living long healthy lives the norm, citizens must feel a need for global democratic political engagement as priorities of the electorate shift to more intangible, philosophical matters. A society less preoccupied with dying can focus more on living.

Longevity for all: the necessity for a world parliament

It is often said that “death is the great equalizer”. This is actually not true because richer people live longer and their children inherit the goods of their parents. Though, it is crucial that the technology developed benefit all, not just the rich and the powerful. The prospect of dictators, celebrities, and the super-rich attaining super-human life spans has worrying implications. To allow it to go solely to those with power and money would create a stratified world society of mortals and super-humans; such a dystopian future could be destructive to democracy as we know it.

A world parliament as a platform to discuss the choices

As the technology will have a global impact and affect the essence of human life, its promotion and regulation should be in the hands of a global democratic body elected by the world’s citizens. It is such a world parliament that needs to be the place where technologies for a longer and healthier life for all are conceptualized and at the same time it needs to be a safeguard against the technology’s societal risks and the political platform to discuss the choices. 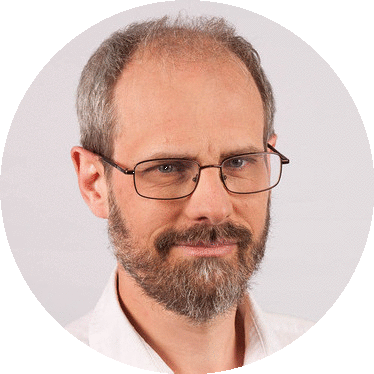