In the 10th edition of their Democracy Index, the Economist Intelligence Unit (EIU) recently reported the worst performance in global democracy since 2010-11 in the aftermath of the global economic and financial crisis. A special focus of this year’s report is the state of media freedom around the world and the challenges facing freedom of speech.

The report aims to give a snapshot of democracy worldwide and includes 165 independent states and two territories which cover almost the entire world population. Five categories are used to score each country: electoral process and pluralism, civil liberties, the functioning of government, political participation, and political culture. Based on around 60 indicators each country is placed into one of four types of regime: “full democracy”, “flawed democracy”, “hybrid regime” or “authoritarian regime”.

Globally, democracy declined in 89 countries in 2017

While Scandinavian countries populate the top ranks, North Korea scores lowest, with Syria and Chad following closely behind. With its first ever democratic transfer in power, The Gambia was considered the “star performer” in 2017. A major setback was recorded for Spain which is still considered a “full democracy” but whose score dropped by 0.22 following the government’s actions during the Catalonia referendum. Venezuela turned from “hybrid regime” to “authoritarian regime” as the dictatorship slowly starts to take hold. India and Indonesia suffered major declines, keeping Australia and New Zealand as the only “full democracies” in the Asia and Australasia region. Eastern Europe continued its backslide as a symptom of its increasingly unfavourable habitat for democracy. The MENA region, saturated with absolute monarchies, authoritarian regimes and military conflicts, remained the lowest scoring region, and declined again in 2017.

In its 2017 report, EIU put a special focus on free speech as “the most important liberty of all” and created a “Media Freedom Index” to measure the state of the freedom of expression worldwide. According to this new index, still less than half of the world population has access to free or partially free media and only 30 out of 167 countries were classified as “fully free”. Unsurprisingly there was a direct correlation with the Democracy Index ranking.

The report identifies three main threats to freedom of expression: (1) Limits exercised by states and governments in the form of outright censorship and persecution, defamation laws, prevention of terrorism laws, blasphemy and hate speech; (2) threats from non-state actors through intimidation, threats, violence and murder; (3) finally threats originating from those who insist on their right “not to be offended” which has led to the emergence of self-censorship, conformity, “safe spaces”, trigger warnings, tabloid newspaper bans and policing of the internet which can be used to “silence a wide range of political views”, as the report claims.

The report argues that more and more of the population are becoming disappointed and are losing trust in the functioning of democracy and public institutions. The UK’s Brexit referendum in June 2016 and the election of Donald Trump in the US are a materialisation of this, considered to be “expressions of deep popular dissatisfaction with the status quo and of a hankering for change”.

With free speech as an essential part to an individual’s ability to hold their government to account, and with censorship and media control becoming increasingly common even among established democracies, the report draws attention to the importance of addressing and monitoring its threats. However, perhaps more importantly, the report enlightens us to the idea that freedom of speech and social media can be misused and may become a threat from within. 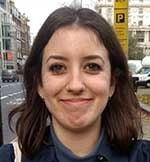 Phoebe Guinn
Phoebe is an Arts and Sciences BASc graduate from University College London, set to start a masters in Social Data Science
If you like this article, consider making a donation
DONATE NOW