As space science matures and accelerates, the time has come for a democratically accountable UN to moderate human activity beyond Earth.

In his best-selling book Cosmos astronomer Carl Sagan asks: “Who speaks for Earth?” As humanity continues to explore the universe, a UN space agency could provide much stronger international oversight of space activities than the relatively weak treaty regime under which spacefaring nations currently operate.

Sagan’s question is essentially political: which country, which body, which agreement represents our planet as a whole as humanity moves out into space? In the early years of the space age, the underlying geopolitical context was shaped by Cold War competition. This political contest drove technical triumphs such as the flight of Russian Yuri Gagarin in 1961 and the landing of US astronauts Neil Armstrong and Edwin ‘Buzz’ Aldrin on the moon just eight years later. Many scientific benefits resulted from this early period of competition, especially from the Apollo program. However, international competition is essentially a negative geopolitical driver for space exploration.

The ISS is a good example of a positive geopolitical driver for space cooperation because it was, at least in part, born out of a post–Cold War desire to build diplomatic bridges between Russia and the West. Whether this cooperation will survive the current crisis in Ukraine remains to be seen, but the underlying geopolitical logic for international cooperation in space will remain. Returning to an era of Cold War competition between nation states, increasingly joined by poorly regulated commercial companies, is unlikely to be a sustainable model for 21st-century space activities. Indeed, some of the geopolitical dangers of unregulated competition in space have recently been articulated by the international relations scholar Daniel Deudney in his book Dark Skies.

Back in 1984 planetary scientist William Hartmann in his book Out of the Cradle proposed a ‘golden rule’ of space exploration:

Space exploration must be carried out in a way so as to reduce, not aggravate, tensions in human society. Every decision, each policy, must be tested against this principle.

The world lacks global political institutions that are strong enough to legitimately speak for humanity in the transnational domains beyond Earth. At present, human activities in space are guided by a framework of internationally recognised policies, including several intergovernmental treaties (most notably the 1967 Outer Space Treaty), and internationally accepted guidelines (such as the COSPAR Planetary Protection Policy). These agreements provide an excellent foundation on which to build, but they do not satisfactorily address many issues. They would also be difficult to enforce.

Grenville Clark and Louis Sohn suggested a possible way forward in 1962 in the second edition of their book on UN reform, World Peace Through World Law. There they advocated the creation of a ‘United Nations Outer Space Agency’ designed “to ensure that outer space is used for peaceful purposes only; and … to promote … exploration and exploitation of outer space for the common benefit of all mankind”. Significantly, one of its proposed functions would be “to prevent disputes relative to the occupation and control of the Moon or any other planet … by having the Agency take over [in the name of the United Nations] any control which may be advisable and possible as soon as any such bodies are reached [by spacecraft]”.

Seyom Brown and Larry Fabian revisited the concept in their 1975 article ‘Toward mutual accountability in the nonterrestrial realms’ when they advocated the creation of an ‘Outer Space Projects Agency’. They envisaged that all countries would belong to this agency, and that, among other responsibilities, it would be “empowered to give final approval to all … outer space exploration projects for civilian purposes, under guidelines requiring international participation and the international dissemination of all data and results”.

The success of the ESA, established in 1975 and now comprising 22 member states, clearly shows that large international space agencies are practical and can result in many scientific and cultural benefits. There has not yet been any serious attempt to expand this concept to a global scale, although a positive start was made in 2007 when 14 of the world’s space agencies developed the Global Exploration Strategy. This initiative resulted in the formation of the ISECG, which could be viewed as a tentative step towards a global space agency.

As advocated by Clark and Sohn, the obvious overarching political authority for a world space agency would be the United Nations, especially since space is beyond national boundaries. This was recognised at the dawn of the space age with the creation of the UN Office of Outer Space Affairs and the General Assembly’s Committee on the Peaceful Uses of Outer Space (COPUOS) in 1958. Since then the UN has been instrumental in negotiating the current legal regime that governs human activities in space, and it continues to act as a valuable global forum for coordination, decision-making and information-sharing related to international space activities. An excellent recent example is the October 2021 General Assembly Resolution The “Space 2030” Agenda: space as a driver of sustainable development, which aims to use space technologies to solve ongoing quality-of-life problems on Earth.

The time may have come to give the UN operational responsibility for space activities, and the creation of a UN space agency would facilitate this. However, even if furnished with its own space agency, the UN’s ability to “speak for Earth” would be compromised because, as currently constituted, the world’s citizens are not directly represented in its decision-making structure. Increasing the democratic accountability of the UN is desirable for many reasons, quite apart from space policy. One way to achieve this, as articulated by Jo Leinen and Andreas Bummel in their book A World Parliament: Governance and Democracy in the 21st Century, would be to add an elected Parliamentary Assembly to the UN’s governing organs. Deciding the structure and voting rights of a UN Parliamentary Assembly would doubtless be fraught with difficulties, but it would greatly strengthen the legitimacy of the UN in all its areas of responsibility, on Earth and in space.

Compared to the present organisation of international space activities, these suggestions may seem far-reaching and perhaps utopian. Yet, as the tempo of space activity ramps up in the 21st century, including the likely use of space resources and the possibility of encountering alien life, it seems unavoidable that strengthening international space-governance institutions will be required. The key proposals of establishing a world space agency and greater involvement of the UN in space activities were identified 60 years ago at the beginning of the space age. Implementing them would go a long way to satisfying Hartmann’s ‘golden rule’ of space exploration and, crucially, answering Sagan’s question about who speaks for all of us here on Earth.

Ian Crawford is professor of planetary science and astrobiology at Birkbeck College, University of London. The argument presented here is developed in more detail in his chapter “Who Speaks for Humanity?” in Astrobiology: Science, Ethics, and Public Policy (edited by Octavio Chon Torres and Ted Peters, Scrivener Publishing, 2021). He has no conflicts to declare. 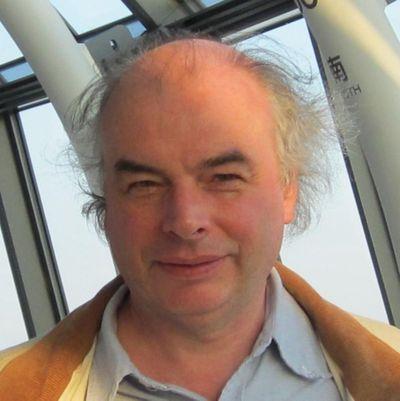