For the first time since 2001, a majority of all states worldwide are no longer under democratic rule. This is one of the key findings of this year’s report of the Varieties of Democracy (V-Dem) Project which was presented last week.

The new report thus confirms the trend of recent years that many countries are on the way towards autocracy. According to the latest results of the Swedish research institute, 92 nations worldwide are classified as autocracies, meaning that 54% of the world’s population now lives in autocratic states. This is eight nations more than in last year’s report and with Hungary there is for the first time an EU member state classified as autocratic. This compares to 87 states worldwide that are classified as democratic. At the peak in 2010, the number was 98.

Two factors are remarkable. On the one hand, all regions of the world are affected by this “third wave of autocratization” and on the other hand, powerful G20 countries with a significant economy, such as the USA, India or Brazil, have slipped down the democracy index.

How individual world regions and states are affected

According to the report, 35% of the world’s population currently live in countries with governments that are moving towards autocracy and only about 8% of the world’s population live in nations that are in the process of democratization. Eastern Europe and Central Asia are the regions most affected by this development: in eight countries a significant deterioration of the situation over the last 10 years has been observed. In total, 26 nations are in autocratization in 2019, compared to 11 countries worldwide at the beginning of the century. An extent that was last seen in 1978. Hungary, Turkey, Poland, Serbia, Brazil and India are most affected by this trend.

If one takes a closer look at the different world regions, one can see that Sub-Saharan Africa is the only world region where the majority of the population lives in countries whose systems of government are on a positive trajectory. Although only a few countries in the three world regions Asia and the Pacific, Latin America and the Caribbean, as well as Western Europe and North America are in an autocratic phase, the share of the population affected in these regions, nevertheless, is close to 40%. In Western Europe and North America this concerns only one country. But because this is the United States, this development should not be underestimated. The research team emphasizes that especially such large countries like the USA can have an effect on the development in smaller nations.

Restrictions on freedom of expression are increasing

However, positive conclusions can also be drawn from the study. In almost half of all countries, sustainable pro-democratic protest movements have emerged, fighting for more democracy and fair elections. According to V-Dem, there were pro-democracy mass protests in 29 democratic countries and 34 autocratic states. Their number thus reached an all-time high and can be seen as a ray of hope for further development.

In 22 countries all around the world such protests have also contributed to a sustainable democratization and examples like Sudan, Gambia or Ecuador give hope for a positive future development.

The studies of the Varieties of Democracy Project are based on the assessment of over 3,000 local experts around the world, who together compile nearly 30 million data points concerning democracy, human rights, civil society and others. 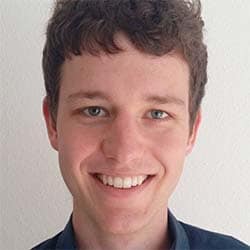