It’s not about whether we want a global regime, but what it should look like

The idea of a world state is not having its best moment. Comparing the use of the term over time, a pattern emerges: intensive discussions about a global regime took place mainly while the two world wars were devastating the planet and at the time, overcoming the sovereign nation-state was seen as the best way to reach lasting peace. After 1945, however, this idea went into decline and today there is anything but a consensus about whether a world state is desirable.

Maybe the question of the world state should be considered in a different way. There are so many social interdependencies on the global scale today that hardly anyone would seriously question the need for a minimum of common global rules. The rapid rise in world trade, the stability of the international financial system, the movement of migrants and refugees, tax fraud, international terrorism and organized crime and climate change are just some of the issues that any single nation is necessarily overburdened with. It is not by accident that since the 1990s there has been an enormous spread of the concept of global governance: the idea that there must be some sort of global regulation, produced by the interaction of different political actors, without the need of a formal “world government.”

The most important place to provide for “global governance” are the United Nations. As a global organization, the UN has been trying to provide political answers to global questions since the end of the Second World War. The question today is no longer whether we want a global regime but how we are going to shape the one that we already have.

The helplessness of the United Nations

The main reproach against the global authority of the United Nations is by no means its excessive power but, on the contrary, its striking helplessness in the face of urgent problems. When war and violence are raging and the UN Security Council is unable to prevent it. When another UN climate conference ends without an agreement being reached. When a disease spreads and the United Nations cannot find the money to fight it.

The cause of this striking inefficiency of the global political system is, of course, the lack of power and control by the UN organs. The regular financial resources of the United Nations amount to less than $15 billion a year. Unlike the EU, for example, the UN and its main body, the General Assembly, do not have any supranational legislative powers.

A weak UN does not make member states more free

The only decisions that have a direct legal effect are those of the UN Security Council but the UN is dependent on the cooperation of member states in order to implement the Council’s resolutions. And there are, of course, the five veto powers (the US, France, the UK, Russia, and China), which repeatedly block important decisions in pursuit of their own national interests, thus forcing the United Nations to play only a side role in the biggest armed conflicts of recent years, from Syria to Ukraine.

However, the consequence of this weakness of the UN is not more freedom for individual member states. After all, global problems do not simply disappear just because there is no global instance that can take care of them. Certainly, no state would be pleased if it could be outvoted in global climate negotiations or if it had to comply with mandatory UN rules on banking regulation. But without a capable UN there is no actor bound to the common interest of mankind as a whole – and in the conflict between national self-interests, global problems either remain unresolved or are resolved at the expense of the weakest. At the end of the day, democracy that is limited to the national scope cannot function under the conditions of cross-border interdependencies.

In addition, consideration needs to be given to the power of the UN over individual people under their control which is often terrifying already today. In recent years, human rights violations by UN personnel and members of UN peacekeeping forces have occurred repeatedly. At least, all sides agree that this is an evil that must be combated. In 2007, the United Nations instituted a Conduct and Discipline Unit to investigate such cases and, if necessary, take disciplinary action.

From a legal-policy point of view, another development is likely to be even more serious: namely the resolutions adopted since 2001 by the UN Security Council to combat international terrorism. These include a list of persons that the Security Council considers to be al-Qaeda members, and an obligation under international law for member states to freeze all funds from all persons on this list. At least at the UN level, those affected have no way to proceed legally against their classification as a terrorist – which of course violates fundamental principles of the rule of law.

A World Constitutional Court and a World Parliament

The more supranational power we want to transfer to the United Nations, the more important it becomes to shape it in a democratic way and according to the rule of law. There must be an effective division of powers and a protection of fundamental rights at the UN level: the Security Council cannot be allowed to yield legislative, executive and judiciary powers at the same time. Instead, we need some sort of a World Constitutional Court that would allow for individuals to legally challenge UN decisions and ensure that the organs of the United Nations do not exceed their mandate.

The UN Security Council cannot be allowed to yield legislative, executive and judiciary powers at the same time

On the other hand, the citizens themselves need more opportunities to participate in the shaping of UN law without mediation by national governments. Global parties need a forum to be politically effective – a UN Parliament or at least a global Parliamentary Assembly.

What we need is a stronger, more effective and more capable UN that allows us to solve global problems, while at the same time meeting certain legal and democratic minimum standards. If the result of this is similar to what we would call a “federal world state”, we shouldn’t be afraid of it. 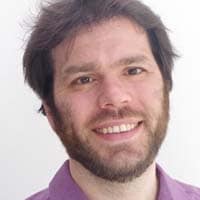