On November 30th 2022, the Stockholm-based International Institute for Democracy and Electoral Assistance (International IDEA) published their newest report on the Global State of Democracy, outlining a continual decline of democracy worldwide. Their extensive research is based on five major attributes of democracy – representative government, fundamental rights, checks on government, impartial administration and participatory engagement.

As of the end of 2021, nearly one half of the 173 countries assessed in the study were experiencing declines in at least one of these fields. One decade ago, only 12 countries were affected in this way, the report points out. According to the study, for 2021, there were a total of 104 democracies or roughly 60% of the countries covered in the report. 14 of them were classified as expanding, 42 as stable, 37 as “moderately contracting” and 11 as “severely contracting”. Worryingly as well is that authoritarianism seems to solidify and strengthen its grips over societies. According to the organization’s Global State of Democracy Indices, as of December 31st 2021, there were 49 authoritarian regimes, and 20 hybrid regimes.

In 2021, half of all countries were experiencing democratic decline in at least one attribute

The report states that in 2021 the number of countries moving towards authoritarianism was two times higher than those moving towards democracy between 2016 and 2021. To put things in perspective, 27 countries downgraded in their regime classification according to International IDEA’s measurements, while only 13 improved.

The report highlights the state of democracy in every world region, discusses its main challenges and includes both overarching and regionally specific recommendations for improvement. The report concludes by stating that “democracy must be reinvigorated – not because it needs to prevail in a presumed new Cold War era, but because it still offers the best chance of preserving what is needed for (and valuable in) human life.” The intergovernmental institution with 29 member states says in the report that the current situation necessitates a reforging of social contracts, that are citizen-centered and include input from governments, civil society, media, expert groups, academics and individuals that actually reflects the people’s wants and needs, and can allow faith in democracy to be restored.

Just as the report last year showed, what was once a beacon of freedom and democracy, the United States of America is still included in the list of backsliding countries as they continue to face problems of political polarization, institutional dysfunction and threats to civil liberties. In total, over two thirds of the world’s population currently lives in either a backsliding democracy, an authoritarian regime or a hybrid regime. The number worsened by the unprecedented challenges of Russia’s invasion of Ukraine, the rise of prices due to inflation, and climate change to name a few. As International IDEA’s Secretary-General Kevin Casas-Zamora stated:

“The world faces a multitude of crises, from the cost of living to risks of nuclear confrontation and the acceleration of the climate crisis. At the same time, we see global democracy in decline. It is a toxic mix. Never has there been such an urgency for democracies to respond, to show their citizens that they can forge new, innovative social contracts that bind people together rather than divide them.”

Although the state of democracy in each region is studied in detail, the conclusion is similar in each case, namely that democracy is backsliding, or authoritarianism is further solidifying. Some countries are attempting to renegotiate the social contract, but results have varied. International IDEA, convinced of the belief that democracy is the best possible form of governance to ensure fundamental freedoms and realization of human rights, therefore concludes the report with a range of policy recommendations on how to improve the state of democracy most notably, the creation of new more representative constitutions, spaces for meaningful youth participation and regional participation in national and local politics, civic education, electoral integrity guarantees, and protection of freedom of expression. In short, countries need to reinvent how they cooperate with their citizens, in a constructive manner that counters corruption, rebuilds trust and integrity within the system, to address all forms of inequality and build a better future for all members of society. In order for democracies to function better in the future, rebuilding faith in the system is essential.

Commenting on International IDEA’s report at IPS News, Democracy Without Borders’ Executive Director Andreas Bummel said “it is clear that stronger efforts are needed to counter these trends” of democratic stagnation and decline as well as growing repression in non-democratic regimes. Among other things, he noted that democracies should consider “convening a transnational citizens’ assembly” that “looks into common root causes of democratic decline and how they can be addressed.” At the Summit for Democracy, first held in December 2021, there is a so-called cohort on “New Deliberative Democracy” that is dealing with similar proposals. Recently, it was announced that the second summit will be held in March 2023. 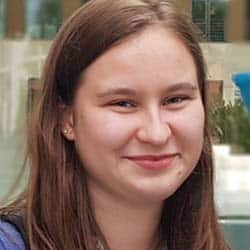 Maartje Mensink
Maartje Mensink is a third year BA International Studies student at Leiden University, where she specializes in the region East Asia with the study of mandarin. At Democracy Without Borders she is investigating the possibility of a new UN mandate, that of Special Rapporteur on Democracy.
Related