The sharp increase in global volatility caused by the worsening effects of the climate emergency has increased the likelihood of more armed conflict, threatening our interconnected world. In view of rising geopolitical tension, gross human rights abuses and outright war of aggression, now more than ever, we need a stronger and more agile UN; one capable of maintaining peace and advancing sustainable common security.

A UN Emergency Peace Service (UNEPS) would be more sophisticated than a UN standing force and go well beyond existing peacekeeping arrangements which are put together ad hoc.

With a standing ‘first-responder’ for complex emergencies, the UN would finally have the capacity to address four of its tougher assigned tasks; to help prevent armed conflict and genocide, to protect civilians at extreme risk, to ensure prompt start-up of peace operations, and to provide human needs where others either cannot or will not.

A permanent, integrated and multifunctional force

The UNEPS would be a permanent, integrated and multifunctional UN formation. It would be highly trained, well-equipped and ready for immediate deployment once authorized by the Security Council.

As an integrated ‘first-responder’, the UNEPS would not be limited to simply stopping direct violence, but also to initiating quick-impact and long-term projects. Aside from addressing human needs, it would help to counter structural violence and stem cultural violence. By including specialists in conflict resolution, mediation, human rights, education, peacebuilding advisory and medicine, there is a far better prospect of solving crises.

The UNEPS would be composed of 13,500 highly trained personnel carefully recruited to ensure regional and gender equitable representation.

Ideally, it would be located at a designated UN base under an operational headquarters with two mobile mission headquarters. Operating at a sufficient strength to succeed in challenging environments, it would complement existing UN arrangements.

What are the advantages?

Firstly, the UNEPS would improve UN peacekeeping operations. Instead of taking six months or more to deploy national contingents, the UN would have its own rapid and reliable service to deal with emergencies. Rather than the current focus on ‘post-conflict stabilization’, the UNEPS would provide an immediate response within days.

Arriving before conflicts escalate, there would be less need for larger, longer and far more costly operations. An ounce of prevention might be worth a ton of cure.

Any preventive system works best when it rarely has to intervene. As with any defense effort, it’s best to have credible means to deter aggression and the means to intervene to stop crimes. In practice, this works by having a legitimate capacity that is recognized and ready to respond as needed.

A standing UNEPS would convey a new level of legitimacy. Available 24/7, its deployable elements should be sufficient to deter most belligerents and to intervene if need to stop aggressive parties.

A UNEPS represents an overdue step towards a global peace system

Secondly, the UNEPS would encourage a wider shift toward providing prompt care and help, with an array of useful services. In a global neighborhood, there will be a greater need for universal emergency services designed to convey support. And with its gender-equitable composition, there would be better prospects for peacemaking and peacebuilding.

The third advantage of the UNEPS would be its potential as a UN ‘emergency security provider’; a crucial step toward ‘freedom from war’.

As an emergency security provider, the role of the UNEPS would be similar to that of a ‘UN 999 first-responder’.

In this capacity, the UNEPS would not require heavy military elements or a capacity for mid-to-high-intensity war-fighting. Representing the international community, it’s unlikely to encounter violent resistance from any national armed force. If needed, the five permanent members of the UN Security Council will retain ample capacity in the medium term.

The UNEPS would also be a cost-saver, contrary to some official claims. Its development would entail approximately $3.5 billion in start-up costs, with annual recurring costs of $1.5 billion which would be shared proportionally among 193 Member States.

Clearly, the development of a UNEPS would represent an overdue step towards a global peace system. The result would be deeper cooperation and military build-down, freeing up vast resources to help with the climate emergency, pandemic recovery and a looming social crisis.

In September 2021, a ‘Global Census Poll’ found, “widespread skepticism that the United Nations is well-prepared for the challenges of the next decade.”

It’s unlikely a coincidence that UN Secretary-General, Antonio Guterres, announced another Agenda for Peace will be forthcoming in 2022. This presents a unique opportunity to boost the UNEPS idea. Guterres also accorded a similar emphasis to prevention and protection, reducing violence and placing women at the center of security policies. Additionally, the People’s Declaration of May 2020 of the Coalition for the UN We Need explicitly called for more standing capacities available on short-notice for UN peace operations.

The proposed UNEPS is a new model to solve multiple global problems. It is designed to get ahead of the dubious familiar approaches that serve powerful interests, which often lead to recurring conflict. While a UN Emergency Peace Service is no cure all, it’s new approach to provide prompt help. And, it might be a game-changer if ‘we the people’ step up, pull together and give the idea a boost.

With our shared global emergencies, it’s time to give peace another chance. 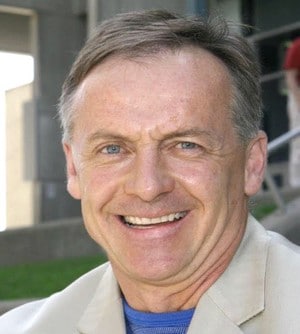 The Electoral Integrity Global Report 2019-2021 published in May 2022 details conditions and developments on the levels of electoral integrity across 148 elections in 169 countries.
Maren Vieluf | 30.05.2022
Global Order | Opinion

The concept of global citizenship feels ubiquitous these days. Organizations like Global Citizen use it to rally popular support around the world to end poverty, alleviate the climate crisis, and…
Megan Threlkeld | 20.05.2022