The coronavirus crisis shows the consequences of the enormous contradiction under which seven billion human beings live now: a world globalized by technology and economy but politically divided into almost 200 nation-states all taking separate and uncoordinated measures. Does anyone still believe this can work?

Financial instability. Climate change. Coronavirus crisis. Indifferent to the warning signals, we continue to keep our political systems bounded to the national/international model based on the paradigm of national sovereignty. Each governed according to whatever suits their national interest best. “Sovereignism” they call it, and we all suffer the consequences.

Has there been Chinese negligence during the start of the coronavirus pandemic? Was it a Trump’s, or a Putin’s, or a terrorist sect’s plot? Did all the countries involved react appropriately? Are they doing it well? We do not really know, as there are no transparent global mechanisms for early detection and control of pandemics. We do not know, but our lives are at stake over this.

Of course, despite the sabotage of national populists, the United Nations and the World Health Organization still exist. But the coronavirus pandemic has made it clear that the capacities of the UN and its agencies are far below the requirements of a global society, which needs binding action at the global level: early warning systems, information sharing, delivery and enforcement of general norms, management of transmission across borders and vaccine-treatment research.

A new world will emerge. But will it be a better or a worse one?

Basic regulations and mandatory standards are crucial to preserve world public goods such as human health, environment, financial stability and international peace. Yet, although the UN and its agencies do exist, nation-states are free to refuse to take action and to follow the wrong measures, causing disastrous consequences for the rest. Exaggeration? It is exactly what is happening with regard to the coronavirus pandemic and global warming right now.

A new world will emerge from the coronavirus pandemic, everybody says so; but nobody knows if it will be a better or a worse one. If each country decides to play its own cards – as at the beginning of the 20th century – the consequences will be the same: disconnection, a rise in nationalism, an inability to face common challenges, extended crises; and then, authoritarianism, growing conflicts, tragedies, death and despair.

Fortunately, this is not fated. Since the creation of the United States and the European Union, we human beings have developed two paradigms to avoid these nightmares, federalism and democracy, which have been extraordinarily successful at the national and regional levels. The time to apply them to the global scale has come.

Unfortunately, despite being amazing innovators in technology and pragmatic geniuses in economics, we humans remain conservative in politics. Applying federalism and democracy to the global field still sounds like an utopian dream for most. At the same time, a network based on electrical impulses and encoded by ones and zeros almost covers the whole world regardless of how divisive it is for our economies, cultures and social relationships. Indeed, it now seems the most natural thing on Earth to everybody.

Global democracy with a world parliament is needed

A federal-democratic global structure or a new nightmare, is this the question we face? A global democracy in which a world parliament delivers mandatory early-warning standards and binding health protocols in response to pandemics is needed. And it should be complemented by world federalism that preserves national sovereignty on national issues but delegates decisions on global ones.

It’s not a plot against nation-states but a desperate attempt to save democracy. It does not mean a world state, or a world government, based on a centralized executive power. On the contrary, world federalism and global democracy would reinforce the capacities of the global judiciary and parliamentary powers that embryonically exist at the global scale.

Specifically, I am calling for a UN Parliamentary Assembly whose directives should be binding but limited to critical global issues such as pandemics and climate change. They could be reinforced by an International Criminal Court able to sanction genocides and war crimes but also those leaders who do not comply with coronavirus control protocols.

Science fiction is already our reality. Will it be like Star Trek or Star Wars?

A world totalitarianism? Hardly. Totalitarianism has always been based on nationalism and wars against external enemies that do not exist at the global level other than in the unlikely case of a Martian invasion. Moreover, contrary to Orwell’s 1984, world federalism does not mean the creation of a central Big Brother but rather the decentralization of global and local attributions that the national state has misappropriated.

This will support a more balanced and decentralized local, provincial, regional and global decision-making system in which each level has its own capacities and limits and is able to limit and control one another. “A network!” millennials would say. A network as horizontal and decentralized as the digital world, and as interactive, participatory and fast as its platforms.

Maybe the coronavirus crisis has taught us how small the Earth is, how close we are to each other and that humanity is already a community of fate. Maybe we only learn from tragedies. If this is the case, the panic generated by insufficient responses to global crises, discontent and anger will continue to grow; and with it, nationalism and populism, with their simple responses to complex global issues and their threats to democracy and human life.

This piece was originally published by Global Policy. Republished here with kind permission. The copyright remains with Global Policy and the author. 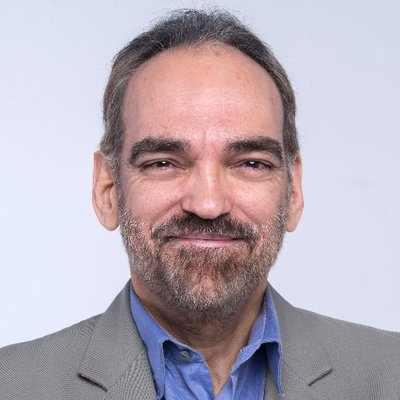 Fernando A. Iglesias
Fernando A. Iglesias is an Argentine-Italian-Spanish author on globalization and the society of knowledge and information. He is a member of the Argentine Chamber of Deputies and President of the World Federalist Movement, among other things.
If you like this article, consider making a donation
DONATE NOW