Democracy Without Borders promotes global democracy. But is it self-evident what this means? This article highlights two perspectives which this term includes.

Before elaborating on the global dimension it is useful to look at the concept of democracy in general. Democracy means different things in different contexts to different people. The broad discussion on democracy therefore is characterized by a diversity of views which can be confusing. There are many different definitions on offer. Some try to imagine the ideal form of democracy. Others focus more on how democracy works in practice in a given context. Some definitions seek to explain differences or similarities between different dimensions of democracy, such as “representative”, “direct” or “deliberative” democracy. Others are more interested in the principles that democracy builds upon or promotes, such as equal inclusion and participation, or freedom of speech and assembly. This is an important and ongoing discussion.

For the purpose of understanding the meaning of global democracy, it is possible to use a minimalistic definition that is based on agreed international statements and instruments.

A primary point of reference is the Universal Declaration of Human Rights (UDHR), which was adopted by the UN General Assembly (UNGA) on December 10, 1948. Another important source is the International Covenant on Civil and Political Rights (ICCPR), which was adopted in 1966, and entered into force in 1976. Based on article 21 of the UDHR and on article 25 of the ICCPR a concise definition of democracy could read like this:

“The authority of government needs to be based on the will of the people, realized through the right of all citizens to take part in public affairs, directly or through freely chosen representatives, who are elected in periodic and genuine, free and fair elections through universal and equal suffrage, held by secret ballot.”

From the perspective of Democracy Without Borders, this right to democracy is not limited and includes all levels of governance, from the local to the global. In fact, art. 28 of the UDHR declares that everyone is entitled to an “international order in which the rights and freedoms set forth in this Declaration can be fully realized.”

In this connection, it might be necessary to add that in our view, the principle of subsidiarity – that each decision should be taken at the lowest possible level and at the highest necessary – as well as the separation of powers into legislative, judicial and executive branches, are indispensable dimensions of any democratic system of governance.

Of course, the right to democracy includes much more than free and fair elections. Nonetheless, if the definition above captures the core of democracy in general, then what is global democracy?

There are two main perspectives: One takes its starting point in the nation-state which is sovereign under international law. In this light global democracy primarily refers to the advancement or retreat of democracy at the level of nation-states.  The global expansion of national democracy is one of the most important political trends during the last two centuries. Political scientists have shown how this has happened in different “waves of democracy”. A first wave, with its roots in the American and French revolutions, took place mainly between 1828 and 1926. This went along with a gradual extension of voting rights and the executive branch of government being balanced by stronger parliaments in ever more countries. A second wave took place between 1943 and 1962, parallel to a strong trend of decolonization of former empires.

There is less agreement on the exact starting point of the third wave. Some place it in 1974 and the time of the Carnation revolution and democratic reforms in Portugal. Others point to 1989 and the time of the collapse of the Soviet Union. A culmination, however, of this third wave seems to have been reached in 2006. After that there has been a decline of democracy as the latest numbers from the EIU democracy index testify. Nevertheless, the global spread of national democracy has led also to a globalization of the idea of democracy. Today there is strong awareness and support for the concept of democracy even in countries whose governments themselves are far from democratic.

The other meaning of the term global democracy has its starting point not in the nation-state but in global society in its own right. In this light global democracy primarily refers to creating more democratic and inclusive mechanisms of global decision-making, either through reforming existing global institutions or establishing new ones.

The earlier definition of democracy would then imply that the operations and decision-making of global institutions should be based on ”the will of the world population, realized through the right of all global citizens to take part in global governance, directly or through freely chosen representatives”.

This clearly means the creation of an elected global parliamentary assembly and of participatory mechanisms such as a World Citizens’ Initiative or a global referendum.

In general terms, this is reflected in the spirit of the UN Sustainable Development Goals to “develop effective, accountable and transparent institutions” (target 16.6) and to “ensure responsive, inclusive, participatory and representative decision-making” (target 16.7) at all levels. The focus of this second perspective on global democracy is the global level of governance.

The two perspectives on global democracy discussed above complement each other. However, for the sake of clarity, it often would be helpful to clearly distinguish the two concepts. The first perspective could be summarized as the “globalization of national democracy”. The second could be called the “democratization of global governance”. 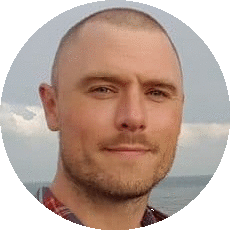