On 24 February 2022, Russia launched a large-scale military invasion of Ukraine, one of its neighbouring countries, marking a steep escalation of a conflict that began with its annexation of Crimea in 2014. Studies of the global state of freedom and democracy suggest that this aggressive action by the Russian state is just the latest example of a broader structural change in international relations: autocracies are becoming bolder, more radical and more numerous. Three recent reports by Freedom House, Bertelsmann Stiftung and V-Dem shed a light on this worrying trend.

The 2022 annual report of Freedom House foundation in Washington D.C. entitled “The Global Expansion of Authoritarian Rule” takes a close look at the dire threat global freedom faces. Their key finding is that “around the world, the enemies of liberal democracy” are “accelerating their attacks.”

According to Freedom House, these attacks are not only being conducted by authoritarian regimes who have become more effective at co-opting the norms and institutions meant to support basic liberties. But in addition, within traditional liberal democracies there are now forces at play that “have exploited the shortcomings in their systems, distorting national politics to promote hatred, violence, and unbridled power.” The study draws on examples such as the storming of the US Capitol on 6 January 2021, when an organized attempt was made to overturn the results of the US presidential election.

Freedom House highlights that 2021 was the sixteenth consecutive year that a decline in global freedom has occurred. As of today, 38% of the global population live in 66 countries or territories rated “not free”, the highest percentage since 1997. In comparison, just 20% of people today live in 84 countries or territories rated “free”, the remaining 42% in 60 of them rated “partly free”. Moreover, according to data provided by Freedom House, in their 2022 assessment they designated 115 of 195 countries as electoral democracies, three less than in 2021.

They argue that one of the most prominent reasons for this trend is that China and Russia are succeeding in shifting global incentives, jeopardizing the consensus that democracy is the only viable path to prosperity, and supporting other illiberal regimes around the globe. They also note that an important moment in changing international confidence in the ability of democracies to protect their partners was when the United States withdrew their forces from Afghanistan in 2021.

The report emphasizes that although the prospects seem dark, popular demand for democracy remains strong. They point out that data from their research from Sudan, Myanmar, Ecuador and Chile demonstrates belief in democracy. They state that “people continue to risk their lives in the pursuit of freedom in their countries and are willing to undertake dangerous journeys in order to live freely elsewhere.”

The Bertelsmann Transformation Index (BTI) 2022 report studies the quality of democracy, market economy and governance in 137 selected countries in the years 2019-2020. Their most astounding finding is that for the first time since the report was launched in 2004, the BTI counts more autocratically governed states than democracies. The 2022 index lists 67 democratic governments and 70 autocratic regimes, a clear reversal of the ratio seen in the BTI 2020 (74-to-63).

The report notes that the Covid-19 pandemic has impacted this negative trend because many autocracies used the pandemic to further limit fundamental rights and suppress critical voices. They use Brazil’s president Jair Bolsonaro and his actions as an example to highlight this point. For the first time ever, more than 100 countries were found to have governance that is only of moderate quality or lower. According to the study, the vast majority of these governments proved incapable of responding adequately to the pandemic and the social and economic challenges that it brought with it.

The BTI report offers a glimmer of hope, similar to Freedom House’s report, that civil societies are resisting these authoritarian trends and democratic values are still popular. As they explain, “around the world, civil engagement and social solidarity emerged with remarkable strength to help bridge gaps in state services, often precisely where governments failed to respond effectively to the pandemic. Civil society actors have also served as the last line of defense in the fight against autocratization, for instance in Belarus, Myanmar and Sudan. They have been vehement in calling for overdue social reforms such as greater social inclusion and representativeness in Chile and have successfully stood up against persistent corruption and office abuse, as seen in Bulgaria, Romania and Czechia.”

The 2022 Democracy Report of V-Dem Institute presents findings based on the newest edition of their V-Dem dataset, a result of an international collaboration of 3,700 country experts. The study finds that the level of democracy enjoyed by the average global citizen in 2021 is down to 1989 levels. “The last 30 years of democratic advances are now eradicated”, the researchers write. According to V-Dem, the largest number of nations in 50 years are now autocratizing – 33 countries harboring 2.8 billion people. This is not only a trend in the developing world. The report highlights, for instance, that the EU is facing its own wave of autocratization with 20% of member states being affected.

V-Dem says that autocratization is changing in nature as “bolder actions” are becoming more common. This is evident firstly through what the researchers call an “epidemic of coup d’états” in 2021. As they explain, there were six coups in the previous year, a sharp break from the average of 1.2 coups per year since 2000. Furthermore, they suggest that an increase of polarization and government misinformation is another sign. The report notes that polarization has escalated towards toxic levels in forty nations, and that this is affecting all regions and countries regardless of size, economic performance, and levels of democracy. According to V-Dem, the Russian invasion of Ukraine “seems like a definite confirmation of the dangers the world faces as a consequence of autocratization around the world.”

V-Dem reports a steep increase in the number of closed autocracies up from 25 to 30 in the previous year. With 60 countries rated as such, electoral autocracies remain the most common governance type. Together, these dictatorships now harbour 70% of the world’s population. The number of liberal democracies is down to 34 in 2021 and there are additional 55 electoral democracies.

Finally, V-Dem draws the reader’s attention to the findings of their 2020 report which highlighted that pro-democratic mobilization in reaction to autocratization worldwide reached the highest level in 2019 before the pandemic started. However, in the current assessment, they conclude that pro-democratic mobilization overall is now at low levels, potentially allowing “autocratization to deepen unchallenged”.

All three reports indicate that popular support for democracy is still prevalent and desired in all regions of the world. Strong efforts are needed at all levels to capitalize on this sentiment and to counter the trend of autocratization. 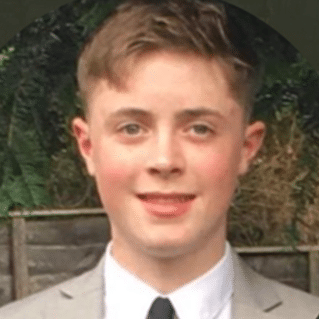 Harry Gray
Harry Gray is a student in Politics and International Relations at the University of Bristol. He has recently completed a year of study at Sciences PO University in France focusing on units relating to Contemporary Global Challenges and Issues in World Politics. He is also a volunteer for the Young World Federalists.
Related