Artificial Intelligence (AI) is playing an increasingly dominant role in the lives of people around the world. As yet, however, it is subject to remarkably little governance, let alone global governance. There is a strong case for the establishment of a UN regime on Artificial Intelligence. Such a regime should include a supervisory body that can provide a democratic input.

The need for a UN regime on Artificial Intelligence

Artificial Intelligence has immense value to offer to humanity, such as improved efficiency, new capabilities, and solutions for complex problems. A fast-growing AI industry is developing, applying AI to every sector of the world’s economy. As its capabilities continue to grow, it may prove as transformative as the proliferation of electrification and cheap motive power was in the 20th century, ushering in an era of abundance, longer and healthier lives and greater realisation of human rights.

AI also brings new problems and threats, however. The application of AI and attention-driven algorithms has created commercial empires where falsehoods are prioritised over truth, where division is accentuated and democracy undermined. Within the military sphere, the increasing dependence of nuclear weapons systems on AI, where signals, for instance from radar, could prove faulty, present additional risk and the development of Lethal Autonomous Robots (LARs), present a new level of warfare in grave need of governance.

The medium-term impact of AI on the job market is not certain, but most economic forecasters tend to see the AI revolution as different from earlier revolutions (e.g., agrarian, industrial, and information). A major long term impact on the job market is anticipated, leading to a radical reduction in hours worked in many areas of the economy (whether through higher unemployment or through forced part-time work). Plans need to be in place to successfully manage these changes and enable people to flourish, whether employed, working part-time or unemployed.

As AIs continue to develop towards the point of “superintelligence,” it is imperative to design AI to be safe. It is not certain that it will be possible to retain control of the goals of a superintelligence. Some possible solutions are conceivable but they are extremely difficult: they will require strong global governance to enforce the necessary safeguards and precautionary steps taken now.

A pathway to an AI global governance regime

As in many fields of human endeavour, issues that are not bounded by geography or jurisdiction require global responses. A recent report Effective, Timely and Global: the urgent need for good Global Governance of AI, recommends the development of a UN Framework Convention on AI (UNFCAI) in the next few years, followed by a Protocol on AI. The negotiations currently underway within different international bodies should proceed on that understanding.

To prepare the way, using perhaps the UN Secretary-General’s new multistakeholder advisory board on global AI cooperation as a springboard, it is proposed that a multi-stakeholder World Conference on AI should be organised in 2023, leading to the appointment of an International Negotiating Committee. New bodies are proposed in the form of a multistakeholder Intergovernmental Panel on AI (to provide scientific, technical and policy advice to the UNFCAI), an AI Global Authority to provide an inspection regime (including the military aspects) and a supervisory body that could introduce a democratic aspect.

What type of supervisory body is needed?

With the establishment of a UNPA, the role of the AI Assembly could be taken over by the UNPA, providing a more coordinated parliamentary scrutiny of global affairs. Indeed, a clause to that effect could be included within the UN Framework Convention on AI. 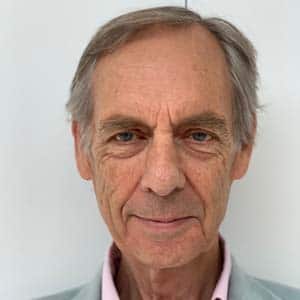