The 21st century world lacks adequate mechanisms for global governance while facing accelerating globalisation and multiple global challenges and crises. Three of the most visible of these include an existential climate change crisis, concurrent pandemics, and repeated violations of the international rule of law. In recent years, these have been exacerbated by increasing illiberal nationalism in advanced and emerging countries which is serving to undermine key mandates of the United Nations (UN). Many current and emerging crises and transnational challenges can only be seriously addressed by effective global and regional governance mechanisms acting in tandem. In the absence of such mechanisms, the world is left with no easy solutions.

History has shown that serious attempts to establish forward-looking, liberal, global governance mechanisms are only made after grave crises such as the world wars. Even then they might fail, like the League of Nations after the First World War. The UN, established in 1945 and dedicated to ensuring global peace and security was the next serious attempt to create a global governance institution. It was similarly established in the aftermath of the Second World War. The victors of the Second World War succeeded in building a progressive structure because they were determined to avoid a repetition of what they had just endured and because the architects included great statesmen such as Roosevelt and Churchill who were willing to prioritise global peace and security over narrower national interests.

Yet, the UN was never designed as a truly global governance institution to which member states are accountable but as an inter-governmental institution that is accountable to its member states. Even its most visionary founding fathers did not want their national interests accountable to broader regional and global institutions. Therefore, the Allied victors became the Permanent 5 (P5) in the UN Security Council (UNSC), limiting veto powers to themselves and ensuring that their national interests would never be jeopardised. This initial design has become an increasing liability in today’s vastly different world—an era of intensifying challenges which need truly global solutions amidst a landscape of increasing illiberal nationalism in almost every continent.

Regardless, the UN Charter and the Universal Declaration of Human Rights (UDHR) remain the most inspirational documents of the last century. The UN’s three main pillars—peace and security, human rights, and development—have stood the test of time and, overall, delivered well to the world and its citizens. Major achievements under these three pillars include significant contributions towards preventing a third world war, overseeing decolonisation, the adoption of universal human rights normative standards and institutions around much of the world, saving millions of lives during humanitarian crises, eradicating life-threatening diseases, and significantly facilitating the fastest pace of genuine global, regional, and national developmental progress in world history.

Indeed, if the UN did not exist, it would have to be urgently invented, but it is clear that the progressive and inspiring UN Charter and UDHR could never be agreed upon today given the number of large and powerful illiberal states, and the almost complete absence of statesmen/women in positions of power. The big question is not whether the UN should exist but whether the much-needed structural reform of the UN, most notably that of the UNSC (which most member states and external observers agree is clearly needed to make it relevant for the 21st century) is possible in a world of increasing illiberal nationalism in powerful countries, including the majority of the veto-wielding P5.

UN reform: What Is realistically achievable in the current global conjuncture?

Before answering this crucial question, we need to understand that any, especially structural, critique of the UN, should not be directed at its staff, agencies, or even the Secretary-General, but at the member states, particularly the large and most powerful ones who are responsible for the UN’s actions or lack thereof. It follows then, that any serious structural reform will only be possible if preceded by serious reform or rethinking within large, powerful UN member states, especially the P5, and in the current global conjuncture, particularly the United States (US), China, and Russia. Consequential emerging countries such as India, Brazil, Turkey, and South Africa with aspirations to become UNSC permanent members should also prioritise this. While the reform of the Secretariat and UN organs remains crucial and must continue, progressive reform of UN bodies will also not be possible without prior reform in the thinking and policies of the UN member states who dominate the governance bodies of different UN entities.

In this context, the growth of illiberal nationalism in the US and the consolidation and deepening of already illiberal nationalist states like Russia and China have adversely impacted all three of the UN’s main pillars. Russia’s invasion of Ukraine violates the UN Charter and China’s unwillingness to honour the Permanent Court of Arbitration’s 2016 South China Sea ruling defies the international rule of law. Both undermine global peace and security—the first pillar. The significant delay in releasing the UN High Commission for Human Rights’ report on the Uyghurs in China due to prolonged and severe Chinese government pressure undermines human rights— the second pillar. Similarly, President Trump undermined the third pillar—development—by unilaterally withdrawing the US from the WHO (amidst the COVID-19 pandemic) and the UN Climate Change Convention. Despite Trump’s actions, the third pillar, in general, is less likely to be directly impacted in practice by the positions and policies of illiberal nationalist states. Nevertheless, any successful action on climate change, perhaps the most serious global development and security crisis of the 21st century, will require an effectively functioning UNSC, not the current paralysed and dysfunctional one.

Facilitated by Russia’s war in Ukraine, a resolution was passed by the UN General Assembly determining that it will meet each time a veto is cast in the Security Council

Based on the aforementioned examples alone, it seems unlikely that appropriate and desirable 21st century-relevant reform of the UNSC, and other aspects of the UN’s peace and security and human rights architecture, will be possible in the foreseeable future. One possible approach, which would not require any change to the UN Charter, is to strengthen the accountability of the UNSC to the UN General Assembly (UNGA) which is already envisaged in the UN Charter. In this context, the 2020 “veto initiative” launched by Liechtenstein which aims to raise the political cost of exercising the veto power by the P5 was timely and provides much-needed hope. Significantly facilitated by Russia’s war in Ukraine, a UNGA Resolution was agreed upon by consensus, without a vote, on 26 April  2022, with the active support of three P5 members, the US, UK and France, allowing it to take effect immediately. All P5 members will now be under pressure to explain future “vetoes” to the full UN membership in the UNGA. This is a structural reform in the right direction but needs to be fully implemented by China and Russia, in particular, because between 2011-2022, Russia and China jointly exercised their veto power 12 times while Russia exercised its veto an additional 13 times alone, bringing it to a grand total of 25 vetos.

Together with the “Uniting for Peace” mechanism, which allows the UNGA to step into serious security gaps left by the UNSC, this should lead to greater accountability of the UNSC to the UNGA, a far more democratic body with universal membership and no veto power. This mechanism was invoked recently in a UNGA resolution and vote leading to Russia’s expulsion from the UN Human Rights Council. While such reforms may appear modest when measured against the transformative structural reform really needed, they can be useful stepping stones in the right direction, as a prelude to more profound reforms which help the UN become truly effective in addressing the challenges of the 21st century.

This article was orginally published by the Observer Research Foundation. Republished here with kind permission. Copyright remains with the original publisher. 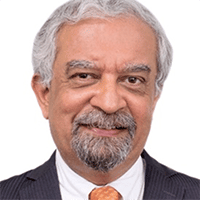 Kamal Malhotra
Kamal Malhotra is Non-Resident Senior Research Fellow at Boston University’s Global Development Policy Center. He led the UN in Vietnam, Turkey, Malaysia, Singapore and Brunei (2008-2021), and was UNDP Senior Adviser on Inclusive Globalization (2002-2008). He was co-founder and co-director of the think tank Focus on the Global South (1995-99).
Weitere Posts

A 2019 survey in Argentina, China, India, Russia, Spain, and the United States revealed that citizens overall support strengthening or maintaining the authority of the UN and making it more democratic
Farsan Ghassim | 22.09.2022
UNO-Reform