In the 2020 edition of their Democracy Index, the Economist Intelligence Unit (EIU) recorded the worst state of global democracy since the index was first produced in 2006.

The report aims to measure the state of democracy in 167 countries, covering almost the entire population of the world and the vast majority of the world’s sovereign states. Using 60 indicators that collectively measure the electoral process and pluralism, the functioning of government, political participation, political culture, and civil liberties, it assigns each country a democracy score on a scale of 0 to 10. Based on their scores, countries are grouped into “full democracies”, “flawed democracies”, “hybrid regimes”, and “authoritarian regimes”.

In 2020, the average global democracy score fell from 5.44 in 2019 to 5.37, marking the lowest score in the index’s history. In total, the democracy scores of 116 countries declined, with only 38 improving and the other 13 stagnating. On a positive note, the percentage of the world’s population living in “full democracies” rose from 5.7% in 2019 to 8.4% in 2020 thanks to the improvement of Japan, South Korea, and Taiwan. At the same time, France and Portugal lost the “full democracy” status they had regained in 2019.

Democratic backsliding in every region of the world

The significant deterioration of the overall global score in 2020 was in large part driven by a concurrent decline in the average score of every region. Sub-Saharan Africa, which includes more than half of the world’s “authoritarian regimes” according to the index, saw its average score fall by 0.10. The second largest regional decline of the year occurred in the Middle East and North Africa, with its average score declining by 0.09. In Asia and Australasia, the region which has advanced the most democratically since the inception of the Democracy Index, the score fell by 0.05. Latin America’s average score declined by 0.04 in 2020, marking the fifth consecutive year of regression for the region. Finally, the average score of North America fell by only 0.01, mostly due to an improvement in Canada’s score which masked a decline of 0.04 in the US score.

Impact of the coronavirus (COVID-19) pandemic

The global health crisis caused by the novel coronavirus pandemic resulted in the largest curtailment of civil liberties ever undertaken by governments during peacetime. These restrictions, enacted in order to slow the spread of the disease and prevent further loss of life, were the primary contributor to the democratic regression seen in most of the world’s states, from “full democracies” to “authoritarian regimes”.

According to the authors of the report, the scores of many governments were downgraded because of the censorship of lockdown skeptics and other dissenting voices, the imposition of states of emergency and restrictions on civil liberties, and the general lack of citizen involvement in the processes that were used to make these decisions. Yet in the span of a few months, much of the world’s population willingly surrendered their rights and freedoms to their governments for the sake of preventing the catastrophic loss of life that would have otherwise occurred. Regardless of whether or not there was public support for these measures, the scores of governments that restricted civil liberties or failed to ensure proper oversight were penalized.

In many “hybrid” and “authoritarian regimes”, rulers took advantage of the pandemic in order to suppress dissent, subdue political opponents, and further solidify their grip on power. Contrary to past years, actions like these resulted in the largest democratic declines occurring in some of the world’s most authoritarian countries. In China, the pandemic led to an expansion of online censorship and surveillance, as well as a tightening of media controls and restraints on civil liberties. In order to control the spread of the coronavirus, similar steps were taken by other authoritarian governments throughout the world.

While it seems there was no alternative to most temporary restrictions imposed by governments for the sake of public health, the lack of discourse and popular engagement in their respective decision-making processes, as well as the extent to which “authoritarian regimes” used this emergency to further infringe upon the rights of their citizens, has shown the continuing fragility of democracy and the need for greater political participation and more effective and accountable governance. 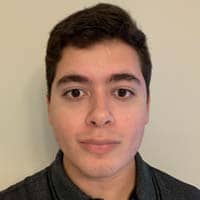 Nicolas Rowe
Nicolas Rowe is a student at the Catholic University of America and a co-founder of the Young World Federalists.
Mehr dazu