The UN was conceived as a ground-breaking experiment in global cooperation and people-centred multilateralism. Born out of the ashes of the Second World War, its Charter outlines four lofty aspirations in the name of ‘We the Peoples’.

These are to save succeeding generations from the scourge of war; reaffirm faith in fundamental human rights, dignity and equality; establish conditions for justice under international law; and promote social progress and better standards of living.

As the UN marked 75 years of its existence in the previous year, has it achieved these objectives? To answer this question, our colleagues at CIVICUS, the global civil society alliance, asked thought-leaders and activists to reflect on the UN’s achievements, challenges and prospects for change.

Drawn from a diverse array of organisations that work closely with the UN, they all agreed that while millions of people around the world have benefitted from the UN’s activities there needs to be a major shake-up in how the UN operates.

Significantly, the UN has helped prevent and resolve conflicts. It has provided humanitarian assistance to people in desperate need following natural and human-induced disasters. The UN has arranged food and shelter for vulnerable populations during crises while enabling joint action to overcome the fallouts of pandemics and climate change. The conditions of many of the world’s excluded people could have been far worse were it not for the UN’s interventions.

The UN has also produced strong and evolving human rights and gender justice norms. Following the Second World War it helped usher in the great wave of decolonisation and self-determination that swept much of the global south. More recently, it has stewarded an ambitious and universal sustainable development agenda.

In each of these endeavours the UN and its member states have relied on activists and non-profit organisations for innovative ideas, complex problem solving and service delivery.

It is telling that the UN Secretary-General chose to mark its 75th anniversary not with a celebration, but with a global consultation aimed at listening to the people it serves.

A major criticism of the UN is that its panoply of systems and structures seem bewildering and self-serving to outsiders, making it difficult to work through them. The UN’s bureaucracy is sprawling and often slow-moving. Its structure is rigidly hierarchical and powerful institutional inertia makes reform hard.

Civil society activists and organisations seeking new forms of people-centred engagement to meet contemporary challenges are stymied by outdated UN procedures with their attachment to precedent and lack of imagination.

Accreditation with the UN can be politically loaded; many human rights organisations are effectively shut out. This means that the UN loses out on opportunities to hear vital voices. Further, many of the UN’s key agencies and departments are based in global north countries with discriminatory visa regimes that exclude the vast majority of people of the global south.

These failings are not merely procedural. They point to a deeper dysfunction of obstructionism and failure by UN member states to live up to and support the UN’s founding values. There is no more visible symbol than the Security Council whose permanent members have repeatedly failed to discharge their responsibility to maintain international peace and security.

The consequences are profound for some of the world’s most persecuted peoples, including Palestinians, Uyghurs, Rohingyas, Sahrawis and Tibetans. They have resulted in the loss of hundreds of thousands of lives in just this past decade in conflicts in Afghanistan, Democratic Republic of the Congo, Iraq, South Sudan, Syria and Yemen.

Today, there are nearly 80 million forcibly displaced people around the world. Global military expenditure has soared to a mind-boggling US $1,917 billion. One in nine people on the planet face chronic undernourishment despite an exponential growth in wealth.

The UN’s state-centred procedures and exclusive decision-making spaces controlled by government representatives sit at odds with the people-centred aspirations of the UN charter. Some progress has been made to enhance people’s and civil society participation at the UN but much more needs to be done.

Notably, the Declaration to commemorate the 75th anniversary includes a solemn promise to “upgrade the United Nations”. In this spirit three proposals to advance the people-centred aspirations of the UN Charter are worth considering.

A civil society champion, a citizens‘ initiative and a parliamentary assembly

First, an office of a people’s or civil society champion could be created to identify barriers in participation, spur inclusive convenings and drive the UN’s outreach to the public and civil society organisations. Such a champion could lead the implementation of a broader strategy for opening up the UN to people’s participation and civil society voices while addressing asymmetries in engagement across UN agencies, departments and forums. CIVICUS is working with several organisations including UNA-UK and the Together First initiative to make this idea a reality.

Second, a procedural mechanism in the form of a citizen’s initiative could be established to mandate key UN bodies including the General Assembly and Security Council to act on matters of global importance following submission of a joint petition by a certain number of global citizens. Such a mechanism would enable people to have their voices heard and also provide an avenue to shape the agenda of the UN.

Third, people across the world should be given an opportunity for direct representation and voice at the UN through a parliamentary assembly. Deficits in representative democracy that exist in far too many parts of the world are further accentuated at the UN through a state-centric bureaucracy driven model. A parliamentary assembly could help make the UN more accessible to people.

Today, as we face down an epic global health crisis and an impending massive economic recession, international cooperation that promotes people-centred multilateralism will be needed more than ever. Global challenges are too big for states and their agents to solve alone. Organised civil society and active citizens have a key role to play but we have to transform the spaces within which decisions are made. The possibilities could be vast if we are open to change like the visionaries who helped establish the UN.

This article was originally published at una.org.uk. Re-published here with kind permission. It was slightly edited to reflect the fact that it’s now past 2020. The copyright remains with the authors and/or the original publisher. 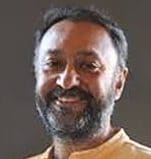 In her latest book, Dena Freeman, a senior visiting fellow at London Schools of Economics‘ Department of Anthropology and an advisor of Democracy Without Borders, poses a simple question: can…