In June of this year Anders Fogh Rasmussen and Ivo Daalder, from the Alliance of Democracies Foundation, and the Chicago Council on Global Affairs respectively, released a memo, addressed to “the leaders of the free world,” calling for the creation of an “economic article 5”. Rasmussen is a former Danish prime minister and also served as Secretary-General of NATO between 2001 and 2009. Daalder was the American ambassador to NATO from 2009 to 2013.

The reference to “article 5” is an invocation of the promise NATO members make in the NATO treaty to consider an attack on any one of them an attack on all. It has only ever been invoked once, following the September 11 terrorist attacks against the United States.

It’s time to tell the bullies that if they poke one of us in the eye, we’ll all poke back

The goal of an “economic article 5” is to protect the political sovereignty and economic well being of democracies from authoritarian threats, by applying the same principle in the economic sphere. It calls on democracies to promise each other they will jointly respond to “economic coercion” by authoritarians.

What is economic coercion?

The memo gives two recent examples of what it means by “economic coercion”: Lithuania and Australia.

In November 2021 the Lithuanian government allowed Taiwan to open a “Representative Office” in Vilnius – a move in the direction of recognising Taiwan as an independent country, rather than part of China. China responded by blocking imports from, and exports to, Lithuania, as well as (according to the memo) pressuring companies from other EU countries to sever ties with lithuanian companies. Moves which, according to Lithuania’s central bank, could have measurable impacts on that country’s economic growth into 2023. The memo goes on to say that the EU has lodged a complaint regarding this matter with the World Trade Organisation, and was backed up by members of the G7 “demonstrating an embryonic democratic front”. But notes that “WTO procedures are lengthy, and no settlement has yet been reached.”

Australia, the report goes on to say, faced a series of new tariffs on “barley, beef, coal, copper, wine, and other goods” following calls from the Australian government for an inquiry into the origins of the Covid-19 pandemic, which originated in the Chinese city of Wuhan. Australia was largely able to find new markets for its goods, muting the effectiveness of these measures – largely due to trade deals with the EU, UK, and India – all democracies. Australia, like Lithuania, took the issue to the WTO. Like Lithuania, it is still waiting for the matter to progress.

What about existing institutions?

The memo is somewhat critical of the WTO, and acknowledges that their proposal conflicts with the idea of non-preferential treatment, which is at the core of the WTO system.

But the WTO is already at a crossroads. Lengthy dispute-settlement proceedings, an absence of interim relief for plaintiffs in WTO cases, and costly resolutions that disregard prior offenses have all contributed to the diminishing role of the WTO in recent decades. The organization’s failure to include binding countermeasures against economic coercion adds to the weakness of the WTO as cases of targeted economic coercion by authoritarian states continue to emerge.

Rasmussen and Daalder cite an “anti-coercion instrument” proposed by the European Commission as a template, and rely on the EC’s determination that such a mechanism does not breach international law. It also identifies several organisational kernels, from which an “Alliance of Democracies” with an “economic article 5” might grow. These include the G7, the OECD and the Summit for Democracy, initiated by President Joe Biden in 2021.

They go on to suggest that such an alliance could constitute a “step toward a democratic common market.” and suggest that “fence sitting nations”, all from the global south (who did not, for example, join in condemnation of Russia’s invasion of Ukraine) could be tempted to pick the democratic side in future conflicts, by the promise of access to this common market – which would include the lion’s share of the world economy.

It’s encouraging to see a call from within the foreign policy establishment for economic and trade policy informed by political and moral issues, but it seems the authors are being very selective in which issues should be considered.

There’s no mention of promoting democracy as such, merely protecting the interests and sovereignty of existing democracies. There’s no mention of cutting the extensive military, diplomatic and financial aid that democracies provide to allied authoritarian regimes, like Egypt or Saudi Arabia. So long as you don’t poke one of us in the eye this suggests, you can do whatever you like to your own citizens. We don’t care if China, for example, is using Uyghur concentration camps as a source of cheap labour. That’s fine, so long as they don’t put tariffs on Australian winemakers. It’s hardly an inspiring call to moral action.

It also displays a blindspot to the misdeeds of the democratic powers it addresses as “the free world”. It assumes that the enemies of the developed democratic countries are the «bullies» and that the US, EU, Australia and so on are always the good guys. Given the history of Western aggression – including economic, military and political actions against fledgling democracies in the developing world – this can only be read as willful ignorance, and an example of a Western chauvinism that undermines efforts at democracy promotion by allowing authoritarian regimes like in China and Russia to present themselves as anti-imperialist and counter-hegemonic alternatives to a greedy global empire.

This is made worse by the conflation that organisations like the Alliance of Democracies Foundation make between free societies and free markets (see further discussion in the video bibliography below). In reality the practice of democracy often leads to regulated markets and social protections, and authoritarian regimes are often favoured by global capital, since they can effectively crush worker dissent and override environmental protections, among other things. Consider the mass relocation of manufacturing to China over the previous decades as an obvious example.

Finally the proposed mechanism is entirely reactive, and depends on a collection of national governments to respond to each act of (perceived) “coercion” on an ad-hoc basis, which is unlikely to produce consistent responses or results over the long term.

Perhaps a better mechanism would be an independently calculated trade desirability index, which would factor in human rights and environmental considerations, as well as degrees of democratisation, in determining access to the lucrative markets of the world’s democracies. Such a system could apply steady, proactive pressure, and reliable incentives for good global citizenship, rather than waiting to be poked in the eye, then poking back.

We believe in transparency. You can see how this article was researched in the video bibliography below! 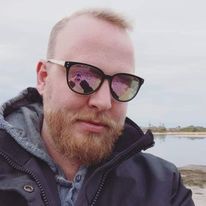