The recent round of inter-governmental negotiations on UN Security Council reform ended in New York on 12th July 2022 with an “oral decision” of the UN General Assembly to “immediately” continue the talks at its upcoming 77th session that starts this month.

As these negotiations have been going on for almost three decades with no substantial signs of progress, there is frustration among member states who are closely involved in the negotiations like India, Japan, Italy, and others. The final session of the recent round of negotiations was characterized by accusations and counter-accusations and polarized reactions on the call to move towards text-based negotiations.

Build up to the Inter-Governmental Negotiations

The UN Security Council (UNSC) is composed of five permanent members with veto rights – China, France, Russia, the US, and the UK, also called the P5 – and ten non-permanent members elected by the UN General Assembly (UNGA). The Council has the primary responsibility for the maintenance of international peace and security. However, in over seven decades since its formation, the UNSC has struggled to deal with and stop numerous international and civil wars. And more importantly, one or more of the P5 members have often been directly or indirectly involved in these wars and used their veto privilege to undermine UNSC action.

The basic structure of the UNSC was negotiated in the mid-1940s when much of Asia, Africa, Latin America, and the Caribbean were colonized by countries of Western Europe. This meant that a vast majority of the current 193 member states of the UN had no meaningful participation in negotiating the structure of the UNSC, as observed in the Ezulwini Consensus and Sirte Declaration of the African Union. Thus reforming the UNSC is essential not just to perform its primary responsibility of keeping international peace, but for the legitimacy and primacy of the UNSC in the international security architecture.

As calls for reform got louder, the UNGA established an Open-Ended Working Group (OEWG) in 1993 to consider all aspects of UNSC reform and since 2008 to facilitate so-called “Inter-Governmental Negotiations”, in short IGN. The progress at the OEWG/IGN has been extremely slow so that it is often dubbed the “Never-Ending Working Group”. In its almost three decades of operation, the working group has identified the substantial differences among countries while managing to narrow a few. The proceedings in the OEWG/IGN are characterized by repetitive statements from groups of countries with divergent and often rigid positions.

One of the key areas of divergence is whether new permanent seats should be created and the question of veto. The Uniting for Consensus group, comprised of Italy, South Korea, Mexico, and other countries, is firmly opposed to creating additional permanent seats. There are proposals under discussion to create a new category of permanent members without veto rights.

Brazil, Germany, India and Japan, who comprise the G4 group, however, are seeking for themselves new permanent seats with veto rights, but claim they would not exercise the veto voluntarily until a review ten or fifteen years after the change. However, past precedents lead one to be skeptical of future review processes, as they are not guaranteed to happen.

The negotiations are held in informal plenaries of the UNGA with no official record of proceedings. The only formal documents available are the “Elements Paper”, which presents the co-chair’s understanding of the areas of convergences and divergences, and the 2015 “Framework Document”, which includes the official country positions on individual details of the reform.

Given the disagreements on both principles and details, one logical step seems to be to combine the existing documents into one consolidated “Elements Paper” with the country positions on individual matters updated annually. This consolidated document, while enhancing the institutional memory and transparency of the IGN, could help move the negotiations forward.

Lack of a negotiating text after three decades

Alongside and related to the lack of documentation, the IGN does not have a single unified negotiating text even though several draft resolutions have been tabled by different groupings in the past. The recent oral decision included, for the first time, a call to gradually move “towards text based negotiations”, which the G4, Nordic group, and other countries have been advocating for years. This provoked sharply divergent reactions from different quarters. The delegations of China and Pakistan, for instance, opposed this move and noted it was expressing the will of the President of the UNGA, rather than a consensus reached within the IGN, while other opponents stressed the need to agree on the principles before working on a text.

While it is true that moving towards text-based negotiations can expedite the negotiations if done by consensus, it is also equally true that doing so without consensus can lock in positions and accentuate the differences further. Nevertheless, the inability to negotiate a draft text after three decades of diplomacy makes one think that the process could go on for another 75 years, as noted by the Indian delegate.

The prospects for meaningful UNSC reform in the near future seem to be minimal. The UNSC risks becoming irrelevant unless reforms are implemented to reflect the geopolitical realities of the 21st century. The world has moved on from the Second World War and it is time for member states and the P5 to reorganize the UNSC as well. 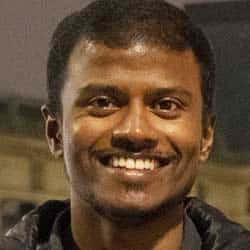