From 24-25 September, representatives from dozens of civil society organizations (CSOs) from across the world met directly across the street from the United Nations General Assembly for an alternative People’s Assembly to discuss global progress on the Sustainable Development Goals (SDGs). The tone wasn’t celebratory. A certain dark mood and disappointment was a major recurring theme in the discussion.

This was reflected in the opening preamble of the meeting’s final declaration:

The world is on fire. We exist in a world of profound inequality, climate emergency, a crisis of closing civic space and where violence is increasingly protracted and normalized. We live in a world where there is a crisis of accountability and governance. In 2019, at the end of the UNGA Summit, we are saddened by the persisting lack of political will and leadership to even begin to address these issues. This is not good enough. This is failure.

This position represents the overall context of the assembly, and it permeated every discussion. There were in depth dialogues on climate and environmental justice, peace and conflict, transparency and accountability, reducing inequality, civil space, democracy, and many other issues.

There is a crisis of accountability and governance

There were participants from every corner of civil society, from an indigenous leader in the Amazonas, to those representing disabled individuals in the Democratic Republic of the Congo. One woman had come recently from the smoldering hectares of the Amazon, with one of the most powerful moments of the event being when she presented the fresh ashes of the rainforest to the representatives gathered, reminding everyone the stakes involved in the largest and most pressing concern of the conference, climate change.

Activists from across the planet spoke about the latest developments and pushbacks in the fight to keep temperatures from rising by 1.5 degrees or even more, and an emphasis was put on agroecology as a strong path towards sustainable agriculture. Many were concerned with the influence that large, transnational corporations had on the United Nations, and the perceived privatization of its mechanisms. Recapping the progress made towards the SDGs so far, there was disappointment. Large states and private institutions continued to demonstrate an unwillingness to adjust their practices. There were immense stakes in their actions, yet they were at times in direct conflict with the public good. But since the drafting of the SDGs, they had still been allowed to open more coal mines, and to drill for more oil in spaces that had until recently been national parks. Everyone was aware of the damage such actions were doing, and had been for decades, yet there still remained little legal mechanism to block such action.

During the panel on the High-Level Political Forum that officially overlooks implementation of the SDGs as well as UN reform, there was an expressed desire that the United Nations have a greater ability to hold itself and its member states accountable. The pace of these issues necessitated it and provide a backdrop to the ongoing war on accountability in many nations. One speaker from the Philippines attested in personal detail to the struggles those speaking out faced, the friends and colleagues who had been arrested or worse, and a journalist from East Timor recounted the legal struggles he endured against his own government after he investigated alleged corruption. CSOs representing the Dalit people and the Roma vocalized the plight of discrimination that millions continue to face, and the need of greater civic space and political representation for those who are repressed.

Established global structures are not sufficient

These presented just a few of many examples, and there was a pattern, a sort of repetition, to every discussion: Established global structures do not have the means to combat major threats of our time, nor do they provide the appropriate platforms to let the citizens of the world, those affected at ground level by the plights summarized so far, a way to voice their grievances and demands.

A UN Parliamentary Assembly and a UN World Citizens’ Initiative

SDGs 16.6 and 16.7 set two goals very clearly: to develop effective, accountable and transparent institutions at all levels as well as  to ensure responsive, inclusive, participatory and representative decision making at all levels.

At all levels is a key phrase here.

Democracy Without Borders has put forward two proposals, a United Nations Parliamentary Assembly (UNPA), and a UN World Citizens’ Initiative (UNWCI) to help achieve those goals. A UNPA would give a voice to citizen-elected representatives and would make decisions in people’s best interest. Living sustainably is unquestionably in the collective interest of humanity, even if it may not be in the interest of any one nation to lead the way.

A UNWCI, based on the example of the European Citizens’ Initiative, would ensure that if a certain number of global citizens endorsed a citizen-launched initiative, UN bodies such as the General Assembly or the Security Council have to put the item on their agenda and give representatives of the initiative the floor to make their case.

Both of these proposals, if implemented, could help in combatting many of issues discussed in detail during the People’s Assembly. Consequently, the meeting’s final declaration supported them in the final section on “civil space” as follows:

Existing structures are reinvigorated, and others are formed to ensure that the citizens of the world have a greater voice in global affairs, including a United Nations Parliamentary Assembly and a UN World Citizens initiative.

In a piece published on the UNPA campaign’s website, Democracy Without Borders strongly welcomed this endorsement. 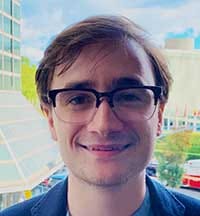 Liam Herbert
If you like this article, consider making a donation
DONATE NOW