The following eulogy is based on the speech given at David Held’s funeral, West London Synagogue, Golders Green Cemetery, on 18 March 2019. David Held, born in London, 27 August 1951 – died in Durham, on 2 March 2019

David Held has been one of the most influential contemporary political theorists of our age, probably because he had a special talent to understand the emerging political issues and how theory could help to better frame them. He published more than 50 books and it is an impossible mission to give a full account of his ideas in three minutes. But I will try.

A firm advocate of democracy, David understood quite early that its practice should be improved to continue to appeal to the population. His textbook Models of Democracy (1987), translated into seventeen languages, shaped the understanding of democracy of several generations of students and teachers, but also of many activists willing to improve the practice of self-government in their own country. His message was quite direct: there is not a model that will fit all size, a lesson particularly relevant when, after 1989, many nations with different cultures and traditions managed to be ruled by elected governments.

His book Democracy and the Global Order (1995) broke new ground by highlighting a basic contradiction of contemporary democracies: we live in an increasingly globalised society, but our governments are still national in scope. How could these “overlapping communities of fate” – as he called them – engage in democratic procedures to decide on issues of common concern? David and I boldly advocated a cosmopolitan democracy: a comprehensive project to extend democratic values and procedures to the global level.

Together with Tony McGrew, he published several books on Global transformations: Politics, economics and culture, a series that soon become very popular. With Mathias Koenig-Archibugi, David also scrutinised the devices of global governance. One of his later books, Gridlock: Why Global Cooperation is Failing When We Need It Most (2013), co-authored with Thomas Hale and Kevin Young, attempted to identify why global governance works better on some matters (such as air-traffic or Internet) than others, and sometimes not at all (for instance, in preventing wars or climate change).

David moved to the London School of Economics and Political Science in 1999 to become Graham Wallas Professor of Political Science. At LSE, he co-directed with Mary Kaldor the Centre for the Study of Global Governance, contributing to making it a hub of excellence in the field.

David was also a very successful entrepreneur and in 1984, together with his mentor Tony Giddens and John Thompson, launched a publishing house, Polity Press, which, among other things, translated into English the works of many European authors. Thanks to Polity, many very relevant European social scientists could be read, assimilated and discussed in the Anglo-American community. With Eva-Maria Nag he edited the journal Global Policy, another successful academic enterprise. As Master of University College at the University of Durham, where he worked from 2012 until his death, he had the opportunity to enhance the social sciences activities in the Campus.

David was an enthusiastic and extremely prolific author but also very encouraging with the work of others, especially young scholars. As supervisor, editor and publisher, he has supported the ideas and the career of many younger colleagues. He was intellectually rigorous and, at the same time, very witty and his arguments – in the public sphere as well as in his private life – where light and persuasive. Perhaps because he started his academic career at the Open University – a University devoted to adult education – he gave great importance to clarity. His works were meant to be understandable not just for the pundits, but for everybody, and this is one of the reasons why they are so popular.

David has also always been very keen to use ideas in the public arena and to foster informed policy-making. He wanted to understand the dynamics of social and political reality in view of improving social practices and policy making. As a pioneer of global studies, David understood before and better than others that globalization offered many opportunities, but there was something rotten in the way in which the benefits were distributed: he strongly advocated a global social-democracy to sustain justice and well-being. Cosmopolitan democracy was meant as a project able to create stronger ties across citizens and nations to impede that a few extremely wealthy technocrats could rule over everybody. A supporter of European integration, he understood that Brexit was the wrong answer to the inability of the incumbent ruling classes to provide benefits to the whole population.

He left us so suddenly that we feel the urgency to continue discussing issues with him. We would like to hear his views about the prospects of cosmopolitanism in the age of sovereignism and on the perils of democracy in front of populism. For sure, his views on how to sort out the Brexit mess would have been insightful. But we would also like to talk to him about the duties we have on ourselves and in front of the persons we love and that love us. Nobody could cast a first stone, but all of us should learn from his experience.

He leaves to us four superb children: Rosa, Josh, Jacob and Zac. You have all reasons to be proud of your father because by all standards he was an exceptional and incredibly energetic man. Rosa, Josh, Jacob, Zac: among the legacies that your father has left to you there are not just his books and all the good time he has spent with you. There are also your brothers and sister! Make sure that in the next days, months, years and decades you take advantage from this exceptional human capital.

We will miss greatly David’s generosity, his talent, his entrepreneurship, his sense of humour. We will continue the fight for a just cosmopolitan society also in his behalf. 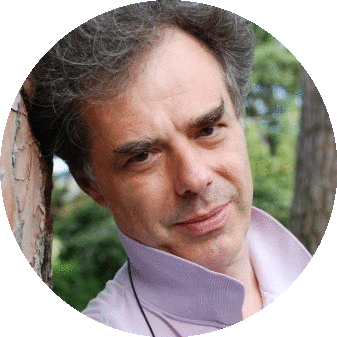