Global rule of law continues to decline, but resistance is gaining strength

Recently, the World Justice Project (WJP) and Human Rights Watch (HRW) released their annual reports that give snapshots of the current state of democracy across the globe. While both documents confirm the rise of authoritarianism in the previous year, HRW once again highlights that resistance against this trend is gaining strength.

Ongoing global decline of the rule of law

WJP’s 2019 Rule of Law Index revealed that more countries declined than gained in overall rule of law performance for the second year running. Of all the items measured by the study, constraint on government powers decreased in more countries than any other item. 61 countries declined whereas 29 improved and 23 stayed the same. From a regional standpoint, the report reveals that Eastern European states (i.e. Bosnia and Herzegovina, Poland and Serbia) have seen a pronounced decrease in constraint of government powers in the last four years.

In addition, the report notes a considerable decrease in criminal justice as well as a decrease in open government and fundamental rights. One item where WJP’s assessment saw a positive development was corruption. According to the study, corruption overall faced a marked decrease for the second year.

The worst performing countries as per the 2019 edition of the Rule of Law Index were the Democratic Republic of Congo, Cambodia and Venezuela. On the other hand, Nordic states, were amongst the top performing states (i.e. Denmark, Norway and Finland). Special recognition must be given to the following states that ranked highest in their respective regions: Namibia, Denmark, United Arab Emirates, New Zealand, Uruguay, Namibia and Georgia.

The Rule of Law Index seeks to understand how the general public in 126 countries perceive and experience the rule of law within their respective contexts. In doing so, data is collected with the following items in mind: constraint on government powers, civil and criminal justice, absence of corruption, open government, order and security, fundamental rights, and regulatory enforcement.

Surges of resistance across the world

Meanwhile, HRW’s 2019 report covers 90 states from late 2017 through to 2018. The findings highlighted in this report corroborate the idea that authoritarianism faced a marked increase in the last year. However, according to Kenneth Roth, HRW’s Executive Director, the upsurge towards autocracy has been met with increased, visible resistance. “While the autocrats and rights abusers may capture the headlines, the defenders of human rights, democracy, and the rule of law are also gaining strength”, he wrote.

Defenders of democracy and human rights are gaining strength

Roth notes that many smaller and medium states have stepped up to become the new defenders of human rights especially at the UN level. Outside of the UN context, these states have been influential in advocating for the ban of chemical weapons, calling out presidents for infringing constitutions and preventing bloodshed in violent conflicts.

Further resistance was visible through public pressure and electoral votes. For instance, in countries such as Ethiopia, public pressure led to the removal of an autocratic leader who was replaced with a new Prime Minister (whose manifesto was focused on positive reform).

Resistance was also displayed by the rejection of leaders by independent institutions of government. According to Roth, one clear illustration of this form of resistance is the Guatemalan Constitutional Court’s decision to reverse president Jimmy Morale’s attempt to ban the chief investigator of the anti-corruption body from the country.

Notable resistance was also observed by institutions that continued to advocate for human rights despite attempts at subversion. For example, the UN’s Human Rights Commission made commendable attempts to safeguard human rights by condemning the repressive regime in Venezuela and collecting evidence for a future tribunal against those responsible for mass atrocities in Myanmar. All this was undertaken in the midst of the US’ withdrawal from the UNHCR which many feared would weaken the body.

Overall, while the increase of authoritarian government is unsettling, it is comforting to note that civil society, institutions and various nation states are amplifying their voices and applying their resources to successfully reverse and halt this trend. However, if democracy, human rights and international peace are to be fully safeguarded, there needs to be an increased attempt at confronting xenophobic sentiments that still linger.

Image: On the New Year day of 2019, 5000 Hong Kong protesters hold a rally to protest against the political persecution and shrinking of political freedom in Hong Kong. Source: Flickr. 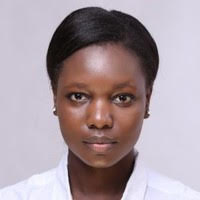 Amy Oloo
Amy completed a master's degree in international affairs at American University of Paris.
If you like this article, consider making a donation
DONATE NOW