The mission of Democracy Without Borders makes it clear that we will continue to work for world federalism. World federalism and democracy are inextricably linked. In a world in which democracy is weakening and a trend towards autocratization can be observed, our world federalist goals will be increasingly difficult to achieve.

Together for global democracy

In this situation, as world federalists, we must make a special effort to help strengthen and preserve democracy at all levels. We see the best opportunity for this in the new network of Democracy Without Borders. For a long time we have already been working closely with DWB’s association in Germany which until last year was known as the Committee for a Democratic UN.

Our common focus is the promotion of global democracy through the establishment of a Parliamentary Assembly at the UN. An initiative by Senator Daniel Jositsch in the Council of States, the Swiss Senate, currently represents a significant step forward (here’s a report). The postulate, which is supported by all Swiss Senators, calls on the federal government to comment on the UN’s democratic deficit and on the proposal for a Parliamentary Assembly. Switzerland’s strong democratic tradition will also provide important input for the promotion of democracy.

We remain committed to the world federalists

The Association of World Federalists of Switzerland was founded in 1960 as the Swiss chapter of the World Federalist Movement (WFM). An important founding member was the lawyer Max Habicht, who was already involved in establishing the international umbrella organization in Montreux in 1947. Democracy Without Borders Switzerland remains a member organisation of the WFM.

An important concern of the Swiss World Federalists was Switzerland’s accession to the United Nations. They took part in the campaign to join the UN, which was successful in 2002.

We need new members in order to be able to do more for global democracy in Switzerland and to build a new national association of Democracy Without Borders. Are you in Switzerland and interested in becoming involved or can you support us otherwise? Please get in touch with us. Further information can be found here.

Image: The Swiss flag on top of a building of the University of Zurich. Source: Creative Commons/Flickr 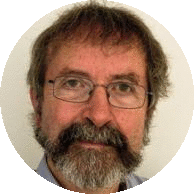 Christian Müller
Christian is President of Democracy Without Borders Switzerland
If you like this article, consider making a donation
DONATE NOW