The Great Transition to Planetary Civilization

Published two years ago in 2016, Journey to Earthland which is available online presents a highly recommended literary exposé on the future of our planet by environmental policy activist and Tellus Institute president Paul Raskin. Following up on 2002’s publication “Great Transition,” Raskin further elaborates on the prequel’s namesake – the Great Transition taking place within the Planetary Phase of Civilization.

The Planetary Phase is Raskin’s designation for the the current stage of human history, with the world now transitioning towards a global society that would see denizens of Earthland, the moniker of an encompassing state, living in relative peace and ecological harmony. The world is by no means depicted as an ideality – with regional conflicts still embroiling fellow Earthlandeans, and the effects of climate change being rampant – but is presented as an archetype that should be oriented towards. Numerous reports from the future society are used to describe the events that took place during the Great Transition, with the overarching message being that in this very moment we are living in a world that is capable of taking the final step towards a united and responsible human civilization.

A Global Citizens Movement as driver

The driver of the Great Transition is identified as the Global Citizens Movement (GCM), which is described as a network of NGOs, local activists, and further political movements. Raskin describes the GCM as fighting for a culture of nonviolence, tolerance, respect, and democracy, while at the same time, “adhering unflinchingly to the core Great Transition values of quality of life, human solidarity, and ecological resilience.” The war for a global society is not easily won, with the GCM fighting not only a counter movement that hopes to use the growing social and climactic emergencies as grounds to proclaim a restrictive World Authority, but further fissures within its own ranks. A New Global Deal and Declaration of Interdependence are enshrined as the bedrock of the global society, which is then tasked with picking up the pieces of past wars and present disasters.

Included in Journey to Earthland – and important to all those who hope for a World Parliamentary Assembly – Raskin speaks specifically of an Earthland Parliamentary Assembly (EPA), the “pinnacle of the formal political structure”. The EPA is the global assembly of the Commonwealth of Earthland, with membership including both regional representatives and at-large members selected by global elections. At-large politicians work specifically on behalf of Earthland politics through the stimulation of global parties, but strong regional representation that furthermore incorporates varied forms of democracy assures a balance of distinct views.

An Earthland Parliamentary Assembly as pinnacle of the formal structure

Journey deserves much praise for conveying dreams of world unity as no longer quixotic, but rather historically imperative. Salient criticisms abound though, from its predictions of future ecological situations with inadequate in-text explanation of their validity, to its fixation on the future without suggestions for what apiring global citizens could do now.

Such suggestions do come from other thinkers in their Reflections on Journey to Earthland. Focussing on the resurging push for world government and its role in a Great Transition, Luis Cabrera argues that the Earthland Parliamentary Assembly could easily grow from an initially consultative World Parliamentary Assembly as suggested by Democracy Without Borders and the international Campaign for a UN Parliamentary Assembly. Cabrera closes his comment with a crucial call for global thinkers to support regional groups who for decades have been rallying to world governmental institutions as their best chance for equitable representation – citing specifically US-American civil rights organizations such as the NAACP, as well as Indian Dalit communities. We cannot create Raskin’s “One World, Many Places,” while so many places are being forgotten.

Richard Falk in his reflection speaks insightfully about the responsibilities that would fall on any GCM. He states that its members must not only heed their responsibility to act but do so in a way that builds trust with the global community. The Great Transition has no blueprint, and thus global citizens will need to not only be flexible themselves, but also be able to elicit the same from weary masses. There may be more than one Journey to Earthland, and this behooves us the travel with eyes open for the best responses to the trials ahead.

One can doubtless say that Journey to Earthland achieves the goal set out for it by its author. It is an active and thought-provoking dialogue about the potential world that lies before us, and serves as a reminder that there are so many global citizens fighting on each front to one day live in such a world.

Image: The famous Earthrise photo of the Earth and parts of the Moon’s surface taken from lunar orbit in 1968 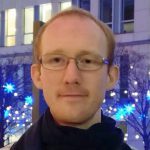