A World Community of Democratic Nations based on NATO and the OECD?

The promotion of democracy has become more urgent recently, as the world seems to become a more dangerous place. The threat of nuclear war has raised its head once again. Autocracy has been on the rise in many countries. The chaos in the Middle East and Afghanistan seems to be unending, and the number of destitute refugees worldwide has reached record levels. China and Russia have become more assertive of their power, in the South China Sea, Crimea and the Ukraine respectively.

The democracies in general, and the USA in particular, have been floundering in their responses to these various crises. Indeed, democracy itself seems to be in crisis, as highlighted by a new Democracy in Europe Working Group, a bipartisan group of more than 60 foreign policy experts in the US. They have raised an alarm over the assault on democratic principles in NATO countries, including Hungary, Poland, and even the US itself.

The democratic nations need to work more closely together

The democratic nations need to work more closely together, both inside and outside of the United Nations.  The time has come to form a world community of democratic nations to protect and promote democratic values, to preserve their long-established principles of freedom and human rights, and to work in tandem with the United Nations to bring peace to the world. In the longer term such a community could even evolve into a full-blown supranational organization with a global parliament, following the example set by the European Union and its European Parliament.

A possible basis for such a community is the North Atlantic Treaty Organization, NATO, which has been moving slowly in this direction over recent years. With the collapse of the Soviet Union in 1991, NATO lost its original role as bulwark of Western Europe against a possible Soviet attack. Since then it has been slowly developing a new role, remaining as an umbrella organization for the defence of the Atlantic democracies, but now also acting as their “out of area” security and peacekeeping arm, first in Bosnia, then in Afghanistan and Libya. This is entirely consistent with the Community aims outlined above. Members of the EU are still debating whether they should continue to rely on NATO for their collective defence or establish their own European armed forces. While this is not necessarily mutually exclusive, refocussing NATO may be an argument for the former.

NATO should be given a clear global mission, first to guarantee the security and freedom of all its members, and then to act as their security and peacekeeping arm in the wider world, under the aegis of the UN. At the same time, membership should be opened to stable democracies outside North America and Europe, e.g. Japan, South Korea, Australia, and New Zealand. Eventually membership of the Community should be opened to any stable, democratic nation, subject to suitable criteria laid down by the existing member states.

Membership of the Community should be opened to any stable, democratic nation

The organization should be restructured with appropriate organs of democratic governance, following the pattern established by the European Union. To avoid indecision and deadlock, decisions on functional matters within the agreed competence of the organization should be made by some form of qualified-majority voting (perhaps with an opt-out clause) – unlike the consensus which is customarily required in NATO today. A North Atlantic Council already exists, representing the member states. A NATO Parliamentary Assembly already exists, as the basis for a democratic chamber, but its official recognition is low and should be improved and formalized. A Court needs to be established, to settle differences over the interpretation of the founding treaty, and settle disputes between the member states on the basis of international law. This would form the embryo of an eventual legal system. A bureaucracy in Brussels already exists, headed by the Secretary-General, and the regular budget of NATO is about $6 billion per annum, which is already larger than the UN core budget.

The new community should channel funds to foster development in the more backward member states under the principle of “solidarity” established by the European Union. This would promote a feeling of community among the member states, and provide a strong incentive for new states to join in. This function could perhaps be undertaken by adding in the OECD, which has a very similar membership, as a second arm of the community.

Much as for NATO and the OECD at present, the aims of the Community would be to guarantee the security of each member state against external attack; to undertake security and peacekeeping operations for its members, under the aegis of the UN; and to promote mutual economic development. It would also provide a framework which could be used for coordinated action on other universal issues, such as global financial stability or global warming. More broadly, it would aim to serve the common global and diplomatic interests of its members. The community could also be a platform for democratic nations to play a stronger role inside UN bodies like the General Assembly or the Security Council in order to strengthen democratic principles and the world organization.

An explicit declaration should be made that the new community will only intervene forcibly in external states if authorized to do so by the UN Security Council, in accordance with international law. This should allay any fears by non-members of an unprovoked attack from the community. Acting strictly at the behest of the Security Council, the Community would provide a powerful means of enforcement for the resolutions of the Council. It could play a role very like that originally envisaged for a standing security force under Article 47 of the UN Charter. It would only intervene in an external state if authorized to do so by the Council; but conversely, like its member states, it would be obliged to lend support to any security enforcement actions which were in fact mandated by the Security Council, under article 43 of the Charter. It would thus provide a strong right arm to back up any security actions of the UN.

If the Community is open to new members, subject to suitable criteria of democracy and peaceful relations with their neighbours, then one can envisage many new members joining up, attracted by the prospect of new structural adjustment funds coming their way. Existing members would have to abide by principles of democratic governance. The membership could soon include the majority of the world’s nations, as more countries become democratic. Eventually, one may hope that membership in the Community would become universal. It would provide a convenient forum for discussion and the making of common policy on matters beyond the security sphere, including trade, finance and the environment. In time to come, one can envisage the Community evolving into a full-blown system of democratic global governance. 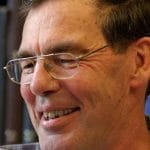