This month the Elect the Council campaign that is coordinated by the Institute for Security Studies in Pretoria released a recent summary of their suggestions on how to reform the United Nations Security Council authored by their coordinator Jakkie Cilliers. The proposals in the paper titled “The UN Security Council: From a 20th century relic to effective security governance” that was published by SEF Bonn are based on ongoing consultations with government representatives, UN staff, regional organizations such as the African Union, non-governmental organizations and academics.

The summary starts presenting a case for the irrelevance and impotence of the UN Security Council (UNSC), not just in retaining international peace and security, but also relative to its own reform. With this being on the agenda of the United Nations General Assembly since 1979 without tangible results, the document states that “prospects for progress within the Intergovernmental Negotiations process are non-existent”.

Prospects for progress within the intergovernmental process are non-existent

The campaign stresses the Council’s uselessness in containing conflicts such as in Syria, Israel, South Sudan, and the annexation of Crimea, highlighting the wielding of the veto power by the permanent five members (USA, UK, Russia, China, France) as “the most serious impediment to the Security Council’s future ability to fulfil its global security mandate”. At the same time, it emphasizes the urgent necessity of a competent peace keeper as populations grow, income inequality rises, resources are stretched and new threats emerge such as nuclear proliferation, dirty bombs, global pandemics, climate change and cyber warfare.

Proposals of the Elect the Council campaign

The campaign’s proposal identifies the need to redistribute and increase the number of Council seats in view of an increasingly multipolar world. The main areas of reform the proposal puts forward are:

While there are clearly many details yet to be considered, the Elect the Council campaign believes these reforms are likely to create a Security Council “whose authority and decisions will carry far greater force and legitimacy in the 21st Century.”

Non-negotiable amendments should be tabled in the General Assembly

The campaign attempts to overcome the many obstacles by suggesting a need for discussions and agreements to take place outside of the ongoing negotiations in New York. According to the paper, “detailed proposals should be agreed upon amongst like-minded states outside of the intergovernmental negotiating process and tabled in the General Assembly as a non-negotiable amendment to the Charter of the United Nations.”

Image: Miroslav Lajčák (on screen), President of the seventy-second session of the General Assembly, presides over the seventy-fourth plenary meeting on 20 December 2017. UN Photo/Manuel Elias 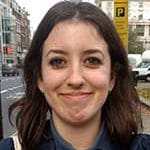 As global progress declines, UN moves Summit of the Future to 2024