A call to action: For an inclusive and effective UN reform summit in 2020

The 24th of October, 2020 will mark the 75th anniversary of the United Nations. This constitutes an opportunity – a chance for civil society to push for improved world governance.

Beyond the anniversary itself, 2020 will be a juncture of several multi-year reviews of treaties and “plus-five” conferences on topics as varied as the Women, Peace and Security Agenda; Climate Change and the Paris Accord; the Human Rights Treaty Bodies; the Nuclear Nonproliferation Treaty and the Sustainable Development Goals (SDGs).

An occasion for stocktaking, renewal and reform

As we look ahead to the UN’s 75th anniversary, there is also widespread recognition of the present crisis in multilateralism. Support is growing for building on the synergies among these high-level reviews, and using 2020 as an occasion for stocktaking, renewal and reform for the organization.

A group of NGOs consisting of the World Federalist Movement, The Stimson Center, CIVICUS and The Workable World Trust has taken on the task of advocating for an inclusive and effective 2020 Summit. We are calling for a General Assembly-led, adequately prepared process that involves a range of  stakeholders – including UN member states, UN officials, parliamentarians, civil society representatives and scholars .

We are deeply concerned about a United Nations system that is under-resourced, under attack, and unable to respond adequately to the many challenges facing humanity. These include increasing injustice and political violence, persisting poverty and growing inequality, and threats to the sustainability of global ecosystems. Core principles that should form the bedrock of our push to reform the UN should include:

Join the UN2020 Call to Action

Of paramount importance comes the idea of a “people-centered” UN – that the United Nations should better reflect the views of diverse stakeholders in its decision-making processes, not only the positions of Member States’ executive branches. This is one reason why our small UN2020 coordination group has issued a “Call to Action.” The manner that the aforementioned challenges should be met is certainly up for debate, but processes like the SDGs formation and other UN multilateral conferences demonstrate that a more robust and ambitious outcome is possible when the views of people around the world are Integral to a preparatory process.

The idea of a “people-centered” UN is of paramount importance

The UN’s 50th anniversary in 1995 followed the end of the Cold War. Despite tremendous efforts to make it a moment for reforming and strengthening the UN Charter and structure, very little was accomplished. In 2005, the 60th anniversary was the occasion for adoption of a significant package of reforms and innovations. More recently, 2015’s 70th anniversary coincided with the historic adoption of the 2030 Agenda for Sustainable Development, and the Paris Agreement on Climate Change.

In order to set a course for a well-organized anniversary and rededication, our hope is that a mandate for a 2020 summit can be agreed in 2018. This requires a General Assembly decision to frame and launch a formal intergovernmental process – which we hope would trigger wider multistakeholder processes among the many networks around the world that rely on a well-functioning UN system – including a UN Parliamentary Network, as a precursor to a fully-fledged UN Parliamentary Assembly.

The UN2020 call to action, and additional information is at UN2020.org. Please stay tuned for updates throughout the year. 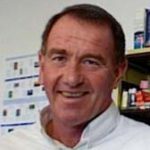