Seven reasons why there should be open borders

Let’s be honest, most people are already in favor of free movement – at least for themselves. If we care about poverty and justice, we need to start working towards a world of globally open borders for all.

1. Borders are a form of global apartheid

Borders preserve the privilege of the wealthy at the expense of the poor by preventing the movement of the world’s poorest people, restricting their access to the resources and opportunities available in wealthy countries.

Modern immigration rules exist to enable those in power to keep out anyone deemed ‘unwanted’ but borders cannot prevent desperate people from migrating. They simply make their journeys harder. Many migrants left their homes because of reasons outside their control, whether that was conflict, poverty, economic injustice or climate change.

With global inequality at unprecedented levels, modern borders have become a form of global apartheid: segregating who can and can’t access resources and opportunity.

2. Borders produce violence but do not stop immigration

The number of people dying while crossing borders has reached unprecedented levels. Last year, for instance, over 5,000 people died in the Mediterranean attempting to reach Europe. Instead of offering safe passage, Europe has intensified its border enforcement and forced people to take more perilous journeys.

While the EU has stood firm on free movement within the single market, for those outside the union it has become ‘Fortress Europe’. Europe’s external borders have become the most violent in the world – more people die at Europe’s borders than any other border worldwide.

Projects such as the EU’s Operation Sophia, a Naval mission patrolling the seas near Libya in order to stop, search and destroy smugglers’ boats, has only made people’s journeys more dangerous as it led to cheaper and more dangerous rubber dinghies being used.

And then there are Europe’s violent outsourced borders in places such as Libya, where despite UN reports of widespread abuse and violence, Europe continues to fund migrant detention camps.

Even if people do reach Europe, they will likely be faced by further violence or incarceration under Europe’s system of mass detention and deportation. In the United Kingdom, over 30,000 people are locked up in immigration detention centers each year. Australia notoriously sends people seeking asylum to outsourced detention camps in Papua New Guinea. While in the USA, which operates the largest immigration detention system, some 350,000 people passed through immigration detention last year. Europe’s deadly deportation schemes such as the Joint Way Forward deal with Afghanistan means people are returned to countries where they risk persecution, torture and even death.

3. Blaming migrants for low wages divides workers and creates a race to the bottom

Excluding migrants from work and refusing them access to basic services, means they are often stopped from contributing to society and the economy.

Because they are then forced to work in the shadow economy, they also often end up working for below minimum wage, which pushes down labor standards. But where they are allowed to work legally, this is not the case.

Study after study shows how wages are only ever minimally affected, if at all, by immigration. Possibly the most detailed study on this issue comes from Denmark. Economists followed the wages and employment of every worker in the country between 1991 and 2008, and monitored the impacts of large influxes of refugees. They found that low-skilled wages and employment actually rose in response to the influx of refugees. This is because immigrants are not just workers, but they also consume goods and take part in society, which in turn creates jobs.

Instead of building borders, we should organize and fight for better rights for all working people, whatever their country of birth.

4. More migrants would be able to return home safely

Open borders would mean that people could move freely, helping more immigrants return back home with the risks associated with crossing borders removed. For example, in the 1960s, 70 million Mexicans crossed into the USA, 85 per cent of whom later returned to Mexico. As the US border has become heavily militarized in recent decades, however, it has increased the dangers associated with moving, and thus discouraged immigrants from going back.

5. Open borders would make the world a richer place

According to economist Michael Clemens, opening the world’s borders could double global GDP. That is because the change in a worker’s location to a higher value economy increases their economic productivity. In addition, according to the Organization for Economic Co-operation and Development (OECD), across Europe, the average immigrant household contributes more in taxes than they take in benefits.

Of course, the economic value of a human being should never be the sole basis on which to allow them to exercise the right to move – and neither is GDP or economic growth the best measure of wellbeing. But we can be reassured that the world’s economy would not collapse under a system of open borders.

6. We can’t have free movement for some and not for all

Europeans have always exercised this right, such as the hundreds of thousands who migrated to North America in the 17th and 18th centuries. Citizens of rich countries continue to do the same today. We rarely hear opponents of free movement arguing to curtail their own rights to move, live, work, study or travel. Arguments for preventing free movement are always presented with the assumption that it is the movement of ‘others’ being stopped.

The current system of border controls is such that the accident of birth determines the extent to which you can exercise the right to free movement.

7. The rich already have open borders – it’s time to extend that to everyone

Borders barely exist for the movement of capital, and multinational companies can easily cross borders to extract resources and exploit labor. The world’s richest people can buy citizenship of many countries, including within the EU. In Cyprus you can buy citizenship for a €2 million investment, while Portugal offers full residency and only asks for a mere €500,000 investment.

The xenophobic media, which is so loud in its calls to stop desperate people fleeing the horrors of so-called Islamic State, is strangely quiet about the free movement of billionaires and oligarchs – and their rights to snap up luxury accommodation in cities like London, while pushing out the poor.

It is fundamentally unfair that corporate bosses can move jobs across the world, while ordinary workers do not have the freedom to move themselves.

We might not be able to open all borders tomorrow, but the first step is to begin working towards achieving the conditions that could make this a reality, for example through a universal minimum wage and global standards for workers’ rights.

A longer version of this post was originally published at the New Internationalist. 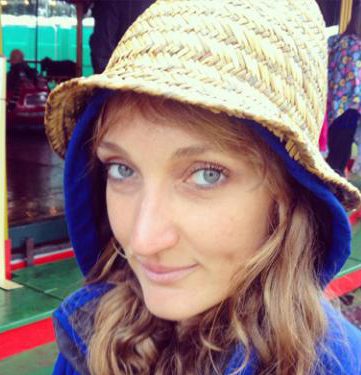 A World Without Borders