Most existing international treaties do not work, study concludes

International treaties are often used by countries to address concerns that cross national boundaries, including the environment, human rights, humanitarian crises, maritime issues, security and trade. While over 250,000 international treaties exist, no study has ever compiled and analyzed decades of research assessing their effectiveness, until now.

Over a 10-year period I led a systematic field-wide evidence synthesis. With the support of a team of researchers at the Global Strategy Lab we searched 11 databases, combed through 24,096 records, and found 224 quantitative impact evaluations of treaties. We then used statistical techniques to integrate all unique quantitative estimates of effects. The resulting study, titled “International treaties have mostly failed to produce their intended effects”, was recently published in the Proceedings of the National Academy of Science (PNAS).

Only trade and finance treaties were associated with achieving intended objectives

This study was conducted to identify which international treaties achieve their intended objectives and understand which factors result in effective treaties. The study analyzed the effects of treaties in six policy domains, environment, human rights, humanitarian crises, maritime issues, security and trade and finance. Only trade and finance treaties were associated with measurable progress in achieving the intended objectives of the treaties. Treaties in the other policy domains analyzed were not found to be effective and, in some cases, may have caused harm.

Enforcement mechanisms are required to improve effectiveness of treaties

In short, enforcement mechanisms are the only modifiable treaty design choice with the potential to improve the effectiveness of treaties governing environmental, human rights, humanitarian, maritime, and security policy domains.

Finally, we also found evidence that impactful treaties achieve their effects through socialization and normative processes. Studies evaluating the longer-term legal effects of a treaty’s ratification and its coming into force found much smaller effects and no effects, respectively.

Read the full study here and access the spporting appendix with additional analyses and material here. Learn more about the Global Strategy Lab and its work at www.globalstrategylab.org. 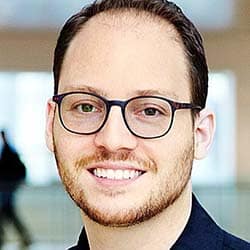