In a time of unprecedented challenges, global governance needs a transformation capable of reconciling us with the planet and fostering caring for each other. To do this, the municipal movement, to which the author belongs, calls for a greater political voice for local and regional governments.

Our world is at a moment that we could define as foundational. The number of overlapping crises, their universal nature, and their degree of interconnection places us in front of an unprecedented scenario. The scope of some of these challenges is palpable in our daily lives, while the repercussions of others are more difficult to measure, even still to identify.

We see the dreams broken, the lives lost in armed conflicts, the dinghies reaching the shores, the persecution of the Tigray people in Ethiopia, the deaths, destruction, and displacement in the cities of Ukraine. The impacts of conflicts reverberate at a global and local level, affecting everyday needs such as food and energy.

These challenges seem more visible today, but they have long been suffered by the most vulnerable people in our communities, finding their roots in systemic emergencies such as climate change, or the pandemic and its consequent economic crisis. This scenario represents an important wake-up call to transform, all together, our systems and ways of life.

Local and regional governments know this well. The global has a local impact and the local determines the global. It is in times when we feel most vulnerable and unprotected that the capacity, values and limits of our communities are tested. And it is under these circumstances that local and regional governments are at the forefront of efforts to break through together, guaranteeing the provision of public services, guaranteeing rights, and promoting ways of living that are inclusive, supportive, equal and fair.

It is at times like these that we must reevaluate our priorities and make sure what we have experienced, what we have gone through, serves to transform how we interact with exach other, with our environment and with our institutions.

Developing a Pact for the Future

The World Organization of United Cities and Local Governments, in short UCLG, building on the legacy of the centenary international municipal movement, is convinced that these transformations will only be possible if local and regional governments play a fundamental role as political actors, with the responsibility of the level of government closer to the people and going beyond the competencies or resources at their disposal today.

To achieve these transformations, UCLG is developing a Pact for the Future of People, the Planet and the Government that includes the shared principles, values and aspirations of our communities to renew the social contract from the bottom-up.

The Pact recognizes this foundational moment. It aims to build on the collective knowledge that we have been able to coin as the starting point towards a more sustainable future, with gender equality and social justice as essential pillars of any creative, resilient, empowered and committed community. The Pact does so by putting people at the center, deepening the needs of current generations and expanding the rights of future ones. Guaranteeing public services and the commons, developing a harmonious relationship with nature, and renewing the relationship between spheres of government to improve people’s trust and representativeness.

The moment for Local Multilateralism

From April to October, mayors and governors from among our members elect their peers to represent them in the UCLG World Council, which is the principal policy-making body of our organization. There are 342 seats distributed among the five continents as follows: 45 for Africa, 66 for Asia, 73 for Europe, 36 for Eurasia, 35 for the Middle East, 39 for Latin America, 24 for North America, 21 for Metropolitan areas, and seats mainstreamed for the Forum of regions. Overall, UCLG as an umbrella brings together over 240,000 towns, cities and regions as well as over 175 local and regional government associations.

At the UCLG General Assembly, mayors and governors directly elect their pairs, which ensures that the composition and representativity of the World Council emanates from local, national, regional and public mandates – and reinforces the principles of decentralization and local democracy everywhere. The body is in charge of guiding the future of our organization, decide its main orientations and ensure policy implementation at the strategic level.

This process is an unparalleled democratic exercise in local multilateralism, which began at Africities, the largest meeting of local and regional governments on the African continent, where the vibrant energy of the municipal movement was intensely present, conveying the empowerment of local voices and the strength of diversity. The democratic exercise of Kisumu has been later replicated in Konya, where UCLG MEWA determined the candidates from the MEWA Region, and will be completed throughout the rest of the regions of our planet.

Those elected representatives will present motions to promote concrete actions that take the strategic orientations of the organization, notably the Pact for the Future, to the streets and budgets of our territories. The results will be adopted at the General Assembly on October 14 in Daejeon, at the most representative summit of local and regional governments and one of the largest democratic gatherings on the planet, with thousands of elected officials, civil society members, partners and stakeholders.

Towards the UN Summit of the Future

The meeting in Daejeon will define the roadmap of the municipal movement and will largely shape the local and territorial contribution to the United Nations Summit of the Future in 2023, while contributing to showing the strength, diversity and decision-making capacity of the municipal movement to bolster a global governance system where the voices of our communities are listened to at all the relevant decision-making spaces.

In a context where national governments arm themselves to protect sovereignties and access to resources, local and regional governments show themselves to be the greatest allies in defining a care agenda that contributes to rebuilding the foundations of the multilateral system towards a model of development that is universal, sustainable, and inclusive. 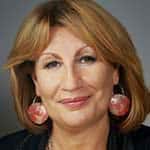 What will the world make of the UN Summit of the Future in 2023?