Democracy has lasted for centuries because it is the most effective tool for making decisions across large, diverse communities. It gives us control over decision-makers, making them accountable to us. It’s humanity’s most complex social creation.

But now democracy must evolve to meet the challenges of globalisation and the tech revolution. Democracy hasn’t evolved in over 100 years, since the Industrial Revolution forced changes to the rules, so working men and then women got the vote, through fair elections and secret ballots. It’s time to update democracy again. This means six new rules of democracy.

Better, updated rules of democracy will make it easier for us to discuss and agree potential solutions to intractable or global problems, whether pandemics, inequalities, online abuse, refugee crises or climate change. And better rules of democracy will help to ensure that everyone affected by decisions is more fairly represented at the decision-making table. That does not happen well enough now. My new book “The Rules of Democracy” puts forward suggestions for improvements.

The first new rule is for us to elect people to represent us not just locally and nationally, but internationally too. Democracy should be a system that reflects the world we live in, with decisions about street cleaning and libraries made by local politicians, about the economy, security, the railways made by national politicians, and decisions about the environment, global finance, trade, the internet made by international politicians, all directly elected by us in a global parliament, and accountable to us in representing our views on all the decisions that impact on our lives.

In this way, democracy can evolve as a system to respond to the challenges of globalisation and the tech revolution. Directly elected and accountable international politicians can represent our interests on global issues, with strong local democracy to give us influence over decisions about our community, and national politicians to resolve national issues and champion our identities.

Hundreds of years ago, endemic regional conflicts were resolved in part by the formation of nation states such as Germany, Italy, France and Britain. Yet Bavarians, Tuscans, Bretons and Scots remain rightly proud of their separate regional traditions and histories, while benefitting from a national forum where disputes can be settled and approaches to change agreed. The same evolution can now take place internationally, with accountable politicians from every continent gathering to discuss common problems and finding compromise through debate.

Structuring democracy as a system in this way will give us greater control over the decision-making that impacts on our lives, whether it relates to the cleanliness of the neighbourhood streets or the protection of the oceans, because we could elect someone to represent our interests at each level. Implementing democracy as a global system along these lines may not happen immediately. But it is a plausible if partial response to the gap in accountability that has resulted from a globalised, technological, interconnected world. Democracy is an effective way for complex community decisions to be made and for decision-makers to be held to account.

The second new rule is for us to know far more about how our taxes are raised, and how they are spent. Companies should be forced to report the tax they pay, and politicians to report what they spend, whether locally, nationally and internationally. Personal, transparent tax information will help us influence and scrutinise how our money is spent, improving democracy.

The third new rule is for politicians to be accountable for their words and for the impact of their decisions. It’s too easy for them to lie, or cheat or promise the earth. Instead, just as independent bodies ensure elections are fair, we can regulate what politicians say, taking them to court or forcing them to stand for election again if they lie or cheat, and holding them to account for their promises and their actions in government too. This would ensure a fairer contest for votes, and help politicians make better decisions once elected. And give us greater confidence in democracy itself.

The fourth new rule is for all public services to be accountable for improving and learning as well as for spending public money. Public services must learn from each other to do better, to make more use of data and information, to invest in engaging and motivating their own staff, and to meet guaranteed minimum standards too. This will close the expectation gap between what we want and what we get from public services.

The fifth new rule applies to us. Each of us should not only obey the law and pay our taxes. We should all vote and contribute to our communities too. Democracy is not delivered like pizza. We must participate in it, or it will be dominated by hotheads and extremists. We share our communities. We should also share accountability for ensuring our communities are successful, whether our community is our neighbourhood, our nation or the planet.

The sixth new rule is that democracy needs independent, accountable referees. In sport, rules need to be enforced, so the game is played fairly, with no cheating. Democracy is no different in this, and in some ways more important because the stakes are so high. Regulators of democracy include the courts and, in the UK and many other countries, audit offices, Electoral and Boundary Commissions. They make sure that politicians, our elected representatives, play by the rules, and make decisions fairly on behalf of us all.

New rules of democracy that are refereed well will help us to overcome today’s challenges to society, locally, nationally and internationally, whether the challenge comes from technology, a global virus or the risk of war. Democracy is too important for us not to make it better. 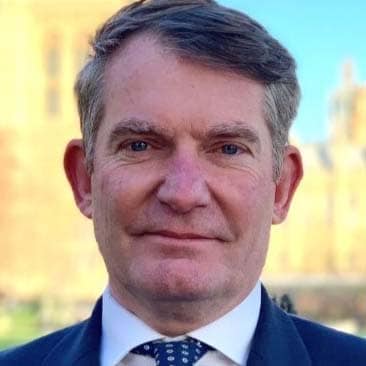 Marcial Boo
Marcial Boo is Chair of the UK Institute of Regulation. For over six years, he was CEO of the UK's Independent Parliamentary Standards Authority and during the Covid pandemic CEO of the UK's Public Health Register.
Related