Marcial Boo has some excellent credentials as a regulator of politicians and a supervisor of public spending. He has now written an excellent book – extraordinarily concise, pertinent and principled – about wide ranging changes which he advocates to the ‘rules of democracy’.

With global democracy trying to resist Russia’s monstrous devastating war on the people and the sovereign, democratic country of Ukraine, this might be the most important time to make the case for an accountable global parliament. While this is an institution which may yet seem some way off, Boo’s proposals for a comprehensive and accountable 770 member system of ‘dialogue, discussion, compromise and agreement’ are very welcome. How much longer can we tolerate the victors’ spoils of 1945, with that outrageous ability to veto the decisions of the UN Security Council in the face of enormous war crimes?

Closer to home, Boo’s ideas for the reform of ‘humanity’s most complex social creation’ aim to strengthen the principle of subsidiarity, extend the powers of local decision makers, improve the transparency of taxation, challenge all of us to be better more active citizens via a ‘community covenant’ and require us all to use our democratic rights by making voting compulsory.

These are all interesting and important proposals. However, Marcial Boo perhaps draws too wholeheartedly on his own experience, with the idea of another group of independent regulators to assess whether politicians’ campaign promises have been met, or not.

After all, who regulates the regulators? How are they appointed? Where do they come from?

From a UK perspective, some of Marcial’s proposals would put the same old London based elites even more firmly in charge. There is nothing here which recognises the threats to cohesion and democracy in an England which, just like Scotland and Wales, requires more devolution than the imposition of elected mayors. In adding local taxation to the powers of local politicians there is no acknowledgement of huge regional disparities and the opportunities which might be afforded by the fair taxation of property and land across the UK.

I must admit that there’s something in ‘The Rules of Democracy’ and the idea of all those middle class people, carefully leavened with a smattering of minorities, carefully and independently regulating all of us, which brings out my inner anarchist, or my politician.

At the end of the day, I suppose that’s my biggest criticism of all.

This is a book about democracy, but it isn’t really a book about politics. It pays no account to the frustrations and the joys of electoral battle and knocking on doors and it pays no heed to political education, offering nothing to the vulnerable and articulate users of poor public services. Nor to the importance of helping many more people to become really engaged and involved in democratic politics. As my inner anarchist, or my politician might say ‘While the rules are there to be broken, politics and democracy are about change.’

‘The Rules of Democracy’ is a super book, which adds some good arguments to the debate. 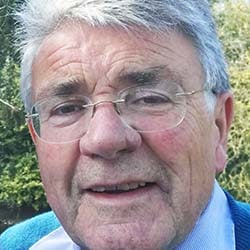 Hilton Dawson
Hilton is a social worker and the former Labour MP for Lancaster & Wyre. Further, he is the former chief executive of the British Association of Social Workers and was the first General Secretary of the Social Workers Union. Hilton is a founding member of The North East Party, a trustee of the refugee charity Northumberland County of Sanctuary and a supporter of Democracy without Borders.