The Electoral Integrity Global Report 2019-2021 published in May 2022 details conditions and developments on the levels of electoral integrity across 148 elections in 169 countries over the past three years. Building on data collection since 2012, and under consideration of ”some of the most dramatic moments in the recent history of elections“, the main take-away of the report is this: Overall electoral integrity has not suffered a noteworthy decline in the past ten years. On a 100-point scale there was an average drop of 0.8 points. But in a climate of democratic backsliding and a global battle of norms and values between democracies and autocracies, individual cases of recent decline of levels of electoral integrity are both noticeable and worrisome.

Elections are not only a minimum requirement, but also at the core of democracy: They allow transitions of power, result in changes of government, ensure accountability, and enable citizens to directly decide on their government and therefore policies. Elections are also often fraught with problems in every stage of the electoral cycle, from possible campaign financing intransparency or fraught to vote count and result manipulation. The Electoral Integrity Project, in short EIP, assesses the electoral integrity of eleven different stages of the electoral cycle via questionnaire-based expert assessments.

Summing up major issues in the reporting period, regional disparities in electoral integrity prevail, with European and especially Nordic countries having the highest levels of integrity, Africa, and Asia with the lowest. On a scale of 0-100, Finland in the latest election scored highest with an 88, Comoros on the other side of the spectrum scoring the lowest with a 9.

Unsurprisingly, countries considered as liberal democracies have the highest levels of electoral integrity. On average this also applies to countries with high levels of economic development, but countries with low GDP are not necessarily scoring low on electoral integrity. Comparing different stages of the electoral cycle leads to different levels of overall integrity of these stages, especially campaign financing and media coverage needing improvement. With the ten-year-lens, the aggregate decline is negligible, which is good news, yet, ten years is not a very long timeframe with regard to political developments, especially since it only covers very few elections for each country under consideration. More data will be needed in order to enrich the basis for analysis and enable further knowledge building.

The major issues of the past years, not only with regard to elections but political systems in general of course were the COVID-19 pandemic and cybersecurity. The report rightly identifies the pandemic as “one of the greatest ever challenges to the running of elections and electoral integrity” (p. 16) and introduces and summarizes the findings of a project conducted together with International IDEA. Regarding cybersecurity threats, the omnipresent problem of ‘Fake News’ and the influence on elections mentioned. While in aggregate the report does not find a decline of electoral integrity in the United States, it highlights a significant drop in the ‘results’ part of the electoral cycle from 84 points in 2012 to 23 in 2020.

The data itself is a treasure chest worthy of more exploration, and especially in relation to other data sets on democracy it helps better understanding mechanisms of democracy, democratization, and democracy backsliding. It would be useful to also point out positive examples of electoral integrity developments in future reports to shift the discourse in that direction.

The tables and maps are somewhat misleading, as they only show most recent national elections and switching between timeframes (last election, last three years, or last 10 years), while conclusions also differ in their period of observation. It would therefore be helpful to explore the data in timeseries formats and through graphic data processing. This would also facilitate the intended use of the data by decision-makers and the public in order to evaluate electoral integrity, share best practices and enable positive change. The data alone is not able to do this. This is a detail though. The EIP dataset and analysis are an extremely helpful resource. 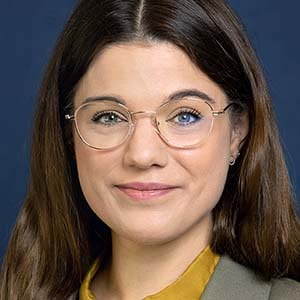