The concept of global citizenship feels ubiquitous these days. Organizations like Global Citizen use it to rally popular support around the world to end poverty, alleviate the climate crisis, and demand equity everywhere. Since 2008, Global Citizen has helped raise hundreds of millions of dollars for charity and attracted endorsements from the biggest celebrities on the planet. But what they have not done—and this is an observation rather than a criticism—is articulate a vision of global citizenship within an organized body politic, comparable to Democracy Without Borders’ call for a Parliamentary Assembly at the UN. Such calls have a long history, reaching back over one hundred years to the founding of the League of Nations. Some, especially those issued by women, are worth revisiting today.

When plans for the League emerged in early 1919, Lola Maverick Lloyd, like many other peace activists, was both heartened by its potential and disappointed by its limitations. Lloyd was a wealthy Chicagoan dedicated to women’s rights and world peace. She had attended the International Women’s Conference at The Hague in 1915 and helped found the U.S. Women’s Peace Party, which later evolved into the U.S. branch of the Women’s International League for Peace and Freedom. She was also an ardent suffragist, well aware that women had been denied equal representation in United States since its founding. She could not help reading the draft of the League Covenant against the backdrop of the debates over the Nineteenth Amendment then occupying both houses of Congress.

Her critiques of the League reflected as much. While others focused theirs on the League’s lack of real authority or the exclusion of Germany, Lloyd zeroed in on the issue of representation. She demanded that the final draft of the Covenant give ordinary citizens—women as well as men—the right to vote for their nation’s representatives. Knowing this was a long shot, she rallied her compatriots. “Is it historically probable,” she asked, “that diplomats will extend for us the powers of the plain citizens of the world? The plain citizens had better bestir themselves!” When the final draft of the Covenant was released, of course, any kind of popular electoral process was nowhere to be found.

Lloyd channeled her frustrations with the League—regarding representation as well as myriad other issues—into her own plan for world government, which she crafted with her friend and colleague Rosika Schwimmer in the 1930s. Their pamphlet, Chaos, War, or a New World Order? laid the groundwork for an “all-inclusive, non-military, democratic Federation of Nations.” Lloyd and Schwimmer envisioned a federal system, made up of legislative, executive, and judicial branches and governed by a world constitution. Every nation in the world would be immediately invited to join. The central executive would abolish all standing armies, end all weapons manufacturing, and outlaw state-sanctioned violence. All disputes among nations would be settled by the world government through negotiation and arbitration. And the federation would be democratic, based on an equitable system of voting among members and direct representation of the world’s citizens.

Lloyd and Schwimmer’s plan was short on details, to put it mildly, but here is the outline of the system of representation they envisioned. Each nation would elect ten delegates, based on a national voting system to be determined by a committee of experts. Delegates would serve for a period of ten years and would be subject to recall during that time. Most importantly, from the authors’ perspective, the delegates would not be required to vote as a bloc. Lloyd and Schwimmer expected internal divisions among delegations and believed those divisions could offer opportunities for coalition-building across borders. Delegates “will find like-minded groups from other nations in the World Parliament, where divisions will consequently occur along lines of opinion, not lines of geography.” As opposed to the League, then, in which representatives were appointed by governments, Lloyd and Schwimmer proposed a genuine world government, with delegates were directly elected by Lloyd’s “plain citizens.”

This electoral system was also designed to ensure that “every important group” within a given nation would be adequately represented in the world body. Among a nation’s ten delegates, Lloyd and Schwimmer assumed, would be men and women of different races, religions, and classes who could speak for different constituencies. While this was hardly a realistic assumption on their part, it shows the two were cognizant of the need to extend political rights to women and other underrepresented or disenfranchised groups. They took for granted a system of equal suffrage.

Lloyd in particular had this issue in the forefront of her mind. She was a member of the Women’s Consultative Committee of the League of Nations, which was working in the late 1930s to amend the League Covenant to secure equal suffrage and other rights around the world. Lloyd knew, as she wrote at the time, that “Equality of suffrage within a nation is not entirely a domestic question, but has its international bearing.” Even though League delegates were appointed and not elected, those from countries where women did vote were “more truly representative than delegates from countries where women have no vote at all.” And, Lloyd was careful to point out, “Action in the League is affected by this fact.” In order for any world parliament to reflect the will of the people, all people had to have input on its actions.

Lloyd and Schwimmer offered few concrete suggestions about how their world government program would be enacted or sustained. Their campaign never reached a wide audience—although it did serve as a model for many world government plans circulated after 1945, including those that called for some kind of popularly-elected body within the UN. The important point, however, is that they made the demand for equal representation at all. Unlike other world government proponents in the late 1930s, who offered methods for reforming the League but rarely mentioned its system of delegates, Lloyd and Schwimmer made genuine democracy a central component of their plan. As feminists and former suffragists, they understood the importance of direct representation in ways prominent statesmen of the day likely did not. They were determined to count women among the “plain citizens of the world.”

Lloyd would have supported Democracy Without Borders’ call for a Parliamentary Assembly in the UN. But she also would have underscored the necessity of equal suffrage to ensure such a parliament was “jointly elected by all world citizens.” Without full and equitable voting rights, many of the world’s plain citizens—women; racial, ethnic, and religious minorities; refugees and stateless persons—would likely be underrepresented in any world parliament. 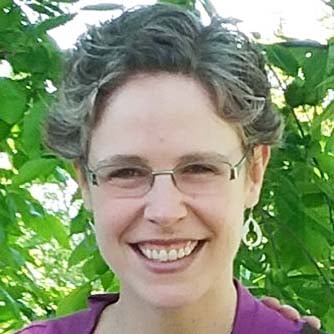 Megan Threlkeld
Megan Threlkeld is the Michael G. and Barbara W. Rahal Professor of History at Denison University in Granville, OH, USA, and the author of "Citizens of the World: U.S. Women and Global Government" (University of Pennsylvania Press, 2022). Follow her on Twitter at @MeganThrelkeld