As the latest report of the Intergovernmental Panel on Climate Change (IPCC) seems to confirm, the more we learn about the rate and effects of climate change, the more there is to worry about. With every new scientific assessment, it appears that sea levels are rising more than anticipated, more species are being lost, glaciers are melting at surprising rates, droughts and floods are more severe, and extreme weather is on the rise. The IPCC warned that limiting average global temperatures to 1.5°C, as governments agreed to aim for in the 2015 Paris Climate Agreement, “would require rapid, far-reaching and unprecedented changes in all aspects of society”. Emissions must fall dramatically by 2030 and the world should achieve a version of carbon neutrality by 2050.

The existential magnitude of the effects of a changing climate and modest progress in dealing with the causes (largely related to energy, transportation, agriculture, and forestry) so far leads critics to call for dramatic changes in governance. James Lovelock, prominent scientist and founder of the Gaia theory, argued that in order to deal with climate change more effectively, “It may be necessary to put democracy on hold for a while”. Even a restrained critic such as Dale Jamieson concluded that “it is not entirely clear that democracy is up to the challenge of climate change” (p. 100).

Is democracy a barrier to acting on the causes and eventually the consequences of climate change? Is it time to toss the practical and normative benefits of democratic institutions, rights, and processes to meet an existential challenge? Is there any merit to the case against democracy? These are the issues I considered in my book, Can Democracy Handle Climate Change (Polity 2018).

The cases for and against democracy

The case made by critics of democracy goes something like this: Democracies exist to serve the needs and preferences of their citizens. They are built on notions of individual freedom and private property rights. Voters lack the needed scientific literacy to be able to understand the causes and consequences of climate change, and they are too focused on enjoying and expanding their affluence. Handling climate change calls for drastic action, perhaps a suspension of individual rights, hard controls on population and economic growth, and more modest lifestyles.

No benign ecological autocracy has ever existed

Given these flaws, critics argue that what is needed is top-down, centralized, and authoritarian governance by scientific (or at least scientifically enlightened) elites. With the appropriate concentrations of authority and ability to set aside constraints like private property rights and economic freedoms, enlightened autocrats can make hard choices and overcome vested interests.

There are many problems with this conception. The first is that no such benign ecological autocracy has ever existed. Although many critics hold out hope that an authoritarian China will lead the way, there are many reasons to doubt that scenario. Another is that the research does not support the view that democracies are less suited to handling climate change than authoritarian regimes. Indeed, the reverse is more likely. It also is hard to imagine how these enlightened ecological autocrats will establish legitimacy and be able to make and carry out the tough decisions that have to be made.

Finally, the emergence of authoritarian populism in countries like Hungary, Poland, Venezuela, and even the United States do not bode well for a climate action agenda. As the quality of democracy and governance decline, so will capacities for dealing with climate change. Climate policy has suffered in regimes that reject scientific evidence, focus narrowly on the short term, assert extreme nationalism, and ally themselves strongly with established economic interests. With liberal democracy breaking down in many places, these barriers to action will only increase. The quality as well as existence of democracy will matter for tackling climate change.

Climate change is a complex challenge, the largest collective action problem in history, and a classic illustration of the concept of a wicked problem. It is distinctive in many ways: unlike most forms of air or water pollution, the effects are not immediately obvious; harms occur mostly in the future, with a perceived temporal mismatch of costs and benefits. Scientific uncertainty allows opponents of action at least to raise doubt. Further, acting on the causes of the problem requires basic changes in economic and social systems, not just incremental fine-tuning.

There is good reason to believe, however, that democracies overall are more suited to handling climate change than their authoritarian counterparts. Among the reasons studied in the literature are the relatively free flows of information on problems and solutions in democracies; their administrative capacities and lower levels of corruption; their more active engagement in global problem-solving; multiple points of access in policy making (pluralism); superior scientific and technical capacity; and dynamic, innovative economies. Overall better governance capacities, such as less corruption, are part of their advantage (see for instance Dasgupta and De Cian 2018 as well as Povitkina 2018).

The research on the climate capacities of democracies  strongly suggests they are no less and probably more capable then authoritarian regimes. A 2013 study of national policies found that countries with a history of and experience with democracy  generally have better climate mitigation laws and policies. In another study of climate policy, authoritarian regimes did not perform better than established democracies and actually lag far behind.

Democracy critics often point to recent experience in the United States, where the Trump administration had reversed nearly every climate initiative of the Obama administration and withdrew from the 2015 Paris agreement. These policy reversals do not bode well for democratic arguments about climate change. Nonetheless, only hours after being sworn in, President Biden moved to reinstate the US to the Paris accord. Overall, the United States also illustrates the strengths of democracies: pluralism, innovation, open flows of information, and political accountability. In particular, federalism enables states—California, New York, Washington, and Hawaii, among them—to act as innovative clean energy and climate leaders.

Why the democracy issue matters

Lovelock has said in this book that surviving climate change “may require, as in a war, the suspension of democratic government for the duration of the survival emergency” (p. 95). The problem is that this will be a perpetual war. Climate change is not something one just solves. Mitigating its causes and adapting to its effects is a constant struggle. And democracy is not something we can put on the shelf and revive when a crisis passes, if it does.

In practical terms, calls for a transition to an ecological authoritarianism imply three goals. One is to convert existing democracies into something very different for the duration of the climate emergency. The second is to abandon support for emerging democracies. The third is to anoint existing authoritarians as climate leaders and expand their influence in global action. The first is a high-risk strategy that sacrifices the practical and normative benefits of democracy for unknown and unpredictable alternatives. The second will undermine democratic transitions in countries whose political development will better equip them for effective action. The third legitimizes the very regimes whose commitment to climate mitigation is highly uncertain. All of these involve risks not only to the climate but to global stability and sustainable development.

Of course, we can hope that authoritarian as well as democratic political systems make the transition to zero-carbon, climate-friendly economies and societies. But to argue they are inherently superior or we should transform political systems to pursue an idealized ecological autocracy is dangerous, not only for the climate but for human well-being more generally.

The path lies not in suspending democracy but improving it: create better democracies with the capacity for collective action and a commitment to ecological values. The most effective strategy lies in fostering the political, social, and economic conditions in which democracies will flourish, not only for the sake of the planet but for the dignity and welfare of future generations.

This is a slightly abridged and updated version of this article at e-ir.info. 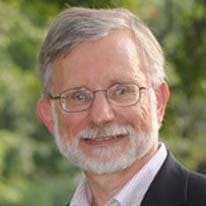 Daniel J. Fiorino
Daniel J. Fiorino is the Director of the Center for Environmental Policy at American University in Washington DC. He his author of Can Democracy Handle Climate Change? (Polity, 2018).
Read more