The climate is changing now and affecting all parts of the world in multiple ways, and it will get much worse if we do not take urgent action.

On 9 August 2021, the Intergovernmental Panel on Climate Change (IPCC) released the first part of its Sixth Assessment Report with the results of Working Group I on the Physical Science Base. For those who have been ignoring the evidence, there is no more room for doubt. The report confirms in no uncertain terms that the human causes of climate change are indisputable, the climate is changing now and affecting all parts of the world in multiple ways, and it will get much worse if we do not take urgent action to reduce all emissions of greenhouse gases immediately. The news is filled with disasters linked to climate change, with extreme heat, floods, droughts and wildfires, proving that it is already here and this is just the beginning.

The Working Group that prepared the 4,000 page report included 63% new authors from 66 countries and 28% women, who reviewed 14,000 peer-reviewed scientific papers and addressed 78,000 comments. Its conclusions were approved by governments with the highest participation ever. This guarantees that it represents the best global science presently available, and can be relied upon for policy-making.

What is new in the latest IPCC report? Climate science has advanced greatly since the last report in 2013, demonstrating unequivocally that human activities are causing the extreme events we are now experiencing. The range of uncertainty about climate sensitivity has narrowed. Some past warming has been masked by aerosol cooling from pollution, and by natural carbon sinks absorbing half of the greenhouse gases we have released, but this will decrease. We have already experienced 1.1°C of warming in the last forty years, unprecedented for the last 2,000 years. The atmospheric CO2 concentration is the highest in 2 million years. Sea level rise is the fastest in 3,000 years. Arctic sea ice is the lowest in a thousand years, and glacier melting highest in 2,000 years. The consequences with global warming are extreme heat, heavy rainfall and drought affecting nature and agriculture. There is more fire weather, and oceans are warming, acidifying and losing oxygen. The report warns that further warming is coming. Keeping below 1.5°C will be beyond reach in the near term, but if we eliminate and then reverse global net greenhouse gas emissions by 2050, we could get a gradual decline in global temperature by 2100 to within 0.1°C of the target. If not, we shall pass critical thresholds for agriculture and human health, and climate change will accelerate with catastrophic effects. One IPCC innovation is the Interactive Atlas which allows anyone to explore and map what climate change might be like in any specific locality or country.

This represents an ethical challenge for all of us, and for our institutions of governance and collective entities like multinational corporations. In the light of the scientific evidence, conscious failure to act now means becoming responsible for the consequences in terms of human health impacts and suffering, mass migration, enormous financial costs of destroyed infrastructure, agricultural failures, drowned cities and coastal areas, and even island nations losing their entire national territory and sovereignty.

If we take extreme action immediately, some effects can be slowed and eventually reversed

This message is nothing new. As an environmental scientist, I have been following the issue for more than half a century and I helped decades ago to design the global environmental observing systems. The warnings have always been there. Yet we have ignored them, looking for every excuse possible to continue business as usual, placing national interests and short-term profits for the rich and powerful over the suffering of the poor now and the fate of future generations. Incremental change is not enough, always too little, too late. We are witnessing the failure of our economic and governance systems to deal with such complex global challenges with the urgency necessary.

This does not mean that we must give up any hope. While some global changes will continue for thousands of years, the report states that, if we take extreme action immediately, some effects can be slowed and eventually reversed. The next decade is critical; 2050 is too late. We must raise ambition at COP26, the climate change conference in Glasgow in November, and then move quickly to reform the international system and ensure collective international action.

The report is an example of the science that is needed to provide a better foundation for global governance. Effective decision-making needs to be based as far as possible on facts, on a true reading of our reality, rather than on ideologies, the defence of vested interests, or the influence of powerful lobbies. The better science provided in the report allows more accurate projections of future climate change under various scenarios, from extreme action bringing warming down to 1.5°C, to business as usual with runaway global heating. One third of the report is devoted to regional information, making possible regional projections of the consequences from climate change. This can guide regional planning of critical infrastructure to allow for climate extremes. Governments now have the tools to plan better to protect their populations from the risks now and to come.

The IPCC report is another strong argument for effective global governance

But national action is not enough in a globalized economy and society. Everyone needs to act together, but too many countries are run by autocrats or kleptocrats, or are in denial, protecting vested interests and ignoring the public good, all hiding behind national sovereignty. The IPCC report is another strong argument for effective global governance, with the capacity for binding global legislation on greenhouse emissions and the ability to enforce it on all countries.

This would require significant progress in putting in place the essentials of legitimate governance at the scale of our global problems, including an elected global legislature or parliament, an executive with sufficient powers of enforcement over states in the common global interest, and an independent judiciary to resolve disputes, as proposed in our book Global Governance and the Emergence of Global Institutions for the 21st Century. Since UN reform is on the agenda this year, we have an opportunity for courageous action, and climate change could be the best place to start. In institutional terms, a UN Parliamentary Assembly would represent a doable critical first step.

The report, as the distillation of the best science, still leaves room for some optimism. While there is no going back from some changes like melting ice sheets, deep ocean warming and acidification, which will continue for thousands of years, strong and sustained reductions in CO2 emissions by everyone can make a difference. There is a linear relationship, with every tonne of CO2 adding to warming, requiring zero net emissions at a global scale. Controlling other greenhouse gases like methane will also help. The report shows that it is still possible to limit warming in a few decades if we act now. Our challenge is to launch the transformation in global governance necessary to ensure that everyone acts together in the global public good. The alternative is too frightening to contemplate, as the report makes clear.

This piece was orginally published at globalgovernanceforum.org. Republished here with kind permission and with slight additions inserted by the author. The copyright remains with the original publisher and the author. 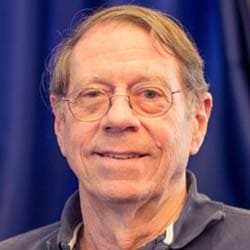 Arthur Lyon Dahl
Dr. Arthur Lyon Dahl is President of the International Environment Forum and a retired senior official of UN Environment, with over 50 years experience in sustainability, international environmental assessment and governance, and systems science, including more than 20 years in intergovernmental organisations

Climate change and the need for a UN Parliamentary Assembly