Grand corruption – the abuse of public power for private gain – is incompatible with democracy. It destabilizes countries, corrodes the rule of law, and enables kleptocrats to maintain power by destroying institutions that uphold democracy, such as the free press, fair elections, and an independent, impartial judiciary. Combatting corruption, therefore, is essential to promoting democracy in countries ruled by kleptocrats. There is renewed international focus on combating grand corruption and ending impunity for kleptocrats. Recently, over 100 leaders from more than 45 countries signed a declaration in support of the creation of an International Anti-Corruption Court (IACC).

Grand corruption does not thrive because of a lack of laws. 187 countries are party to the United Nations Convention Against Corruption (UNCAC), which requires them to have laws criminalizing corrupt conduct, such as extortion, bribery, money laundering and the misappropriation of national resources. However, kleptocrats enjoy impunity in their own countries because they control the administration of justice.

The IACC would be a judicial mechanism to enforce existing national anti-corruption laws, or possibly a new international counterpart to them, against kleptocrats and their conspirators. Operating on the principle of complementarity, it would only prosecute if a Member State were unwilling or unable to prosecute the case itself.

In addition, the IACC would have great potential to recover, repatriate, and repurpose stolen assets. A successful prosecution of a kleptocrat in the IACC would not only result in his or her incarceration, but could also result in an order of restitution or disgorgement of illicit assets or gains for the benefit of the victims. The capacity of the IACC to recover, repatriate, and repurpose the proceeds of grand corruption would be magnified if the Court were empowered to decide civil corruption cases brought by private whistleblowers.

It is foreseeable that some kleptocrats will not permit the countries that they rule to join a court that might prosecute them. However, kleptocrats regularly launder their illicit assets through major financial centers and invest them in stable market economies. The IACC would have jurisdiction over crimes committed by nationals of an IACC Member State, and crimes committed in the territory of an IACC Member State. Countries which are home to international financial centers polluted by the proceeds of corruption are promising candidates to join the IACC. If, for some reason, an IACC Member State were unwilling or unable to prosecute a kleptocrat who has engaged in money laundering or another crime of corruption in its jurisdiction, the kleptocrat would be subject to prosecution in the IACC. Therefore, the IACC has significant potential to prosecute, punish, and recover illicit assets from kleptocrats who rule countries that have not joined the Court.

A coalition for an International Anti-Corruption Court

Momentum to combat grand corruption is at an apex following the devastatingly inadequate global response to the COVID-19 pandemic. Global advocacy for an IACC is pioneered by Integrity Initiatives International (III), a Boston-based international NGO dedicated to strengthening the enforcement of criminal laws against corrupt leaders. Headed by luminaries such as Justice Richard Goldstone, Judge Mark Wolf, and Judge Claudia Escobar, among others, III is now poised to lead a coalition of civil society organization, governments, corporations, academics, and activists to campaign for the creation of the IACC. III is happy that Democracy Without Borders is among the groups that endorse this effort. 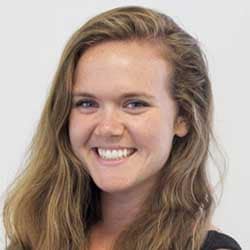