For the first time since 2001, there are more autocracies in the world than democracies. In 2019, 54% of the world’s population lived in a full-blown autocracy; 35% lived in democracies that were moving in the autocratic direction. This latter category included countries like Brazil, India, Poland, Ukraine, the Philippines, Turkey, and the United States. In just another year, by 2020, 68% of the world was living under authoritarianism, with V-Dem downgrading India—the world’s second most populous country—to an ‘electoral autocracy’.

Who will be invited to the Summit for Democracy?

Arresting the domestic as well as the global decline of democracy appears to be high on the Biden administration’s agenda. Biden has promised to host a Global Summit for Democracy in his first year in office. The declared agenda focusses on fighting corruption, resisting authoritarianism, and advancing human rights. Civil society groups that defend democracy will be offered a seat at the table, and technology companies will be rebuked for enabling authoritarian leaders. American governments have a history of outwardly preaching democracy while covertly propping dictators, so a jaded observer might expect little of substance to emerge from this conference. The difference, however, is that its host—along with the rest of the world—has just spent four years watching his predecessor fiendishly stress-test the mechanisms of constitutional democracy. Globally televised scenes of a mob ransacking the Capitol removed any doubt that American exceptionalism to democratic fragility is dead.

The official tasked with sending out the invites to the Democracy Summit will have quite the dilemma on her hands: does she invite leaders like Bolsonaro, Erdogan, or Duterte? On the one hand, the fate of democracy in their populous nations is too critical to leave them out of a Global Democracy Summit. Then again, these elected autocrats cannot be expected to sincerely debate a problem for which they are largely responsible. Opening up the invitation to non-state actors battling to save democracy is a good idea, but I would push the envelope further: any state attending the Summit must prove its democratic credentials by including its head of government and the leader of its largest opposition party in its official delegation. Either both of them (or their representatives) attend as the state’s official delegation, or neither does. If one of the two refuses to attend, the other may still attend as a representative of their political party, but not as that of the state. The idea is less crazy that it might seem at first.

In a democracy, there are at least two centres of power: the government and the opposition

Adam Przeworski, a professor of political science at NYU, aptly described a democracy as ‘a system in which parties lose elections.’ The ruling party in an authoritarian regime remains in power as long as the regime lasts. But in a democracy, the ruling dispensation must change frequently to reflect the contemporary will of the people. If its government becomes irreplaceable, a state is no longer democratic. Democracy has grown brittle in countries like India precisely because the ruling party has been entrenching itself in government, making it harder to vote it out of office. To qualify as a democracy, a state therefore must have at least two key centres of political power: a government of the day, and a government-in-waiting (embodied in the political opposition). Its moral demand that the current wielders of political power peacefully and voluntarily hand it over to their successors is the main reason why democracies are fragile, and need constant protection. It is time that international law and politics bolstered this unique and defining feature of democracies by allowing the domestic political opposition a seat and an independent voice at the diplomatic table, even if voting rights are reserved for the government of the day. There could not be a more apt forum to begin this recognition than a Global Democracy Summit.

The domestic political opposition needs a seat at the diplomatic table

Twentieth-century autocrats attacked democracy openly, shuttering newspapers and ordering tanks onto the streets of the capital. In our own time the assault has mostly been subtle and incremental. The goal appears to be a diminished and controlled political opposition that can continue to legitimize the regime as ‘democratic’, but with no genuine prospects of winning power. As its main targets, opposition leaders are best placed to explain the authoritarian playbook to the rest of the world. As distinctions between the ruling party, the government, and the state are blurred, opposition to the ruling party and the government is characterised as opposition to the state itself. Political difference and dissent are misdescribed as treason and sedition. Donald Trump, for example, accused Democratic Party members of treason for failing to applaud his State of the Union address. Similarly, India’s ruling party today openly boasts of its goal of an “India free of the Congress Party”, its main political rival. It is hard to believe that a generation ago, Prime Minister Narasimha Rao tasked the then Leader of Opposition (and future Prime Minister) Atal Bihari Vajpayee to lead India’s official delegation to the 1994 session of the UN Commission on Human Rights.

Both Rao and Vajpayee understood the import of what British constitutional practice calls ‘Her Majesty’s Loyal Opposition’. This quaint oxymoronic phrase recognises that while political parties currently out of government constitute an opposition to ministers, their loyalty to the democratic state (embodied, in the UK, by the monarch) must be presumed. The Leader of the Opposition in each House of the Indian Parliament has the statutory right to sit on the committee that appoints its Human Rights Commissioners. The British Leader of Opposition receives security briefings directly from its intelligence agencies.

Many constitutional democracies are moving away from a winner-takes-all model of electoral politics by vesting opposition parties in the legislature with a significant share in state power. After all, opposition members in a legislature are not ‘losers’, but elected representatives. In a democracy, the runner-up usually represents a significant portion of the people. Democracies are increasingly recognising that that should mean something.

Exercise of foreign policy, where other states are especially in need of assurances that a particular commitment is being undertaken by the state and not just its government of the day, is particularly apt for accommodating the democratic runner-up. The philosopher John Locke had characterised the power to determine a state’s international relations as the ‘federative’ function of the state, distinct from its three domestic functions (of execution, legislation, and adjudication). It is time to recognise that, at least for democracies, the federative function is best vested in a team of the winner and the runner-up of a democratic election. Their powers need not be equal—the need for coherence demands that any voting power may still be exercised by the winner alone. But there is no reason to deny at least a voice to the runner-up in international forums. If anything, this should make international negotiations more efficient—for, state parties to a negotiation will be better-off knowing if the future government of a given state may renege on a promise being made by the current government.

The dilemma is shifted to the neo-autocrats

Opening up a Democracy Summit to a team comprising heads of government and their main opposition rivals is not just the right thing to do. It also resolves the pragmatic dilemma mentioned earlier. By inviting a bipartisan deputation from every democracy, the dilemma is shifted to the neo-autocrats: either they must refuse the joint invitation—and thereby acknowledge that their regime is no longer a proper democracy—or accede and implicitly recognize their main political rival as the loyal opposition.

International politics needs to recognise what constitutional democrats have learnt the hard way: a democracy knows no permanent winners, nor any permanent losers. On the global stage, it is best represented not only by those who rule today, but also by those who are likely to rule tomorrow. International relations needs to learn—from British constitutionalism—and recognise the indispensability of the loyal opposition for any democratic state.

This article was originally published at Balkinization under the title “Who should attend a Global Democracy Summit?”. Republished here with kind permission. The copyright remains with the original publisher and the author. 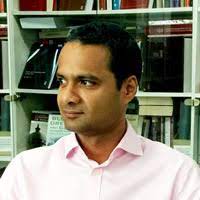