In her latest book, Dena Freeman, a senior visiting fellow at London Schools of Economics’ Department of Anthropology and an advisor of Democracy Without Borders, poses a simple question: can globalization succeed?

Instead of an equally straightforward response to this yes-or-no-question, Freeman shows that simple questions can provoke complex yet clear answers. In her quest of investigating whether globalization shall and will be a defining feature in the foreseeable political and economic future, Freeman successfully and delicately lays out the history of globalization, unravels its benefits and shortcomings, and examines the diverse political and societal reactions to the ongoing process of globalization. Most importantly, however, she shows that while this is often treated as a self-explanatory concept, the term globalization has taken on different meanings across space, time, and social class.

One brilliant feature of the book is Freeman’s careful and thorough provision of definitions. Specifically, she introduces her readers to three different interpretations of the concept of globalization. Whereas to some, the term hints at increased interconnectedness of the world through a flow of goods, people, and ideas, to others globalization aims at the creation of a global and unified political, economic, and social system. What came to dominate our understanding and reality, however, is that of neoliberal (economic) globalization.

The rise and fall of neoliberal globalization

While building upon the early beginnings of globalized trade set out by the first wave of internationalization in the 15th century, Freeman traces the early days of neoliberal globalization to the 1980s, when internationally assertive states such as the United States of America and the United Kingdom, embraced neoliberal politics and economics as answers to the multiple crises of the era.

Neoliberal policies of deregulated capital flows, limited governmental influence onto markets, and cuts in the provision of social services were expanded globally. On the search for cheap labor, land, and resources, neoliberal governments in the Global North turned towards so-called developing countries. In order to pressure them into opening up their markets to foreign investments and unregulated capital flows, neoliberal states utilized institutions such as the International Monetary Fund and the World Bank to tie loans granted to developing countries to deregulation. Soon, the pull of capital became strong enough for most national economies to have followed suit in an embrace of neoliberal politics.

Freeman’s historical analysis of the development of globalization provides a thought-provoking account of the interconnectedness of neoliberal globalization and inequalities, on both a national and international level. Globalization, while succeeding at making the world a more connected place, brought about patterns of unequal power relations, where countries pushing for the expansion of a global free market engaged in neo-colonization of others, seeking to exploit their labor power, resources, and land. As governments drew back from regulating markets and providing social services, a rising divide between beneficiaries of this process and those disadvantaged became a defining feature of the modern neoliberal state.

It is here that Freeman goes beyond the ordinary analysis of neoliberalism as an economic system. She extends her view to the political sphere when asking how neoliberal globalization could have ever been democratically legitimated by a citizenry who has to shoulder the negative burdens of a weakened social state and the domination of capital. Subsequently, Freeman powerfully analyses how the unleashing of unregulated and financialized capital has hollowed out democratic institutions and led to the demise of participation and decision-making by ordinary citizens.

Freeman’s preliminary conclusion, that neoliberal (economic) globalization has not succeeded, is supported by an abundance of empirical and timely evidence. While there has been massive economic growth over the last decades, most of the accumulated wealth is concentrated in the hands of a few. High emissions produced by international trade and a failure to impose stringent environmental regulations on transnational corporations is decisively contributing to the global climate crisis. The weakening of the social welfare state is a reality brought to the front during the ongoing struggle to mitigate grievances related to the Covid-19 pandemic. Finally, the inherent instability of financialized, neoliberal capitalism leaves many wary about the prospective security of the global market in the future.

Democratic internationalism: a reason for hope?

Does this leave us having to accept the claims of uprising populist forces that declare globalization a matter of the past and advocate for the return to the nation-state?

Freeman’s answer is a clear and piercing “no”. Although neither de-democratization brought about by neoliberal globalization nor de-globalization called for by populist nationalists will be of help in overcoming the dominant challenges of our time, this does not imply that globalization itself has failed. Rather, the time has come for changing our understanding and practice of globalization. The key to this change is a strengthening, broadening, and deepening of the very institution that has been left out of the equation so far: democracy.

In the final chapter of her book, Freeman makes a strong case that our future should be one of democratic internationalism, or indeed democratic globalism. She eloquently introduces some of the prominent proposals aiming at the creation of a global democratic governance structure. In particular, Freeman highlights the benefits of a participatory World Citizens’ Initiative and a citizens-elected UN Parliamentary Assembly – causes, that Democracy Without Borders and other (social) initiatives have been advancing and advocating for relentlessly.

Freeman’s clear and concise writing successfully introduces the complex conceptual, historical, political, social, and economic dimensions of globalization. Her unbiased but sharp analysis is unambiguous in pointing towards the shortcomings of neoliberal globalization. Contrary to many contemporary critiques of globalization, Freeman leaves her readers in hope that globalization’s most successful, fair, and egalitarian hours might still lie ahead of us.

Finally, the Big Idea Series, which this book is a part of, introduces a genuinely new format of educative literature. Different sized fonts distinguish core ideas from additional information, allowing readers to engage with the content to varying degrees of depth, while a rich array of illustrations and photography triggers impressions that go beyond the mere narration.

Anyone interested in understanding why our current conceptualization of globalization is in dire need of reform and how this transformation may best come about should certainly pick up Dena Freeman’s Can Globalization Succeed? A primer for the 21st century. 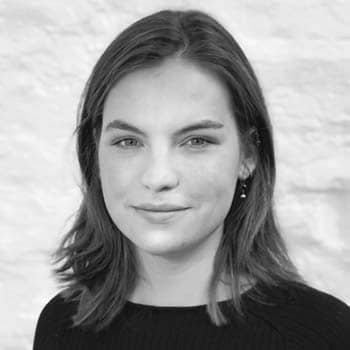 Survey: 64% in G20 countries want a stronger UN to protect the climate