On February 16th the World Academy of Art & Science (WAAS) hosted an online session on the question of a global referendum as part of their conference A Planetary Moment celebrating the organization’s 60th anniversary. The panel’s focus shifted primarily to the creation of a global virtual platform which would prepare the ground for global referendums. There was general agreement that groups working on this subject should be collaborating closely with each other to achieve synergies and avoid duplication.

While all speakers expressed their support for fostering the emergence of a shared global social consciousness to serve as a foundation for giving a voice to “We the People”, different aspects were touched upon in their individual statements.

Liberato Bautista, the President of the Conference of Non-Governmental Organizations at the UN, argued strongly against proxy representation in connection with a global referendum and said that this instrument should achieve “the broadest possible inclusion”. He noted that today’s digital means provide a possibility for the people themselves to be heard at the global scale instead of being represented.

Mariana Todorova, an Assistant Professor at the Bulgarian Academy of Sciences and former Member of Parliament, presented her work on a blockchain-based platform, DG Agora, which allows for a delegation of votes in the sense of liquid democracy, among other things. She announced the launch of a pilot project in March 2021 together with the German government under the headline “Digital Africa” in three African cities, and also provided an outlook on further project plans.

Chantal-Line Carpentier, chief of the New York office of the UN Conference on Trade & Development, spoke about UN surveys and consultations, in particular in preparation of the UN’s Sustainable Development Goals and on the occasion of the UN’s 75th anniversary last year. She emphasized that these reached millions of people across the world. She suggested that any new digital platform should be fit for competition in the attention economy by using state-of-the-art technology and that it should be a real alternative to privately-owned commercial platforms.

Jerome Glenn, co-founder and CEO of The Millennium Project, talked about his real-time Delphi method for which the Millenium Project has developed a software running on Amazon web services which makes it easily scalable. He suggested that this method and software could be used to process responses to questions formulated by WAAS. In this connection, he pointed out the potential of the software to generate a coherent structure between the single topics by allowing feedback and comments and enabling a very complex conversation.

Andreas Bummel, Executive Director of Democracy Without Borders (DWB), started with the remark that already in 1908 Nobel prize winner and pacifist Klas Pontus Arnoldson had promoted a global referendum as a way to abolish national armed forces and to establish “a joint police force for the whole world”. He argued that there needs to be clarity about what a global referendum was to achieve. Would such an instrument allow for a symbolic expression of global views or aren’t global referendums rather supposed to be a means to establish global law?

According to Bummel, incremental steps should be done towards realizing the vision of a global referendum. DWB’s co-founder argued that a two-tired approach should be pursued. First, the official creation of the instrument of a World Citizens’ Initiative that would allow people to put proposals on the agenda of UN if they manage to mobilize sufficient support and second, the development of a self-made platform that shows how global direct democracy could function.

In terms of the former, DWB together with other civil society organizations is running an international campaign that was launched in 2019. In terms of the latter, Bummel mentioned DWB’s own project on developing a Global Voting Platform.

Generally, Bummel said that the idea of a social-political network was “in the air”. He stressed that such a network should be owned by the people themselves. In his view, WAAS could be instrumental in forming a consortium bringing together groups and people working on this.

Towards a science-based culture of universalism?

João Caraça, Senior Advisor of the Calouste Gulbenkian Foundation, focused on two ideas: to contextualize universalism and to create a world vision rooted in science (he himself being a nuclear physicist). The former is about the necessary change from today’s social cultures always dividing humanity in “us versus them” to a culture of universalism. This could be a crucial prerequisite of any global democratic decision-making: to change the frame of reference in which democratic processes take place which cannot be done by simply globalizing these processes. Caraça’s second idea centered around the fact that humans are, as he put it, in competition with all other species, but that we have to understand that we are an integral part of life on Earth.

Pavel Luksha, founder and director of the Global Education Futures Initiative, strongly supported Caraça’s second idea, raising the question of how all living beings could be represented in a planetary council. He also came back to Bautista’s statement against proxy representation which he supported. He pointed out that the lack of the manifestation of a global consiouscness was one of the biggest issues of our time.

Finally, Garry Jacobs as CEO of WAAS summarized his takeaways from the session. He announced that WAAS will further pursue the goal of a global virtual platform and that he will be asking around in the academy who would like to participate. Still to be clarified would be the role of WAAS in this project. Jacobs indicated that a working group could be established whose first task could be to identify the next step.

The event was moderated by Ketan Patel, CEO and founder of Greater Pacific Capital and Mila Popovich, member of the WAAS Executive Committee.

All in all, the program of the online conference included more than 20 sessions. One of them, for instance, was dealing with the role of civil society in the multilateral system. In this panel, Andreas Bummel promoted the idea of a UN Civil Society Envoy and Liberato Bautista argued that non-governmental organizations should have clear rights at the UN. 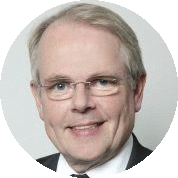