How the Biden administration can avert global democracy’s total collapse

President Trump’s dangerous refusal to accept the U.S. election results calls to mind the behavior of authoritarian rulers around the globe who cling to power at all costs. It also complicates one of the most urgent tasks facing President-elect Joe Biden when he takes office on January 20: confronting a steady rise in authoritarianism and a parallel erosion of democracy, both at home and around the world.

The deterioration of democracy is not a new phenomenon. Freedom House has documented 14 consecutive years of decline. But the downward slide looks likely to continue in the wake of a pandemic that is prompting many governments to restrict human rights and trample democratic norms. Important stars in the democratic constellation are dimming—from Brazil and India to Poland and the Philippines, not to mention the United States itself. This follows the earlier reversal of hopeful transformations in places like Hungary, Turkey, Lebanon, and Kyrgyzstan.

Meanwhile, the leaders of the unfree world—in countries such as China, Russia, and Iran—are not only repressing their own people but also exploiting the openness of democratic societies, attacking them through disinformation, corruption, technological infiltration, and election interference. The weaker the international democratic order, the easier it is for these kleptocrats and dictators to abuse their citizens, steal resources, intimidate their neighbors, and escape accountability. It also means the United States will increasingly face regimes that do not share our fundamental values, many of whom, emboldened by the president’s attacks on democratic norms, pose an increasing security risk.

If there is a tipping point for global democracy, we may be nearing it.

Biden has vowed to put revitalizing democracy at the center of his agenda. “The triumph of democracy and liberalism over fascism and autocracy created the free world,” he wrote. “But this contest does not just define our past. It will define our future, as well.”

If he is going to make good on this promise, there are at least four things he’ll have to do.

First, to set the tone for his administration, Biden should deliver a major speech in the first months of his term that builds on Franklin D. Roosevelt’s “Four Freedoms” and updates Ronald Reagan’s 1982 Westminster speech on democracy for a new era. The speech should build a bridge between America’s past and its future, linking the need to safeguard our democratic values at home with the global struggle for democracy and human rights abroad. It must also make clear that democracy is secured not by military might, but through support for those struggling to exercise their own rights and freedoms, and by making democracy deliver for everyone. This speech should outline his goals for the Summit on Democracy he promised to hold early in his presidency—inviting friends and putting adversaries on notice that American leadership is about building alliances rather than breaking them.

Second, Biden must place supporting democracy and confronting authoritarianism at the heart of his foreign policy. The president and his team need to develop and resource a strategy across the whole government that recognizes these challenges and makes dealing with them a priority.

Too often, U.S. foreign policy leaders have spoken glowingly of democracy and human rights when convenient, but left them to wilt in the face of other, often short-term interests, such as access to markets and natural resources, or misguided security partnerships with undemocratic regimes. A generational project to reverse the dangerous slide of democracy will require a deep reassessment of priorities, capabilities, relationships, alliances, and budgets; we should start by conditioning economic and military support for both autocratic countries (like Saudi Arabia) and backsliding democratic allies (like Hungary) on respecting human rights and democratic norms.

The proposed Summit on Democracy needs a clear, ambitious goal and lots of partners

Third, the U.S. will need to approach its alliances—both old and new—with renewed purpose. In order to be effective, the proposed Summit on Democracy needs a clear, ambitious goal and lots of partners. It should include not just the most powerful or the richest countries, but an array of democracies big and small, rich and poor, alongside private sector and civil society groups, all of which have an important role to play in achieving sustainable progress.

The summit should, however, have a “price of admission”—a series of commitments by each participant that will build momentum on critical issues like countering corruption, supporting independent media, addressing systemic discrimination and racism, and including all segments of society in political and economic life. These promises should act as the democratic equivalent of the “nationally determined contributions” that countries are making for the Paris Climate Accords.

The Summit should also serve as the birthplace for a new annual forum—for example a “D20” group of democracies dedicated to providing mutual support in the face of Chinese, Russian, or other authoritarian antagonism. One item high on the agenda should be support for independent media, defense of journalists, and intensive cooperation on combatting disinformation. Promoting the truth and those who find it is a sine qua non of free countries in a world rocked by disease outbreaks, mass atrocities, rapid technological change, and mendacious autocrats and their enablers.

Finally, to be a credible leader in the world again, the United States must demonstrably improve its own democracy. Our freedoms of speech and assembly, our striving for equality and innovation, our welcoming of new generations of Americans from abroad—these have been the engines that have made our economy and military strong—not the other way around. The Biden administration should pursue a series of domestic reforms to ensure access to the ballot, address racial injustice, confront disinformation, reduce polarization, strengthen accountability, and rebuild confidence in the integrity of our elections. The United States should, in cooperation with its partners and allies, pass beneficial ownership laws that would stop foreign kleptocrats from stashing their wealth in places like New York and London, and new tools to counter digital authoritarianism that will be of use at home and around the world. These steps would demonstrate the resilience of our own democracy, and provide examples of how others can confront these challenges as well.

As we have seen in the troubled presidential transition period, other countries pay attention to what we do, not just what we say. In preparation for the Summit, the Biden administration and whatever elements of Congress the President-elect can bring along should consult with civil society groups, business leaders, and others to inform the commitments the United States will make to itself and the world, and encourage our partners abroad to do the same.

The beauty of democracy is not in any claim to perfection, but in its ability to self-correct, to right itself, and when it stumbles, to pick itself up.

This piece was originally published at thebulwark.com. Republished here with kind permission. The copyright remains with the original publisher and the authors. 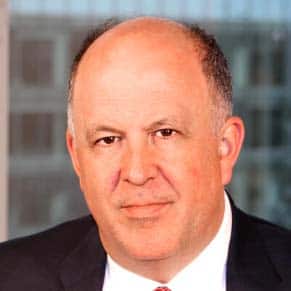 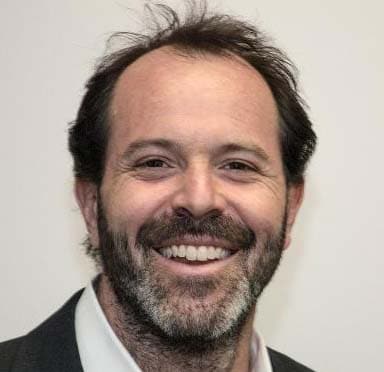 Alex Thier
Alex Thier is co-director of the Task Force on U.S. Strategy to Support Democracy and Counter Authoritarianism and senior democracy fellow at Freedom House