This time five years ago, Mogens Lykketoft, the president of the United Nations General Assembly, was working with members of the Security Council to create the first open process to appoint the next secretary-general, after the adoption of General Assembly Resolution 69/321. In 2021, the process will begin again to select the UN’s secretary-general for the term starting in 2022. But will it be inclusive?

For the first seven decades of the UN’s existence, the secretary-general was chosen through a process so opaque that it compared unfavorably to the papal selection. There was no official call for applications, job criteria, list of candidates or interviews. The decision was taken behind closed doors by the five permanent members of the Security Council (P5), Britain, China, France, Russia and the United States, with some of the Council’s 10 elected members kept in the dark, and put forward to the General Assembly for ratification.

Until 2015, the decision was taken behind closed doors

That changed on Dec. 15, 2015, when Lykketoft and Samantha Power, the US ambassador to the UN, who was rotating president of the Security Council that month, sent a letter to the other 192 UN member states setting out a process and asking them to nominate candidates.

During this historic race, 13 contenders emerged: six men and seven women. Each released a vision statement and appeared before the General Assembly, where they were asked questions about their stances on a variety of topics. Almost all — including the successful candidate, António Guterres — took part in informal hustings organized by international media and civil society. The entire process took around 11 months, allowing a few weeks for Guterres to be briefed before taking office on Jan.1, 2017, for a five-year term that ends on Dec. 31, 2021.

This new selection process was widely hailed as a positive step for the UN, advancing transparency and accountability, engaging the public, revitalizing the General Assembly and demonstrating a willingness, including among the P5, to embrace change. The Assembly has since adopted resolutions (e.g. 73/341, 70/305) asking the president of the Assembly (an annual post) to consolidate the 2015-16 process and explore further steps to strengthen it, including at the end of the incumbent’s five-year term, which is once-renewable. Resolution 73/341, for instance, calls on the incumbent secretary-general to present a vision statement for the next term and to brief member states on its content.

The progress should be consolidated as soon as possible

We are now approaching this point, so the current president, Volkan Bozkir, should initiate discussions in the General Assembly on how to consolidate the progress as soon as possible. Deliberations on this issue have been delayed because of Covid-19, so if the Assembly is committed to carrying out a  well-planned process,  it needs to be triggered before the year ends.

On Nov. 12, some groups of states — including the Non-Aligned Movement, the European Union, Asean and the Accountability, Coherence and Transparency organization — released strong statements on preserving the gains that were made in 2016. A growing number of member states are thinking about what the process should be for the next selection steps.

Their decision will depend on whether Guterres, a former prime minister of Portugal, decides to stand again, and the sooner he makes his intentions clear the better. Guterres supported the reform process in 2015-16, which many people who followed it said enabled him to prevail despite expectations that the UN’s ninth chief would be from Eastern Europe and/or female. (The role of the international civil society network 1 for 7 Billion at the time and now was to campaign for an inclusive, merit-based process from which the best-possible candidate would emerge).

Will Guterres decide to stand again?

Indeed, speculation abounds now as to who will end the wait — 75 years — for a woman secretary-general, including a few of the seven who campaigned in 2016, such as  Kristalina Georgieva of Bulgaria and Susana Malcorra of Argentina. The possible newcomers to the race could include Michelle Bachelet of Chile, María Fernanda Espinosa Garcés of Ecuador, Leymah Gbowee  of Liberia and Amina Mohammed of Nigeria.

Given the incredible current global challenges as well as Guterres widely expected to stand for a second term, the appointment process may not seem like a priority. But it is precisely because of the formidable social, economic and humanitarian challenges across the world that it remains as important as ever.

The process is an opportunity for the 193 member states to demonstrate their commitment to increasing transparency and accountability as the UN, and the Security Council in particular, has faced steep criticism globally. It is a chance to engage the UN’s membership as diplomats remain mostly physically isolated in New York City and for the wider public to engage in a conversation about the UN’s role at this difficult time. It is an opportunity for Volkan Bozkir to consolidate the gains made by his predecessors and to reaffirm the vital role of the Assembly in the selection process.

And it is an opportunity for Guterres to present an inspiring vision for a second term to member states, other parties and “we the peoples” — as stated in the opening line of the UN Charter. Recent speeches, such as his Mandela lecture and statements to the General Assembly, provide clues as to the direction he may take. He has now been tasked by the Assembly to recommend ways to promote its UN-75 declaration by the end of the 75th session, next September. A selection process could help create momentum and broad buy-in for his plans.

Those of us who worked hard to achieve an open, inclusive process in 2016 encourage everyone involved to seize the moment again, for the sake of the credibility of the UN and its ability to address the grave threats humanity faces.

This article was orginally published at Passblue.com. Republished here with kind permission. The copyright remains with the author/original publisher. 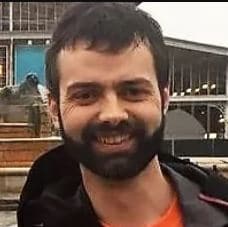