As individuals grow through succeeding stages of maturation, both their capacities and responsibilities expand. So, too, is the course of our social evolution. We who inhabit the earth at this moment in history have greater potential, collectively, to bring about a world of equality and flourishing than did our ancestors – and, likewise, future generations will be more equipped. Our capacity for global governance, which itself is iterating and advancing, being but one indicator. The analogy extends further: only to the degree that a new stage in an individual’s life is approached with care and wisdom will newfound responsibilities be embraced, and outworn habits voluntarily discarded.

Innovation and change in all spheres of life demonstrate that humanity stands at the threshold of a new era. Signs abound and become ever clearer that the mark of this age is our shared destiny, our unity as a human species. Yet, equally clear are the growing pains of a humanity coming of age—pains caused by attachments to inherited habits and institutions, deeper entrenchment in systems that were perhaps suitable but for a different generation. What is necessary today is the centering of certain principles more readily expressed than ever before: inclusion, participation, and transparency combined with age-old values such as trustworthiness, honesty, selflessness, and integrity that must increasingly guide individual and collective action.

A short film of the Baha’i International Community on their statement “A Governance Befitting: Humanity and the Path Toward a Just Global Order” was published on YouTube

These principles must find expression in the structures and institutions of government. In November of 1931, Shoghi Effendi, head of the Baha’i Faith at that time, penned a letter expanding on certain principles and institutions necessary for humanity, as referenced by Baha’u’llah decades prior. One of the necessary future institutions would be, as he termed it, “some form of a world super-state”. In clarifying how some of the aforementioned principles would find expression, he said that “such a state will have to include within its orbit … a world parliament whose members shall be elected by the people in their respective countries and whose election shall be confirmed by their respective governments.”

On the occasion of the 75th anniversary of the United Nations, the Baha’i International Community’s United Nations Office published a statement entitled A Governance Befitting: Humanity and the Path Toward a Just Global Order which articulated a number of proposals worthy of further consideration. Highlighting the importance of an inclusive process to bring it about, it states that “the establishment of a second chamber of the General Assembly of the United Nations, where representatives are directly elected—a so-called world parliamentary assembly—could do much to strengthen the legitimacy and connection people have to that global body.” Its eventual creation must be the product of consensus and relies upon those who espouse the need for a World Parliament to help ever more citizens and governments recognize its merits.

The statement articulates that, “what was once viewed as an idealistic vision of international cooperation has, in light of the obvious and serious challenges facing humanity, become a pragmatic necessity.” Yet, it is also true that “[d]eliberative processes will need to be more magnanimous, reasoned, and cordial—motivated not by attachment to entrenched positions and narrow interests but by a collective search for deeper understanding of complex issues. Objectives incompatible with the pursuit of the common good will need to be set aside. Until this is the dominant ethic, lasting progress will prove elusive.” Finally, it goes on to say that for any set of proposed revisions or reforms “there would need to be a general consensus in favor of each for it to win acceptance and legitimacy.”

Ultimately, what growing numbers of people are calling for is the next logical step in global governance and its supporting institutions. Just as individual freedom finds its highest expression when all are subject to just laws fairly applied, state sovereignty will bear its fairest fruit when all nations accede to a corresponding set of global rules. Recognizing this as a clear eventuality, the question before us is the path we choose to arrive at this destination. 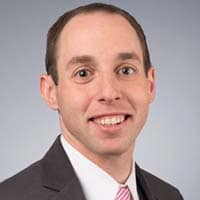