In a joint report published last week, a group of seven European think tanks led by the Foundation for European Progressive Studies (FEPS) and the Italian Istituto Affari Internazionali recommends that the United Nations (UN) should be made “more legitimate and representative by improving democratic participation.”

The report was published a few days after the opening of the UN General Assembly’s 75th anniversary session on the occasion of an international online conference on 18 September 2020 organized by FEPS and its partner organizations. 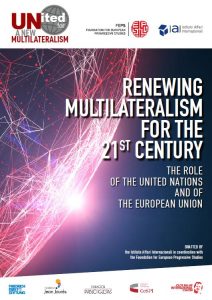 A UN Parliamentary Network and a Citizens’ Initiative

The report titled “Renewing Multilateralism for the 21st Century” makes comprehensive recommendations for a wide spectrum of issue areas. With respect to making the UN more democratic, the study advocates in the short term the creation of a “inter-parliamentary network composed of representatives of national parliaments, and parliamentary assemblies of regional organisations.”

The document points out that this new inter-parliamentary network would serve as a step towards the “longer-term objective” of creating a UN Parliamentary Assembly through a majority vote of the UN General Assembly “on the basis of the procedure provided for in Article 22 of the UN Charter.”

As a second item in the area of democratic participation, the report supports the creation of a World Citizens’ Initiative “as an instrument that allows citizens to submit proposals to the UN General Assembly” modelled on the example of the existing European Citizens’ Initiative.

According to the study, “geographically representative Organising Committees” would register initiatives that then need to receive “a pre-identified quorum of citizens’ signatures”. For this, it is suggested that “advanced digital platforms could be developed to facilitate the dissemination process and the online signature collection system.”

In a contribution to FEPS’ magazine The Progressive Post, former Member of the European Parliament Jo Leinen wrote that a UN Parliamentary Assembly “would act as an independent watchdog of the UN system, and as a democratic reflection of world public opinion”. It could simultaneously address the issues of inclusivity, transparency and accountability and also has the potential to increase the UN’s efficiency. Moreover, he emphasized that a World Citizens’ Initiative would give people an additional voice in global governance and “improve the credibility of the UN enormously, helping to guarantee its survival.”

These and other recommendations in the report serve as a contribution to a global debate on how to renew and strengthen the UN on the occasion of the world organization’s 75th anniversary.

At the online conference going by the title “UNited for a New, Fair and Inclusive Multilateralism”, the Special Adviser to the UN Secretary-General on the UN’s 75th anniversary, Fabrizio Hochschild-Drummond, presented first findings of a global survey the UN is conducting throughout 2020 which seemed to resonate with the aim of making the UN more democratic. Whereas a clear majority of 74% of respondents regard the UN as essential in tackling global challenges, the survey also indicates that people want a more inclusive, transparent, accountable and efficient UN.

At the event, FEPS’ President and EU lawmaker Maria João Rodrigues stressed that in order to cope with the current global challenges, “a major change in the balance of power at the United Nations” is required.

According to Rodrigues, this includes augmenting the competences and means of UN agencies, ensuring that the IMF, the World Bank and the WTO are in line with the UN’s objectives, in particular the Sustainable Development Goals, as well as involving all relevant actors from the local to the regional level and a stronger role for regional organizations. “Most of all we need to increase democratic ownership at the United Nations system, involving parliamentarians, involving civil society in new global partnerships and citizens at large”, she said.

In contrast to the forward-looking report, most expert speakers at the online conference remained mostly within the traditional mold of state-centric thinking. Many pinned their hopes on groups of like-minded states or a concert of democracies to defend and further develop multilateral norms.

As the report testifies, such initiatives are crucial but they remain insufficient to tackle citizens’ justified perception of political powerlessness in an interdependent world where decisions increasingly shift to the international level, which in turn fuels the current wave of nationalism that poses one of the main threats to multilateralism.

In a video message, German foreign minister Heiko Maas promoted the Franco-German initiative “Alliance for Multilateralism” as a new platform to involve “new partners, such as civil society, local governments, the private sector, and scientists”. However, it remained unclear in which way this collaboration between state and non-state actors would be going beyond existing formats and arrangements.

Other issues raised by the experts participating in the conference include the importance to strengthen the international rule of law against the selective approach that in particular the US and China are exhibiting with regard to WTO rulings and human rights, the imperative to reform the Security Council in a way that redresses its recurrent inability to take action in the face of crises, the necessity to tackle tax evasion by multinational corporations that drains states’ resources to address pressing challenges, and the need for greater solidarity with developing countries and emerging markets, whose grievances have not only been neglected, but ‘normalized’, as professor of International Affairs Monica Hirst put it.

Specific proposals for institutional reforms touched on in the keynote speeches and panel discussions included the establishment of a UN council of regions to mitigate the risks of increased regional competition and a fragmentation of the global order, a global economic coordinating committee with fair representation and greater legitimacy than the G20 format, and the creation of a committee on pandemics that the Security Council may establish as a subsidiary body.

A video recording of the entire conference is available on the event website. 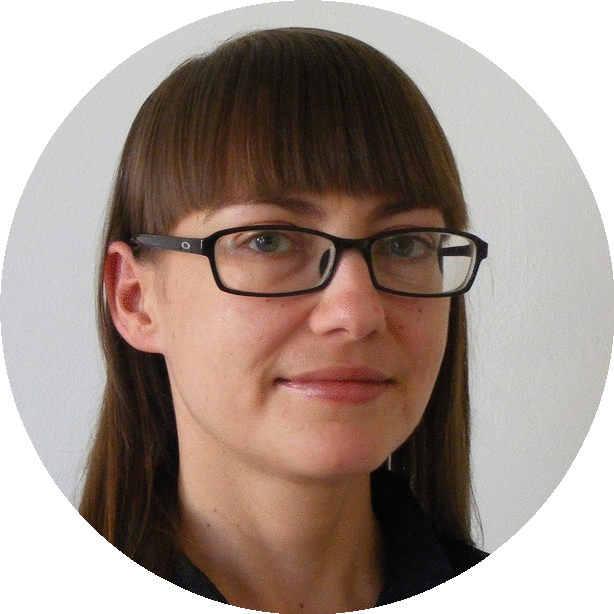 Jessica Seiler
Jessica Seiler holds a M.A. degree in Political Science from the Darmstadt University of Technology and specializes in questions of global order, security and democratization. She is a member of Democracy Without Borders.
Share on email
Share on facebook
Share on twitter
Read more