Transnational organised crime, in short TOC, is a growing problem that represents a global threat to human development, security and democracy. Organized crime groups operate increasingly across borders and spread violence, corruption and instability. Their activities result in gross human rights violations and undermine the social, economic, civil, political and cultural development of whole societies around the world.

In the Latin American and Caribbean region, TOC is the most pressing social, economic and legal issue. The so-called LAC region has shown decay in many domains of the Global Peace Index primarily because of higher levels of militarisation and violent crime broadly related to TOC. According to latest UN figures, for instance, around 34 per cent of the global total of homicides are recorded in this region which only accounts for less than 9 percent of the world population.

Due to its nature, TOC represents a big challenge to national law enforcement and criminal prosecution. It has become a key issue for the national legal systems of LAC countries because they have proven unable to solve this problem by their owns means. COPLA, a coalition of non-governmental organizations suggests that a Latin American and Caribbean Criminal Court against Transnational Organized Crime should be established to complement national judicial systems. This new regional judicial body would be capable of carrying out independent investigations and optimize the fight against transnational crime at the transnational level. An important reference is the UN Convention Against Transnational Organized Crime and its protocols.

Main TOC activities in the LAC region involve drugs, human trafficking and money laundering. To enlarge their business and reach, criminal groups are engaged in establishing international networks with other groups from different parts of the world. Having an effective institution capable of prosecuting TOC in this crucial region will benefit the global fight against organized crime.

As a regional multidisciplinary agency the court should monitor and track investigations and TOC-related situation across the region; promote the development and the improvement of national criminal law; promote judicial and police cooperation among member states and offer protection to witnesses.

According to a draft presented by a group of Latin American legal scholars, the main organs of this new judicial institution would be the following:

In terms of structure, the court is intended to be based on the model of the International Criminal Court but it differs with regard to its jurisdiction: 1) Illicit trafficking of drugs and firearms; 2) human trafficking; 3) smuggling of migrants; 4) trafficking in cultural property; 5) money laundering and 6) transnational bribery.

There have been two other initiatives in the region intended to tackle the TOC issue. The first one was a court proposed by Ecuador in the framework of the failed Union of South American Nations UNASUR but there was no consensus between member states to move forward. The other one is still in process: an International Anti-Corruption Court proposed by Colombia to be established as part of the UN system.

COPLA’s proposal is novel insofar the TOC court would not operate in the framework of an existing institution but as an independent supranational organization based on the cooperation of member states. A welcome and intended side effect of the court is to strengthen collaboration and integration in the LAC region. 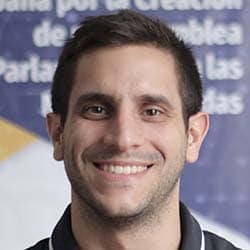