When I wrote Climate Change and the Future of Democracy in 2018, I discussed three distinct paths toward the goal of democratizing global governance in response to the climate crisis. The first path would bypass national governments altogether and organize municipalities on a global scale. This method was advocated by Benjamin Barber in his book If Mayors Ruled the World and has been further developed since his death in 2017 by the Global Parliament of Mayors. The second path would be to create a federal union of established democracies that could grow over time. The idea of combining the world’s democracies into a single federal union was advocated by Clarence Streit in his 1939 book Union Now, and the evolution of the European Union since the 1990s has made this strategy appear more plausible than it did during Streit’s lifetime.  The third and most ambitious path toward supranational democracy would be to democratize the United Nations. The most famous advocate of this idea was the physicist Albert Einstein.

In an open letter to the UN General Assembly in October of 1947, Einstein declared that, “The moral authority of the UN would be considerably enhanced if the delegates were directly elected by the people. Were they responsible to an electorate, they would have much more freedom to follow their consciences. Thus we could hope for more statesmen and fewer diplomats.” At the time, critics in both the United States and the Soviet Union condemned Einstein’s proposal, but the idea of bringing democratic representation to the United Nations has continued to grow over the past seventy-five years, and it has since been promoted by the Campaign for a UN Parliamentary Assembly.

“The moral authority of the UN would be considerably enhanced if the delegates were directly elected by the people.” (Einstein)

Each of these three paths toward supranational democracy has distinct advantages and drawbacks. Uniting municipal governments in a global parliament offers the advantage of bypassing nationalism, but it risks leaving rural people behind, which might exacerbate the cultural divisions between the city and countryside that have fueled the rise of illiberal politics around the world.

A federal union of democratic governments has a strong appeal since democracies have a long history of peaceful relations with each other, but it is bedeviled by the question of how it can balance political cohesiveness with democratic integrity when one of its member states elects to leave that federal union, or when one or more governments remaining within the union ceases to be a legitimate democracy.

Finally, the idea reforming the UN so that it includes an elected world parliament offers the compelling advantage of being the most direct and inclusive path toward supranational democracy, offering the possibility of representation to people in both rural and urban settings, and to people living under all forms of government. On the downside, this model is beset by the inevitable problem of unelected national governments sending handpicked delegates to the parliament who would not effectively represent the citizens of those countries. For this reason, a UN Parliamentary Assembly must remain an advisory body and must not attempt to consider any form of binding legislation until all of its representatives are elected in free and fair multi-party elections which are open to international monitoring.

A UN Parliamentary Assembly as most plausible response

In Climate Change and the Future of Democracy, I expressed qualified support for all of these approaches, and pointed out that they are not mutually exclusive. Nonetheless, I argued then that a federal union of established democracies was the steadiest path forward. Over the past two years, however, two developments have made the more ambitious goal of establishing a UN Parliamentary Assembly emerge as the most plausible response to the challenges we now face.

First, the process of backsliding in longstanding democracies has continued to accelerate, thus suggesting that any federal union of democracies would face an even more vexing choice between political cohesion and democratic integrity than that which confronts the European Union today. Second, the economic and political crisis engendered by the COVID-19 pandemic has brought the importance of agile and compassionate global governance to the forefront. This crisis, like the myriad ecological and public health crises that will emerge as a result of climate change in the near future, is global in nature and it requires a congruent response. If the UN is to meet this ongoing crisis and the others that lay just around the corner, it must become far more democratic, transparent, and responsive than it is today. The establishment of a UN Parliamentary Assembly is the necessary first step in that direction.

An excerpt from Climate Change and the Future of Democracy

Unless we bring the responsiveness, adaptability, and accountability of democracy to the global regulation of trade and industry, we will not be able to deal with climate change and the myriad disasters and disruptions that it is bound to engender. If each democracy attempts to weather the coming storm in the service of its own “national interest,” none of them will survive, at least not in the form that we might honestly describe as a democracy. Such democratic principles as due process, privacy, freedom of the press, and free and fair elections have already been eroded in the twenty-first century, and they are not likely to survive in a world where extreme weather events, droughts, famines, and mass migrations are addressed by an anarchical society of sovereign nation states, each angling for its own advantage in a zero-sum game. Conversely, if we can extend these vital principles of democracy beyond the nation-state, we will increase our own chances for survival through rational, accountable, and flexible cooperation.

The most difficult question regarding global democracy is not whether we should have it, but how we could possibly achieve it. The initiative in this case will not come from governments but from private citizens joining forces across national borders. The abolition of slavery in the nineteenth century and the political enfranchisement of women in the twentieth century both furnish excellent examples of how movements by individual citizens can lead to fundamental social, economic, and political change on a global scale. In his 2012 essay “The State of the Species” the celebrated author Charles Mann describes the scale of tremendous behavioral changes that have taken place in the past two centuries, including the statistical decline in violence documented by Harvard psychologist Steven Pinker, the near total eradication of slavery, and the growing enfranchisement of women across the world. Mann attributes these dramatic changes to the “behavioral plasticity” of human beings, “a defining feature of Homo sapiens’ big brain.”  Citing more quotidian examples, Mann observes that this plasticity “means that humans can change their habits; almost as a matter of course, people change careers, quit smoking or take up vegetarianism, convert to new religions, and migrate to distant lands where they must learn strange languages.” While it is far from inevitable that we will change our collective behavior soon enough to avoid catastrophic climate change, Mann submits that it is at least a possibility.

Pointing to the vast human potential that has been liberated by social progress of the past two centuries, Mann observes that, “removing the shackles from women and slaves has begun to unleash the suppressed talents of two-thirds of the human race. Drastically reducing violence has prevented the waste of countless lives and staggering amounts of resources.” He then poses the rhetorical question of whether “we wouldn’t use those talents and those resources to draw back before the abyss?” Of course, the jury is still out on whether the past successes in human progress that Mann discusses portend future success in addressing the unprecedented challenge of climate change. However, Mann’s point about liberating “the suppressed talents of two thirds of the human race” suggests that supranational democracy is the political system is most likely to meet that challenge. The facts on the ground indicate that the protection of individual rights and access to education for women can pay dramatic dividends in fighting climate change. In his 2017 book Drawdown the environmentalist Paul Hawken  reports that educating girls and women is “the most powerful lever available for breaking the cycle of intergenerational poverty, while mitigating emissions by curbing population growth.” Hawken also cites research that ranks campaign to educate girls, such as those led by Malala Yousafzai of Pakistan, as among the most cost-competitive options for reducing carbon dioxide emissions, requiring an approximate investment of “just ten dollars per ton of carbon dioxide.”

The slow and arduous expansion of democracy and individual rights in the United States only began in earnest after the catastrophe of the Civil War. In the years following of that conflagration, the American poet Walt Whitman penned an essay called “Democratic Vistas” in which he identified the creation of a universal community that honored each individual as the ultimate goal of democracy. This was a powerful ethos that “ever seeks to bind, all nations, all men, of however various and distant lands, into a brotherhood, a family.” Whitman identified this audacious goal as “the old, yet ever-modern dream of earth, out of her eldest and her youngest, her fond philosophers and poets.” Though Whitman viewed the horizontal expansion of democracy as encompassing the whole human race, he viewed the powers of any democratic government as limited by a necessary respect for the autonomy and responsibility of the individual. As Whitman saw it, the “mission of government” was “to train communities through all their grades, beginning with individuals and ending there again, to rule themselves.”

Democratic institutions need to evolve beyond the scope of national borders

The relationship between a butterfly and its chrysalis offers a biological analogy that could shed some light on this relationship between the ideals of democracy and the sheltering institutions of the nation state. In the closing words of his Gettysburg Address, Lincoln alluded to the broader significance of the struggle to preserve the Union for the fate of democracy across the world. In Lincoln’s reasoning, the function of the Union was not only to protect the rights of its citizens but also to provide a shelter for democratic movement that transcended national borders. Like a chrysalis defending the slow transformation of a caterpillar into a butterfly, the Union provided an irreplaceable shelter in which the culture and legal institutions of the United States could mature into a new kind of democracy: “a new birth of freedom” that would be unprecedented in size and scope. The analogy of the chrysalis and the butterfly, like so many analogies drawn from nature, entails both creation and destruction. For the butterfly to take flight, it must tear open the shelter of the chrysalis and leave it behind. What had been a shelter would become a sarcophagus if this process did not take place. The nation state, which has sheltered democracy for centuries, will become its sarcophagus if democratic institutions are not allowed to grow and evolve beyond the narrow scope of national borders.

The question that the human race faces in the twenty first century is not whether we should or should not have global governance. The global governance that we already have insures the nearly frictionless flow of goods and services around the planet by maintaining and expanding a transport and communications infrastructure that dwarfs anything seen in all of human history. The real question is whether we can make the global governance that we already have fairer, more democratic, and more effective in protecting the lives and wellbeing of the living and the yet to be born. 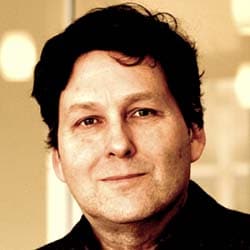